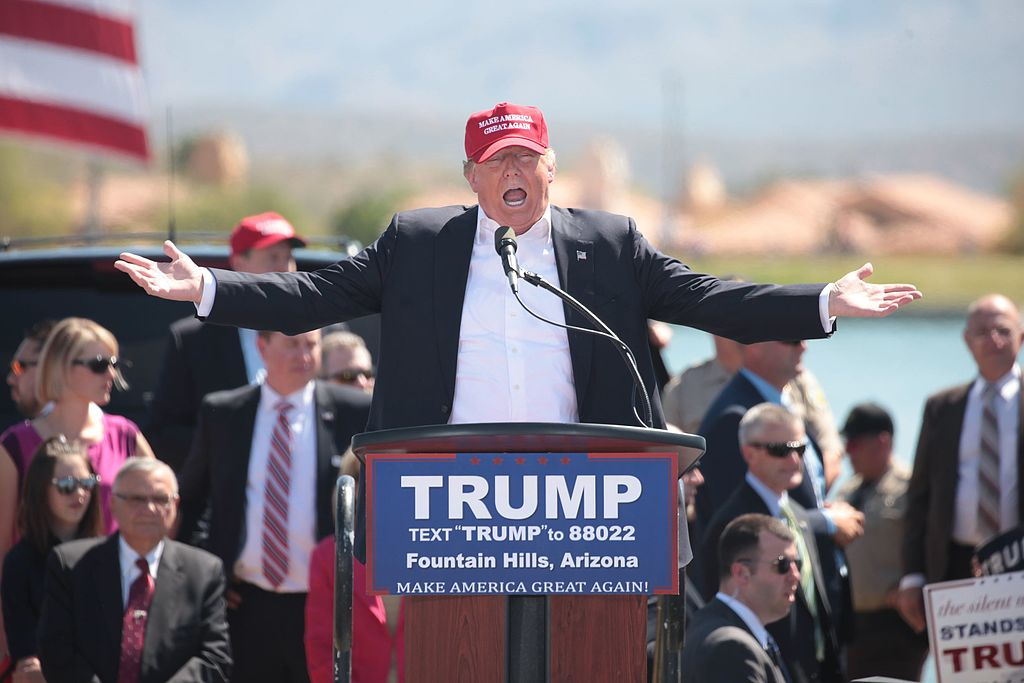 Amid a national movement for racial justice and a pandemic that’s disproportionately impacting communities of color, the Trump administration has finalized a sweeping overhaul of one of America’s most important environmental laws in order to fast-track infrastructure projects and cut the public out of the democratic review process.

The new rule changes how the federal government implements the National Environmental Policy Act, a 50-year-old law that safeguards air, water and land by requiring federal agencies to conduct detailed environmental assessments of major infrastructure projects. President Donald Trump announced the final rollback during a visit to a UPS facility in Atlanta on Wednesday.

“For decades the single biggest obstacle to building a modern transportation system has been the mountains and mountains of bureaucratic red tape in Washington,” he said.

The Trump administration has painted the rollback, which the White House Council on Environmental Quality first proposed in January, as little more than an overdue effort to “modernize” the law, speed up lengthy permitting and ease regulatory burdens for American business. But critics see it as yet another handout to polluting industries and an attack on environmental justice.

It is through the NEPA review process that communities ― often low-income and communities of color ― are able to have a voice and fight back against fossil fuel pipelines, power plants and highways that pose potential risks to communities, the environment and public health.

“These watered-down rules would turn the whole purpose of the law on its head, giving a greater voice to the worst-polluting industries while shutting out the communities with the most to lose and fewest resources to defend themselves against pollution and other harms,” Jamie Williams, president of The Wilderness Society, said in a statement.

The controversial measure ― the first major update to the law in more than four decades ― is meant to speed energy projects and other construction by limiting the number of projects that require in-depth environmental review and expediting the process for those that do. It establishes strict two-year limits for completing reviews on major projects and a one-year deadline for smaller projects. It also gives companies greater power over the environmental reviews of their projects ― assessments that have historically been conducted by federal agencies and outside contractors.

Perhaps most significantly, federal agencies will no longer have to weigh a project’s vulnerability to climate change or its “cumulative” effects on global warming. That means an agency could, for example, greenlight a massive oil pipeline or coal-fired power plant with little or no consideration for the global climate change that is already wreaking havoc around the world. Between 2010 and 2019, 119 climate and weather disasters in the U.S. caused more than $800 billion in damages, according to a federal report released in January.

“Despite all of the bluster and noise, no one believes that sacrificing clean air and water will magically produce the funding necessary to build the infrastructure the United States so desperately needs,” Christy Goldfuss, a former chair of the CEQ under President Barack Obama and current senior vice president for energy and environment policy at the left-leaning Center for American Progress, said in an email statement. “The gutting of this bedrock environmental law denies the American people their simple right to have a say when pipelines are built next to their schools or coal mines are dug in their backyards. Today’s final rule denies the reality of our climate crisis and the reality of our democracy.”

Environmental groups have promised to challenge the rule in court.

Earlier this month, a federal court ordered the controversial Dakota Access Pipeline ― one of several fossil fuel pipelines Trump has helped champion ― to shut down, citing the Army Corps of Engineers’ failure to comply with safety requirements under the National Environmental Policy Act.

“When it comes to NEPA, it is better to ask for permission than forgiveness: if you can build first and consider environmental consequences later, NEPA’s action-forcing purpose loses its bite,” U.S. District Judge James Boasberg of the District of Columbia wrote in his opinion.

Fossil fuel and other industry groups applauded Wednesday’s announcement, saying it would create jobs and provide certainty to major developers.