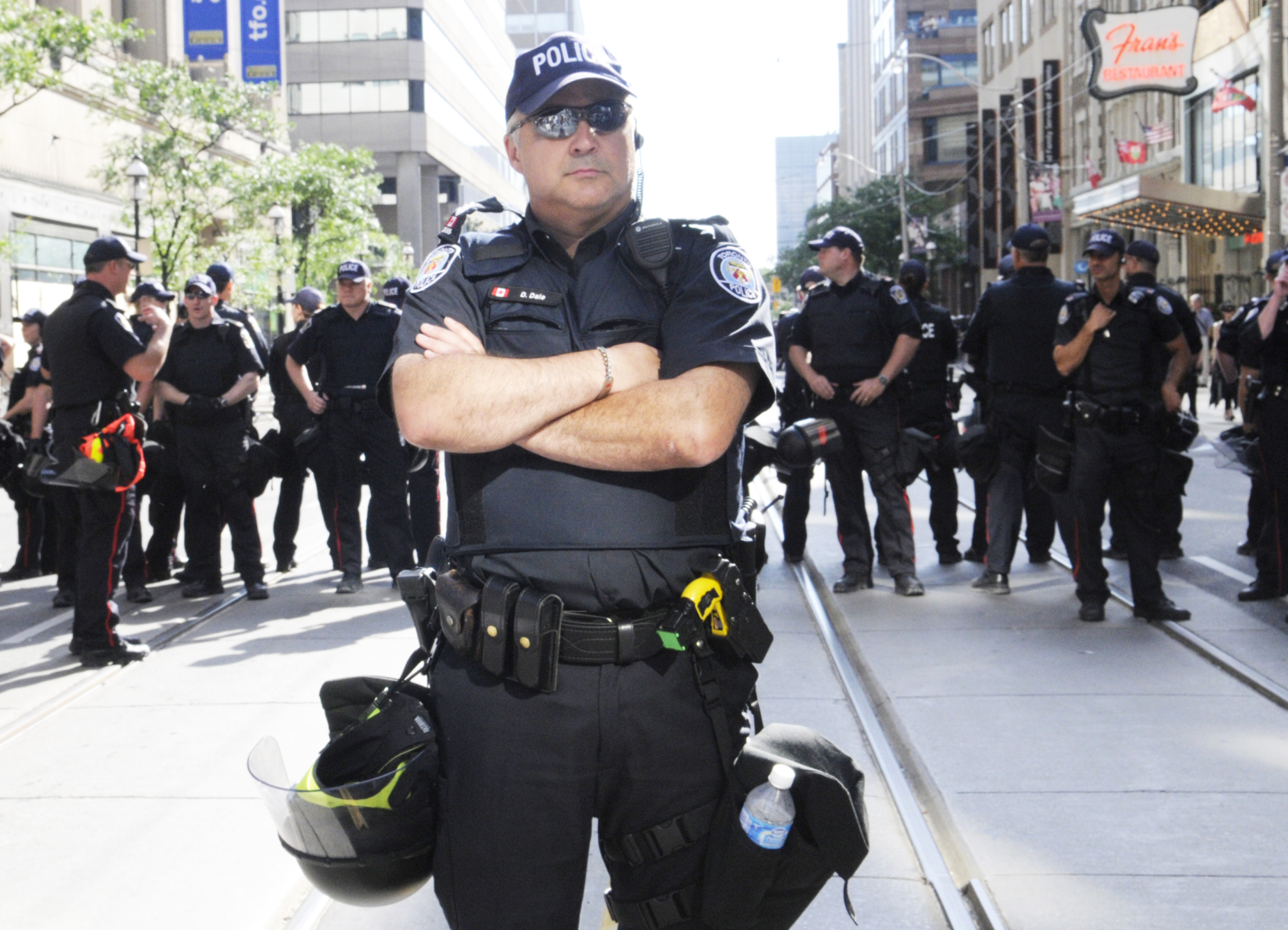 Without major changes to policing, talk of rebuilding trust is just hot air. Photo by Shutterstock
Previous story
Next story

Late last month, Michael Theriault, a Toronto police officer, was acquitted of aggravated assault and attempting to obstruct justice. But the off-duty officer was convicted of the lesser charge of assaulting Dafonte Miller. Theriault's brother, Christian, was acquitted of all three charges.

The charges arose from an attack on 19-year-old Miller in 2016, when Miller and friends were allegedly caught “car hopping” and stealing from vehicles.

Coming in the wake of global protests around police killings and excessive use of force against Black people, Indigenous people and people with mental health issues, many are upset at the decision. Police in Canada have not escaped scrutiny, after videos of police shootings and what appears to be excessive use of force with minorities.

Due to the racial undertones of the attack and the horrific nature of the injuries sustained by Miller, Ontario Superior Court Justice Joseph Di Luca noted that the case, and others like it, "raise significant issues involving race and policing that should be further examined."

Indeed, what we should be upset about is the system itself, which does not extend the same benefits and due process to BIPOC, people with mental health issues. Unfortunately, the colour of one’s skin, status and wealth go a long a way when appearing in front of Lady Justice, whose blindfold slips off too often.

Justice Di Luca clarified that his mandate was not to conduct a public inquiry on race and policing, or to appease the public — it was to decide the case based on the evidence presented.

So, who should we be turning to address these serious concerns?

Toronto city council voted against a 10 per cent decrease in police funding and voted in favour of a number of cosmetic changes: introducing body cameras and a commitment to implement recommendations from previous inquiries into police overreach.

If city councils and law enforcement officials genuinely wish to change the status quo, then let them consider the following and work to push these along:

"If defunding the police sounds extreme, then at least de-task officers and offload some of the work we impose on the police to better-qualified and resourced outfits."

They should be calling for a public inquiry into police misconduct, discrimination and abuse of power.

If defunding the police sounds extreme, then at least de-task officers and offload some of the work we impose on the police to better-qualified and resourced outfits.

Let us divert some of the funding to enhance response to mental health calls and provide better training.

Let us redirect some funds from weapons and military gadgets to train police in de-escalation.

Let the police earn the trust and respect of the communities they serve by demonstrating that they genuinely want to serve and protect, not profile, assault and maim. Secure forts and armoured vehicles will then not be necessary.

All police forces must ensure that all officers and vehicles are equipped with cameras. Toronto city council’s promise to introduce body cameras is a good move. Though as critics have pointed out, this is just a first step. We need to implement protocols to ensure that the video evidence does not disappear when convenient and is available for public scrutiny.

Comprehensive rules must be enacted to make sure that cameras are turned on. If it was not turned on or it was shut off by the officer and there is an allegation of abuse, then the onus must be shifted to the accused officer to disprove the allegation.

When will we get true independent oversight? No more cops or ex-cops and toothless bodies investigating police misconduct. Truly independent outfits must do this work and must be accountable to the public. In Ontario, for instance, most complaints go to the Ontario Independent Police Review Director (OIPRD).

Most matters end up being found unsubstantiated, and even if allegations are substantiated, the OIPRD does not have any real power of sanction. More serious situations where there is a death, serious injury or allegations of sexual assault involving police officers are investigated by the Special Investigations Unit (SIU).

There is no official nationwide tracking of what happens to police complaints, but according to a 2010 Toronto Star investigation of the first 20 years of SIU investigations, there were at least 3,400 investigations conducted, and criminal charges were only laid in 95 of these. This means that less than three per cent of the complaints end up going anywhere. Remember that the majority of police abuse cases of power do not even make it to the SIU.

When will we see more serious punishment when a law enforcement officer is found guilty of misconduct or a criminal offence? The standard practice of giving charged police officers a paid holiday must change if police are to begin to act more carefully and if the public is to regain trust.

Accusations and complaints should not trigger serious employment consequences, but charges and findings of misconduct must come with serious consequences. Moreover, if convicted, officers must receive more serious punishment than others. We must expect better from our law enforcers.

When will we break up the mafia-like police unions and introduce significant changes to police culture? In Canada, there have been unflattering media reports about police unions. In the U.S., some activists and scholars have started to talk about racketeering-type investigations against police unions. Here in Canada, it’s also time to take unions to task.

It is well past the time to be more selective in screening our police officers like we do with others tasked with important roles in our society. Someone authorized to kill on our behalf ought to be as educated, and more accountable, than those authorized to teach, interpret the law and save lives.

Making police officers feel the financial pinch will also impact their conduct. Why not mandate police officers to pay into misconduct insurance plans with premiums tied to claims and payouts? As officers pay for their own legal fees and settlements through their premiums, I am sure more of the “good” officers will speak out against the “bad” apples.

Without major changes to policing, the rebuilding of trust talk is just hot air, and the elephant in the room that Justice Di Luca highlighted will just get fatter.

In the interest of full disclosure, I am representing an elderly Black couple in a complaint and civil suit against the Durham Regional Police for use of excessive force.

Thank you, Mr. Kutty, for

Thank you, Mr. Kutty, for mentioning detasking the police in this excellent dissection!
I listened to an interesting interview on CBC radio 1 this week with a seargent in the White Rock, B. C. police, and he also explained the need to redirect some of the jobs that police are given to other, more appropriate services.
As well, two policemen returned to a unit in my condo here in Burnaby one evening to carry out a "follow up" on a domestic disturbance. Having witnessed some of the activity of the original disturbance, I know full well that a social service - counsellor, social worker - would have been the better option. The cops even told me that they were completely unauthorized to ask questions or challenge their orders. Change cannot come soon enough!