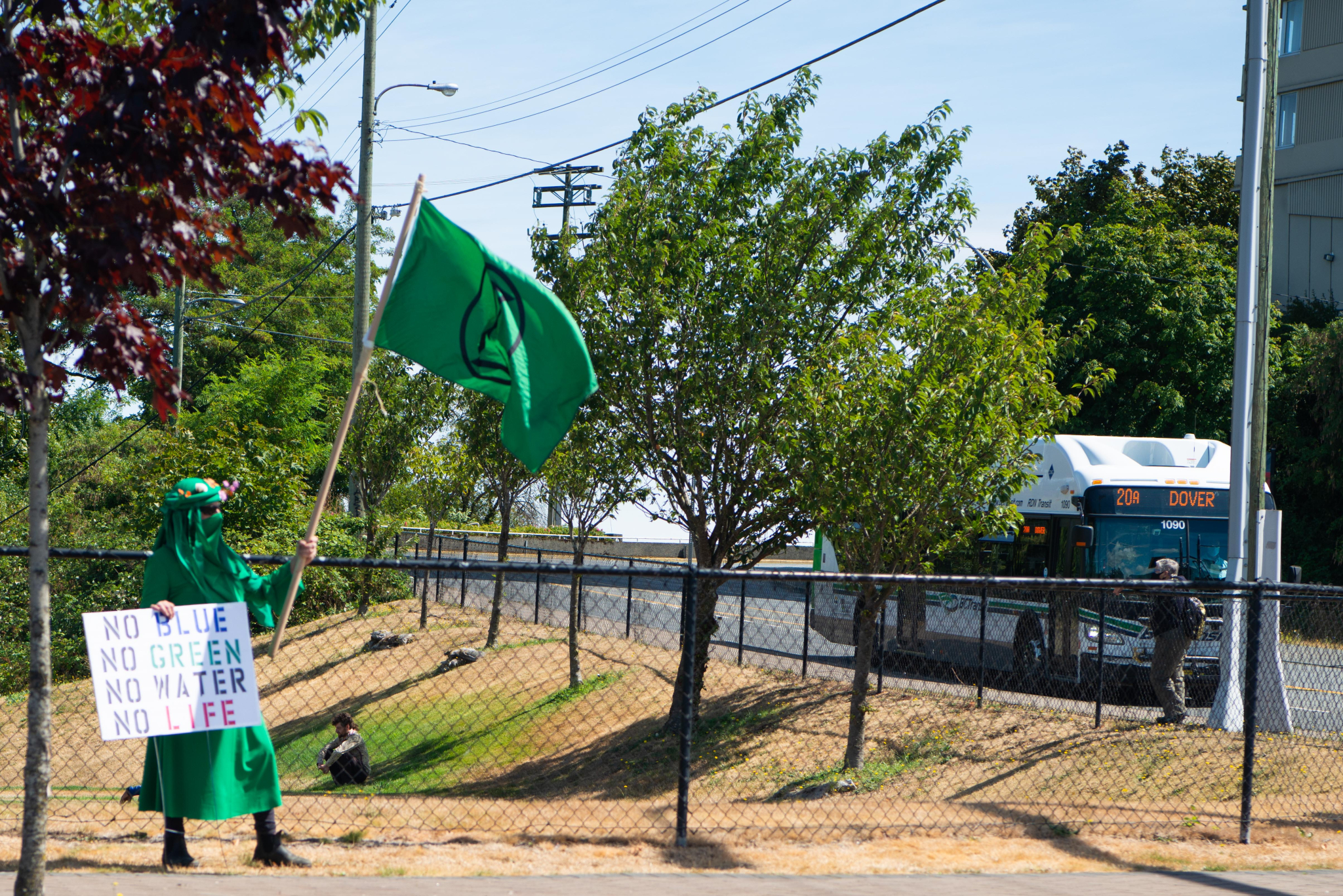 A protester holding an Extinction Rebellion flag at a rally in Nanaimo on Saturday, Aug. 8, 2020. Photo courtesy XR
Previous story
Next story

A British Columbia legislator says the province’s anticipated strategic review of old-growth forest management is coming by late summer or early fall, and will include “immediate actions."

Doug Routley, the BC NDP member for Nanaimo-North Cowichan, made the comments following an announcement by James Darling and Robert Fuller on Monday that they had ended their hunger strike on Vancouver Island, after becoming disillusioned with government action.

The province’s Old Growth Strategic Review Panel said this spring it had submitted its recommendations on how to manage B.C.’s dwindling supply of old-growth forests to Forestry Minister Doug Donaldson, after hearing from hundreds of people over a period of several months last winter.

The B.C. government has been under pressure from Extinction Rebellion activists, including Darling and Fuller, to move forward with those recommendations, after an independent scientific report this summer suggested provincial figures were misleading and that only about three per cent of forests with very large, old trees still remained.

“In order to inform our science-based approach we commissioned the Old Growth Strategic Review, and will be releasing the report later this summer or early in the fall,” Routley said in emailed comments sent to National Observer Aug. 10. “This report will include immediate actions and chart out next steps.”

Over a two-week period, Darling and Fuller protested outside Routley’s office and that of Nanaimo MLA Sheila Malcolmson. They began July 26, after penning a letter to B.C. Premier John Horgan saying they wouldn’t eat again until he banned old-growth logging.

In an Aug. 10 statement, the two said they were ending their strike, even though the government had “refused to declare a moratorium.” They also claimed to have been told that B.C.’s hands were tied on the issue of old-growth logging due to international trade issues.

Routley said the provincial government wants to develop a “balanced” approach to managing old-growth forests that “protects the biodiversity of these unique ecosystems while supporting the forestry industry and the families and communities that depend on this sector.”

In a Jan. 31 submission to the review panel, the BC Council of Forest Industries said the sector contributes $12.9 billion to provincial GDP and supports over 100,000 jobs — yet is experiencing “challenging times” due to U.S. “protectionism” and high tariffs and that have forced “dozens of mills” to close. The industry group recommended embracing “sustainable forest management” as part of a strategy that acknowledges the province “already has a balanced forest portfolio.”

The Canadian Parks and Wilderness Society, however, said industrial logging practices over 150 years have led to three-quarters of the original old-growth forests on B.C.’s southern coast being logged. It called for a moratorium on old-growth logging, and for the practice to be phased out completely.

A British Columbia legislator says the province’s anticipated strategic review of old-growth forest management is coming by late summer or early fall, and will include “immediate actions."

On Saturday, Darling spoke at a gathering held at Maffeo Sutton Park in Nanaimo, meant to mark the end of the protest, and admitted he was “at my wits’ end.”

He raised the conclusions of the UN Environment Programme last November, that even if countries around the world do meet their Paris agreement commitments, it would still mean a 3.2 C global temperature rise over pre-industrial levels. Scientists say this global heating will bring mass extinctions and lead to large parts of the planet becoming uninhabitable.

“I don’t know what to do about the catastrophes that seem almost inevitable at this point,” Darling said. “I’m really terrified about what the future has in store for my son and for his generation.”

Thank you for this article. It's so disturbing and short-sighted that BC continues to log old-growth forests. Thank you to Mr. Darling and Mr. Fuller for their courage in trying to bring more public attention to this issue through a hunger strike. Is anyone listening?