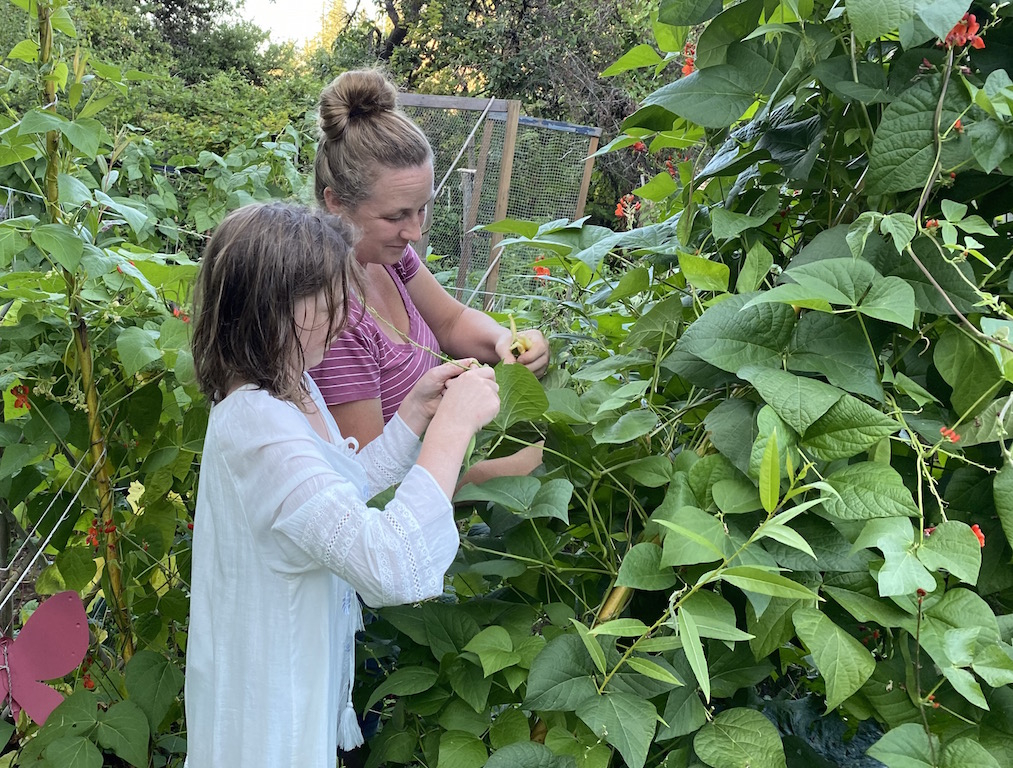 Quadra Island mother Moncia Seitz says she's not planning to have her kids return to school in the fall. Photo courtesy of Kailen Crosson
Previous story
Next story

Many teachers and parents are anxious about B.C.’s back-to-school plans, and many are unsure if they’ll return their kids to classrooms this fall at all.

Monica Seitz says her three children won’t be headed back to school in September due to concerns around physical distancing and mask use in the classroom.

The province’s messaging around pandemic protocols seems contradictory when it comes to kids in school, said the Quadra Island mother. While the public health messaging has been to keep to small groups, “with children, we're just going to throw them all in together,” Seitz said.

Only 40 per cent of B.C. parents have resolved to send their children back to school, compared to 59 per cent of parents nationally, according to a Leger survey.

“I might send the older one later on, but not my youngest, for sure,” she said.

“She's such a tactile child, it would be a nightmare. She’s the kid where I’m still like, ‘Hey, please don't lick things.’”

The family is also at higher risk from COVID-19, as Seitz and one of her children have compromised immune systems.

Kids and masks are a touchy situation

She said she would like to see masks mandated in classrooms, but she’s not entirely confident it would do much good, especially with young kids.

“She's such a tactile child, it would be a nightmare. She’s the kid where I’m still like, ‘Hey, please don't lick things,’” B.C. mom Monica Seitz on her worry young children won't be able to properly physical distance when they return to school.

“We can’t get grown-ups to socially distance and wear a mask, but we think kindergarteners are going to have a lock on that?”

“The majority of kids should be wearing them,” Seitz said, adding the obvious exceptions would be students with any health issues or students with special needs.

But, it’s a layer of protection even if flawed, she said.

“It's not just about the kids who might be fine. But they might be going home to elderly parents,” Seitz said.

“My neighbor, she's 75 years old and is raising a seven-year-old. He might be fine, but she’s at risk.”

Similar to many provinces across Canada, B.C. currently doesn’t mandate masks in the classroom.

However, Ontario has mandated their students in Grades 4 to 12 use masks in schools, including in classrooms.

Alberta is making mask-wearing mandatory from Grade 4 to Grade 12 in common areas.

As well, guidelines from the Public Health Agency of Canada suggest students 10 or older wear masks at school.

A full 73 per cent of B.C. parents want to see children using masks in schools, according to another recent poll by Leger.

Most of those in favour, 51 per cent, wanted students to wear masks at all times, versus 22 per cent who wanted masks worn only outside of class during recess, lunch or on a school bus.

Support for student mask use was highest in Ontario and B.C., which had very similar poll results.

It was lowest in the Prairies, with Alberta, Saskatchewan and Manitoba all showing 47 per cent support.

Kids are capable of wearing masks in class

Teacher Brent McConnell is strongly in favour of students wearing masks in classrooms to keep transmission rates in check.

Other countries and regions in the world have mandated masks in schools and classrooms, said McConnell, adding he’s lived abroad where mask use is a norm.

“People point to the success of the reopening of schools in Asia, where mask use is common,” the Quadra Island resident said.

“Kindergarten kids are wearing masks with no problems. They are used to it and totally capable of it.”

Masks provide an added layer of protection, given that class sizes in September will be larger than they were in June, with the province pushing for a near full return of students to classrooms, McConnell said.

Students with disabilities, many of whom are at higher risk from COVID-19, would benefit if their peers wore masks, he added.

If masks were mandated in schools, with reasonable exceptions, it would provide more clarity and stop the constant cycle of debate on the issue, McConnell said.

“If it's not mandated, and merely recommended, it just leads to people constantly arguing over whether you should wear a mask or not.”

Without regulation, students or teachers with compromised health, or who have family who are at risk, are left in the uncomfortable position of trying to urge others to wear masks, he added.

“An undue burden and onerous task is placed on (those) people … to defend themselves, avoid bullying and advocate for safe practices,” McConnell said.

“The idea that British Columbian (students) are incapable and incompetent of being able to use masks appropriately is absurd.”

Dr. Henry restated Monday that she didn’t believe it necessary to mandate the wearing of masks in classrooms, especially for young children.

While there was room for use of masks in schools, they fell at the end of a hierarchy of COVID-19 control measures, Henry said.

“They are, as I said, one of the layers of protection that we have,” she said, adding every school and classroom situation was unique.

Other measures could include adapting activities and school surroundings to ensure distancing and to stem the transmission of the virus, she said.

Also, examining ventilation systems and staggering traffic flow in hallways and outside a building’s chokepoints are other tactics.

But having a younger child sitting all day in a classroom with a mask on was not realistic, Henry said.

“I absolutely believe there's a role for masks in places in our school settings, particularly for teachers and administrators, when they cannot maintain distance,” she said.

“But we also know that masks can interfere with the ability to learn.”

Terri Mooring, president of the BC Teachers' Federation, said the most important measure to protect staff and students’ health with the return to school was smaller class sizes.

“There seems to be a lack of recognition by folks that maybe aren’t in schools every day about how crowded schools are and how difficult social distancing might be,” Mooring said.

Also, daily health checks and ensuring hand-washing stations in every classroom are also key layers of protection, she said.

Additionally, teachers and administrators need more time to prepare schools for the safe return of staff and students, Mooring said.

Both the BCTF and the B.C. Principals’ and Vice-Principals’ Association have been pushing the province to consider flexible start dates based on school readiness rather than a full return on Sept. 8.

On Tuesday, Education Minister Rob Fleming indicated a staggered return to school was being considered.

The province is working with a steering committee that includes key stakeholders in the K-12 system to ensure students are in classes and learning groups that will limit interactions and exposure to the virus, Fleming stated.

“If that takes some extra time and builds additional confidence and fulfils the guidelines that have been developed by Dr. Bonnie Henry and her team, that's what we're going to do,” he said.

On Wednesday, the B.C. Education Ministry confirmed the first week of school will be graduated to allow students and staff extra time to get oriented to the new health and safety measures.

Staff will return to work Sept. 8 to meet with school health and safety committees. But students won’t be back at school until Sept. 10 when they’ll receive class orientations to the new protocols.

The province has also committed $45.6 million to school districts for enhanced cleaning, hand-washing stations, reusable masks and other measures to support safe learning, the Education Ministry stated in an email Tuesday.

The ministry did not clarify if it was considering reducing class sizes as a measure to enhance distancing in schools.

As for masks, Mooring said teachers in classrooms are probably inclined to support recommendations they’ve heard from public health officials throughout the pandemic.

“In the public realm, we always hear the same message. You either need to physically distance, and if you can't, you need to wear a mask,” Mooring said.

“And so, I guess teachers are hearing that message loud and clear in our communities, and are questioning why are we doing things differently in the classroom?”

Editor’s note: Following the publication of this National Observer story, a change was made to include new information released by the B.C. Ministry of Education on Wednesday about the start dates of school in the fall.

Masks mandatory for Quebec students Grade 5 and up