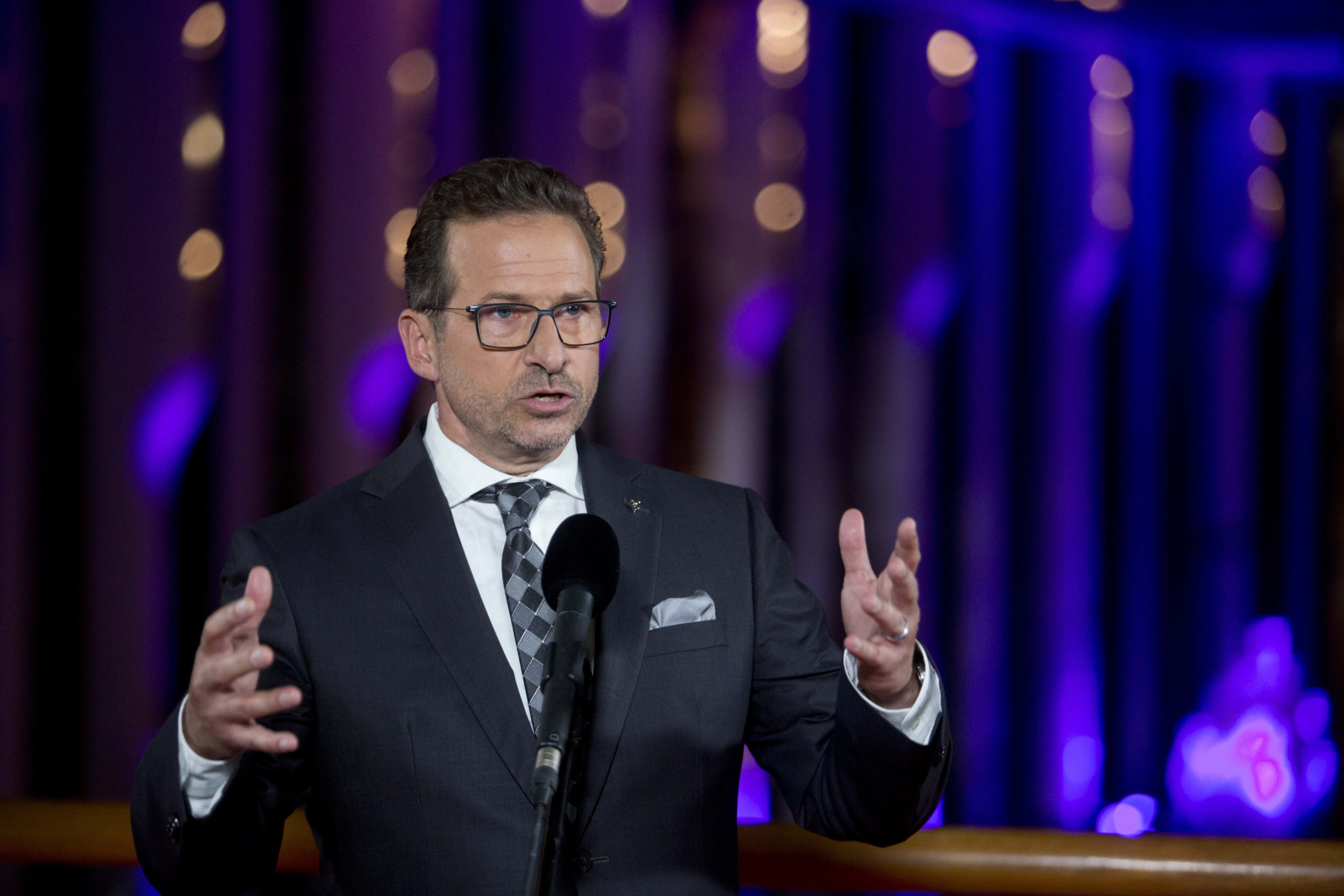 Blanchet, the Bloc leader, said in Ottawa on Aug. 12 that although Canadians have entrusted the prime minister and his government with large sums of money to manage the coronavirus pandemic, recent controversies have raised questions over whether Trudeau’s minority Liberals are worthy of Parliament's continued confidence.

Those controversies include the federal ethics commissioner’s probe into whether Trudeau and Finance Minister Bill Morneau broke conflict-of-interest rules in connection with a sole-sourced government contract to WE Charity, as well as another decision to outsource a rent subsidy program to a company where the husband of Trudeau’s chief of staff Katie Telford is a senior vice president.

“All the political parties, apart from the government of course, can see that among non-Liberals (there is) greater support for a quick election. Of course those are only surveys, but it’s quite high,” Blanchet told media in French. “For Canada and Quebec, it would be preferable that Mr. Trudeau and Mr. Morneau — who have shown that their way of managing taxpayers’ money is not worthy of our trust — should resign.”

The ethics commissioner has previously found Trudeau to be in violation of federal ethics rules twice before: once in 2017 in relation to a vacation on the Aga Khan's private island, and again in 2019 in relation to SNC-Lavalin.

An online poll by Leger and the Association for Canadian Studies, that took place July 31 to Aug. 2, found that roughly half of respondents said that if Trudeau is found to be in violation of the ethics rules for a third time, there should be an election.

Trudeau and Morneau have apologized for not recusing themselves over the WE decision. Trudeau is on vacation with his family and was not expected to attend the summer sitting of the House of Commons on Wednesday.

The prime minister has, however, testified before the Commons finance committee about the issue, as have other officials. He said he "pushed back" when he learned that WE Charity had been recommended by the public service to run the Canada Student Service Grant, given his family connections to the charity.

Trudeau's office has also said that Telford recused herself from all discussions involving her husband's company and so didn't have anything to do with a Crown corporation's decision to outsource the contract to the firm.

“The office of the ethics commissioner was consulted, a screen was put in place, and all the appropriate steps were taken,” Social Development Minister Ahmed Hussen told the House of Commons on Wednesday, in response to questions from opposition members.

Davies: No election without all opposition

For Blanchet to trigger an election, the 32-member Bloc caucus would have to gain support for a motion of non-confidence from several other opposition MPs, in order to overcome a 156-member Liberal government. The majority threshold is 170 votes.

The leader of the Conservatives, with 121 MPs, has also recently called for Trudeau and Morneau to both step down, although Andrew Scheer has not called for an election, saying the Liberals have the right to govern the country given that they received the most seats in the last election.

The NDP, with a 24-member caucus, has signaled they would not automatically back an election push. Leader Jagmeet Singh, the MP for Burnaby South, said he was focused on trying to make Parliament work, fixing employment insurance and boosting child care.

Then there are the three Green Party MPs and two Independent members of Parliament who could play a role in any confidence vote.

"Note to Canadians: no election can be called without all opposition parties (Cons, NDP, Bloc) agreeing, or the Liberals doing it themselves," NDP health critic and MP for Vancouver Kingsway, Don Davies, tweeted Wednesday.

In addition to the House of Commons voting math, there is also the issue of administering an election during a pandemic.

Blanchet brushed off worries about that Wednesday, suggesting that there are physical distancing measures that could be put in place if Canadians go to the polls. And he argued that the alternative would be to allow the Liberals to continue to govern without sufficient oversight.

“If we say the contrary, it would mean that as long as we have a pandemic, we will have a dictatorship. So we have to do what has to be done, when it has to be done," he said.

Editor's note: This story was updated at 4:33 p.m. Eastern on Aug. 12, 2020 to include a tweet from Don Davies and additional information about the House of Commons.

I do not wish to have an

I do not wish to have an election over the WE issue. I am not interested in seeing Trudeau resign.

Couple of political commentators I've seen agree: It's a stupid stunt. He doesn't have the power to trigger an election, and if he did he wouldn't because it would be unpopular and (in the current moment) potentially dangerous. He's just making some noise that signifies nothing, hoping to look tough for free since there's no way he'll have to back up his words.

Surely there is a more

Surely there is a more appropriate punishment available than attempting to overturn the government during these tragic times? This would cost Canadians far more than the sums in question, and would probably result in a return of the real Graft And Corruption Party.

We have two Real Graft and

We have two Real Graft and Corruption parties! And they take turns ruling... which is why they're corrupt.

No election please.
(& I voted Green )

Having an early election

Having an early election during a pandemic would be stupid, but I appreciate Blanchard for pushing hard for Trudeau and Morneau (both 'eau's') to resign. He's the only one doing it. We just need to have a better way. I have written to all the opposition parties about this: it should be possible to have a confidence vote on the PM alone. The opposition parties could pass such legislation if they worked together.

The logic of an election to remove an unfit PM is flawed. We don't elect our PMs directly, therefore it makes no sense to ask us to pick a new one with an election, ESPECIALLY under a system in which a party only needs 38% of the votes to win a "majority." A system with no way to remove a PM is not truly a democracy. Nor is a system of "minority rules." Conclusion: Canada is not truly a democracy, and that's the problem that needs resolution.