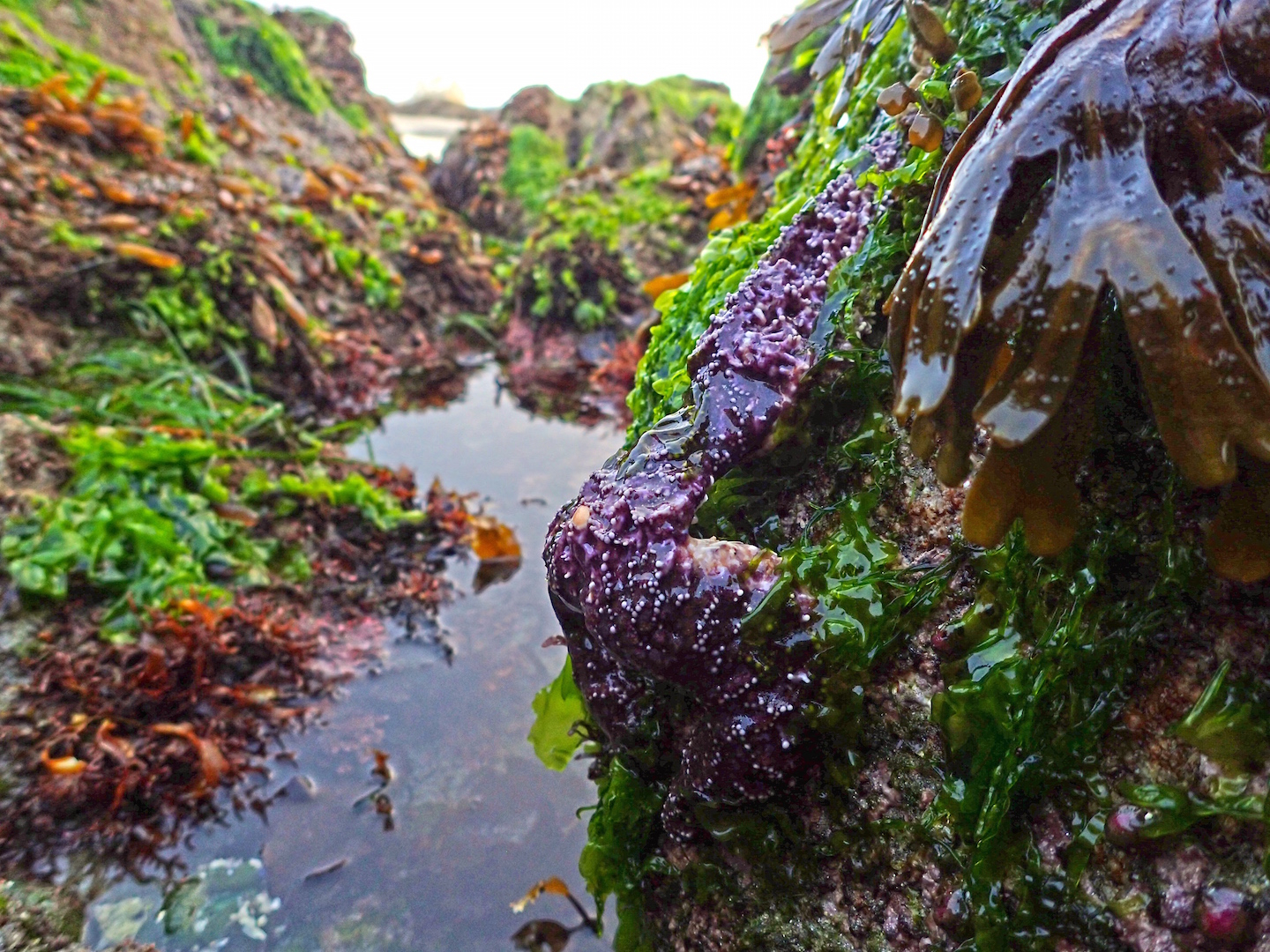 Every child who has ever explored a West Coast shore relishes the discovery of a sea star, with its bumpy skin, jumble of arms and striking colours.

But the once common treasure of the tidal pool is at risk of being eradicated along the Pacific coastline from a deadly combination of disease and warming oceans caused by climate change, said biologist Alyssa Gehman.

“It’s hard when you're thinking about conservation of a species,” said Gehman. “Because climate change, well, that's a very big problem to address.”

The problem surfaced in 2013, when sea star wasting disease (or SSWD) was spotted along the B.C. and Washington coasts.

It then rapidly began to lay waste to many as 20 different sea star species from Mexico to Alaska, said Gehman, a researcher with the University of British Columbia and the Hakai Institute.

The syndrome, linked to a virus, starts as white lesions on the sea stars, but quickly causes their arms to fall off and reduces the creatures to white piles of mush.

“It looks like they are melting away,” Gehman said. “It’s really sad.”

Two of the most affected sea stars, the ochre and the sunflower stars, were once abundant on the B.C. coast, but both were ravaged by SSWD, she said.

The sunflower sea star has been hit especially hard.

“We should care because it could be a bellwether of things to come,” Biologist Alyssa Gehman on how disease and warming oceans caused a massive die off of sea stars and continues to imperil the species.

Large, fast and in a range of colours, the sunflower star can boast 15 to 24 arms that might span up to a metre across.

But the species has suffered a massive die-off. There’s been up to a 90 per cent decline in overall population, with the complete disappearance of sunflower stars in some southern areas of the U.S. coast, Gehman said.

“You used to be able to go out during a low tide and turn over some rocks, or look around, and you would find these big, beautiful stars,” she said.

“I personally really loved that star. And so seeing that level of die-off is devastating.”

The loss is so widespread, persistent and alarming that Gehman and a group of her peers are trying to get the sunflower sea star registered as a threatened species.

Research indicates rising sea temperatures linked to climate change makes the sea stars more vulnerable to a virus that previously had isolated effect on sea star populations — but is now pushing some to the edge of extinction, said Gehman.

But it’s still not entirely clear what higher temperatures do to the virus in the water, she added.

Aside from the alarming loss of sea stars, their disappearance has larger, ongoing implications for the marine ecosystem, Gehman said.

Both sunflower and ochre stars — the purple and orange starfish found clinging to rocky beaches and piers that people along the B.C. coast are most likely to recognize — are keystone species.

Both have a disproportionately large influence in their ecosystem, Gehman said. Ochre stars keep mussel colonies along rocky shorelines at bay, allowing other plants and animals to thrive.

Sunflower stars, in particular, are voracious eaters that can swallow sea urchins whole, keeping their populations in check.

But now without this primary predator, sea urchins are mowing down kelp forests.

In British Columbia, the decline in the sunflower star is linked to rising urchin numbers and a 30 per cent decline in kelp forests, a fundamental source of food and habitat for a range of marine animals, including otters, seals and fish.

However, there does seem to be pockets of recovery of the ochre star along the B.C. coast, said Gehman.

But what’s unclear is how extensive those populations are, and if they will last.

“On the central coast, we’ve definitely seen some recovery, but we also appear to be seeing what look like seasonal outbreaks in the late summer,” said Gehman, adding, again, warmer water appears to be an aggravating factor.

“So while we’re seeing more ochre stars, the disease is not gone.”

Researchers in Oregon also noted an unusual and dramatic jump in baby ochre star populations, but it’s not clear if it’s a response linked to SSWD or whether the populations can avoid contracting the virus, Gehman said.

Gehman’s own research looks at whether different sea star species, such as the leather star, are more resistant to the disease.

However, the sunflower star is still in peril and has only been detected in isolated areas along the B.C., Washington and Alaska coasts.

“We’re still seeing some, but they are variable, small populations and generally small individuals.”

So, there’s a push to educate the public about sea stars and to encourage them to become citizen scientists and help researchers monitor populations in their areas, she said.

An especially useful tool is the iNaturalist app that can be downloaded to cellphones, Gehman said.

If people see sea stars, they can take photos and record data on the app about their sightings and provide valuable information to researchers.

“Then we can start to track where we're seeing growth and potential evidence of the recovery of sea stars,” Gehman said.

Scientists are scrambling to determine how exactly the virus, warm water and other factors might be causing the massive impacts of SSWD.

“That way, we can identify mitigating factors, so that we can try to lessen the negative effects of climate change on this species,” Gehman said.

But addressing climate change is the most obvious step to try to ensure sea stars' survival.

“We should care because it could be a bellwether of things to come,” Gehman said.

“We should know why and how that happened so that we can get an idea of whether that's going to happen again in other systems.”

But it’s also important just to ensure the magic and beauty of sea stars continue to exist along our coastlines, Gehman said.

“At a personal level, sea stars are beautiful and interesting and many people love them.”