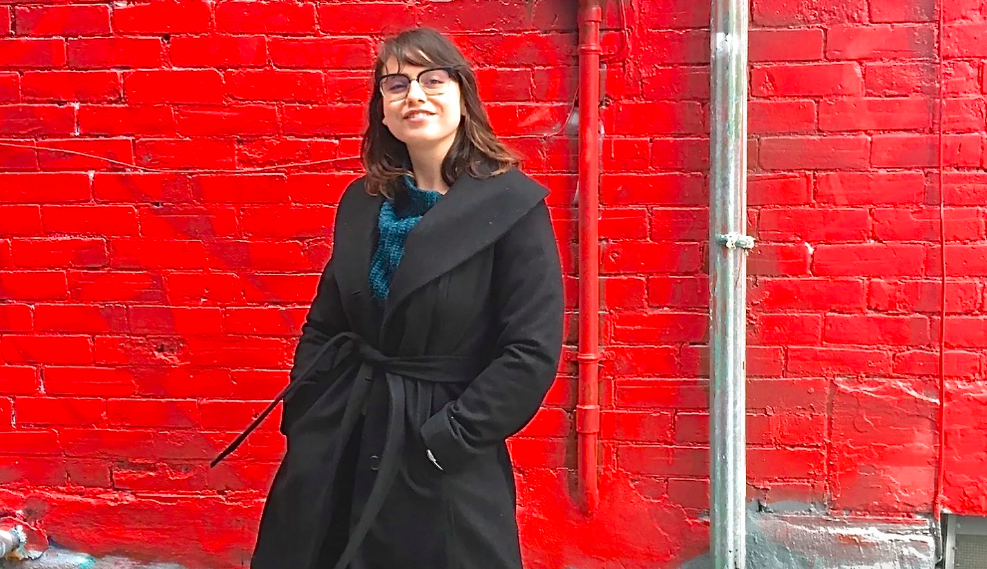 Ma̱lidi Sydney Roberts said the deep dive into her ancestral language at university was life changing and brought laser-sharp focus to her studies and goals. Photo supplied by Ma̱lidi Roberts.
Previous story
Next story

As a child, Ma̱lidi Sydney Roberts was always learning about the Kwakwaka’wakw culture. But she said a piece of her was missing until she got to university and took some Kwak’wala language classes.

“I got a taste of those classes and it just took hold of me. I don’t know, the only way to describe it is I became obsessed,” said the 23-year-old student at the University of British Columbia (UBC).

Roberts had participated in dance, potlatch ceremonies and cultural activities growing up in Campbell River on Vancouver Island, but the deep dive into her ancestral language brought laser-sharp focus to her studies and goals.

“It was just so important to me that our nation didn't lose this beautiful language we have,” she said.

Roberts is now completing her bachelor of education with a specialization in Indigenous pedagogy and a focus on Kwak’wala language revitalization and research.

She'd learned Kwak’wala basics, like colours and numbers, in elementary school, but her language learning stalled in the mainstream education system during her middle and high school years.

“There was just never that language component just because of the history of colonization,” Roberts said. “So when I was able to start taking those classes at UBC, it totally changed my life.”

“My culture is my strength,” Roberts said, adding Indigenous language learning is a vehicle to strengthen young people’s well-being.

“I think it is helping our youth rise up over colonization and I think that it is a really powerful tool for us to reclaim as Indigenous people.”

“Our languages encode vital aspects of our culture, ways of life and ways of being that depict how we live our lives,” Kwak' wala educator Sara Child on how language revitalization is key to the wellness of Indigenous people and communities.

The certificate program will build upon both peoples’ language courses that are already offered at NIC, she said.

The growing number of Indigenous language courses and programs at post-secondary institutions across B.C. derive from one of the Truth and Reconciliation Commission’s calls to action, Child said.

The commission called for increased funding and a collective effort to protect and renew Indigenous languages, and ensure the right to Aboriginal languages through the teaching of credit courses.

But certificate programs that go beyond single courses and emphasize fluency in Indigenous languages are crucial, Child said.

There are few elders whose first language is Kwak’wala, and many who remain are in their 80s, she added.

First Nations across Canada face this problem, but particularly those in B.C., because of the 60 distinct Indigenous languages across the country, more than half are in this province, Child said.

“With regard to our Indigenous rights, every one of those rights has been affected by language loss and disconnection from our land and resources, resulting in social instability that’s been harming our people for decades and decades.”

“Our languages encode vital aspects of our culture, ways of life and ways of being that depict how we live our lives,” she said.

Values of love, generosity, humbleness, respect and reciprocity with others and the natural world are the building blocks of Kwak’wala that were eroded with colonization, Child said.

But the Indigenous fluency certificate program will be taught differently than traditional language programs, Child said.

The primary focus won’t be on blackboard learning, but rather land-based experiential learning with mentors or elders to highlight the language’s relationship with Indigenous culture, protocol and relationship to their territories, Child said.

“In the past, we've primarily used reading and writing to try to teach people, and we really haven't gotten anywhere,” Child said.

She wants to shift Indigenous language learners’ focus to encourage fluency, particularly around speaking and listening.

“Our elders don't see words. They hear voices, and they see cultural pictures influenced by the relationship with the land, with the community, and with people in ceremony,” said Child.

Students taking NIC's Indigenous language courses in the past did so for a variety of reasons, said Child.

Many do so seeking groundedness and balance, and to consolidate their sense of identity, she said, while others take the courses because they intend to be teachers or work with children.

“But others are just doggedly determined that revitalizing our language is key to re-establishing our place and centre on this earth,” Child said.

“Because they know our languages are vitally important not just to us, but to the world.”

Roberts is one of those determined to share her ancestral language with the wider world.

When she’s finished her studies, Roberts plans to return to Vancouver Island to teach Kwak’wala in her nation’s territory.

But in the meantime, she uses social media to share the language and engage other young learners.

“I started because it helped me with my own language learning,” she said.

“And it's just such a strong language and it's such a beautiful language. I'm confident that our youth are going to pick it up and carry it.”

She also hopes non-Indigenous people interested in Kwak’wala culture will learn from her social media posts.

“When I see settlers learning Indigenous language in a respectful way, and being able to understand more about the worldview of our people, It’s just a really healthy thing,” Roberts said.

As a result, she thinks it’s great NIC is offering Kwak’wala in her traditional territories.

“It will give a lot of people an opportunity to study it when maybe they wouldn't have had the chance before,” she said.

Plus, learning Kwak’wala in a mainstream education setting is highly symbolic, given Indigenous language was beaten out of kids in schools in the past, Roberts said.

“It was literally pretty much illegal to speak it.”

“And just to have that acknowledged, and to come to a point where now we're offering it in a western academic context, I think it's a really good thing,” she said.

“It shows the strength of our people and the resilience of our language.”