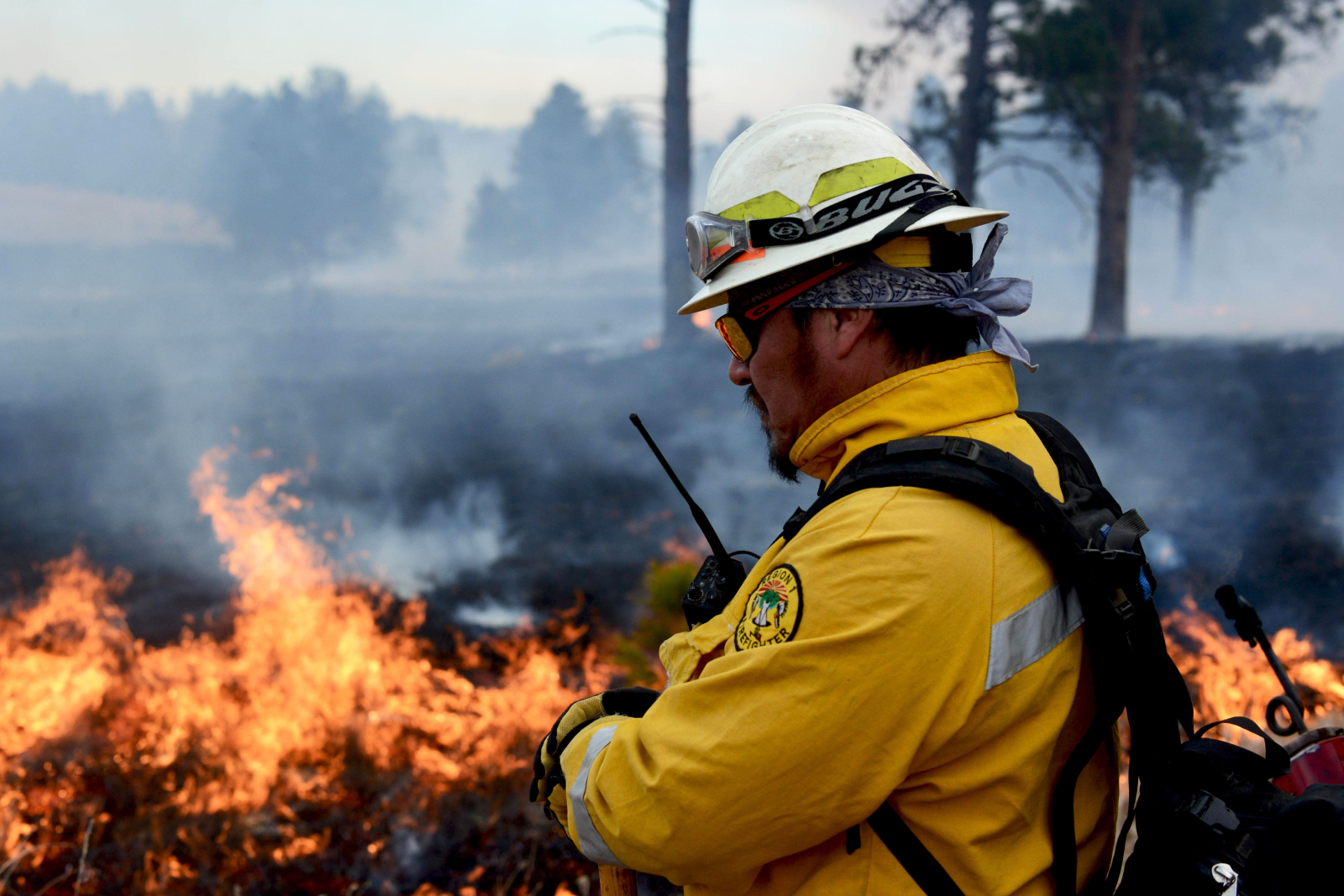 Since the start of the coronavirus pandemic, a dreaded question has hung heavy over Californians: What happens if a bad wildfire season hits and we’re still in the throes of COVID-19?

With about two dozen major fires burning across hundreds of thousands of acres on Thursday, forcing people to evacuate across Northern California, they’re about to find out. On Wednesday, fire officials described a situation with little end in sight.

“Unfortunately, several fires got away from us. ... It expanded beyond our abilities,” Cal Fire Unit Chief Shana Jones said.

Fast-moving fires ripping through Sonoma, Napa and Solano counties are a painfully familiar site to residents of the fire-prone region, but the pandemic adds a new layer of danger. Evacuating people is one of the more obvious challenges, said Dr. John Balmes, a physician at the University of California, San Francisco who also teaches and studies the health effects of air pollution at the University of California, Berkeley.

“Now that we have this pandemic, we can’t just put a lot of people in a high school gymnasium, which is often what’s done,” said Balmes, a member of the California Air Resources Board, the state’s clean air agency. The same concerns apply to firefighters ― many of whom are inmates ― who can’t easily bunk together or travel from other regions to battle the blaze.

But doctors are concerned about another, less visible threat: What happens to people’s pulmonary health when wildfire smoke, a dangerous pollutant linked to several adverse health conditions, descends into the lungs of people who already have COVID-19? Given the novelty of the coronavirus, little is known for sure about how inhaling wildfire smoke may worsen someone’s COVID-19 symptoms.

“There are a lot of the things that we still don’t understand,” Dr. Stephanie Christenson, a pulmonologist and critical care doctor doing research at the University of California, San Francisco. “How is it going to make things worse for patients? If you get the disease, are you more likely to get symptoms? If you’re recovering from the disease, how is this going to affect you?”

Balmes said he’s been thinking about this for a while, and that there’s good reason to be worried.

“We know that wildfire exposure to communities increases the risk of lower respiratory tract infection,” such as acute bronchitis and pneumonia, Balmes said. “So there’s concern in the context of the pandemic that wildfire smoke exposure would increase the risk of moving from mild to more severe COVID-19.”

The potential dangers of smoke mingling with the coronavirus in people's lungs have doctors worried.

How is it going to make things worse for patients? If you get the disease, are you more likely to get symptoms? If you’re recovering from the disease, how is this going to affect you?

It’s not just those close to the fires who are at risk. Smoke has spread across the entire San Francisco Bay Area for days. In many areas, the air quality index has been higher than 200, which indicates that “everyone may experience more serious health effects if they are exposed for 24 hours,” according to the Environmental Protection Agency.

Wildfire smoke is “kind of like tobacco smoke without the nicotine,” Balmes said. When someone inhales toxic particles from the smoke, their airways can become chemically injured, predisposing them to more severe infections, he said. If their airways are also badly inflamed from COVID-19, they could be in trouble.

Particulate matter from wildfire smoke may also build up on and damage the amoeba-like cells in a person’s lungs that serve as a first line of defense against viral infections, Balmes added.

What’s less clear is whether wildfire smoke increases the likelihood of catching COVID-19. A July study out of China found that even short-term exposure to air pollution ― as one experiences during a wildfire ― was linked to a higher rate of confirmed COVID-19 infections.

It’s important to note that people who live in highly polluted areas tend to have several other high-risk factors for disease, Christenson said, so the study might not say much about wildfire smoke in particular. There is, however, one simple possibility: Wildfire smoke makes people cough, and coughing spreads disease. Christenson doesn’t think that’s a small contributor.

“That’s why the American Thoracic Society put out guidelines to not use tear gas [on protesters], because it can make people cough more and salivate more,” she said.

Doctors saw the same thing happening with choirs, where infected people easily spread the coronavirus while singing, she added. In one instance, it took just one infected person to get 52 others sick.

Some emerging research suggests that the coronavirus can “hitch a ride” on particulate matter from wildfires, Balmes said, making it easier for the virus to descend deep into the lungs, but there’s not much data on that yet.

The most important thing people can do now, Christenson and Balmes said, is continue wearing a face mask, washing their hands as much as possible and maintaining distance from others in congregate settings.