Trump desperately trying to greenwash his record ahead of November election 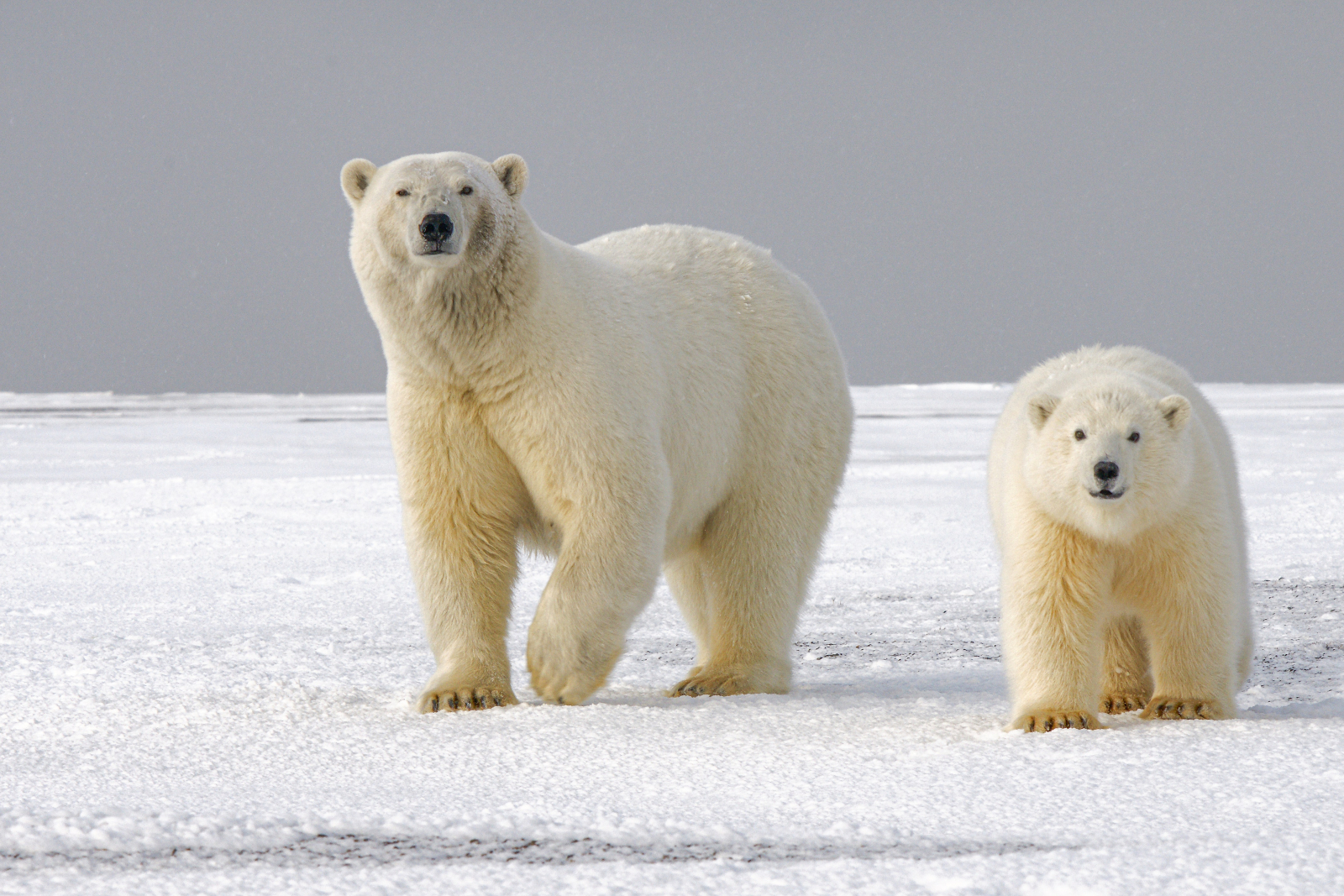 Photo by Hans-Jurgen Mager on Unsplash
Previous story
Next story

During a May 2018 roundtable with more than two dozen outdoor sporting and conservation organizations, after more than a year of leading the Trump administration’s fossil fuel-centric “energy dominance” push, then-Interior Secretary Ryan Zinke promised to make a “grand pivot” away from energy development and toward conservation.

Zinke’s decree was an admission that the agency had fallen short on its stewardship mandate, and an acknowledgment that Americans wanted better protection of public lands and waters.

And yet, Zinke’s grand pivot never came. Instead, the administration plowed ahead with its unprecedented assault on environmental protections ― at least 100 regulatory rollbacks, according to a New York Times tracker ― and treated the federal estate as little more than a place for industry allies to extract resources.

The Trump administration has worked to weaken safeguards for some 35 million acres of public land — nearly 1,000 times more than it has protected — and has stacked environmental agencies with former industry lobbyists and lawyers, many with histories of contempt for the very agencies they now lead. And it has continued to cheer on the fossil fuel industry amid a rapidly worsening climate crisis.

But in the last year, President Donald Trump’s campaign seems to have realized that this could cost him a second term. And instead of changing course, the president has undertaken a noticeable greenwashing campaign.

“We’re doing a very tough job, and not everybody knows it,” Trump said in a July 2019 environment speech at the White House, a 45-minute event full of the lies and spin that have defined the current presidency. “We have only America. We have only one planet … That’s why, every day of my presidency, we will fight for a cleaner environment and a better quality of life for every one of our great citizens.”

The following month, after skipping a Group of Seven summit meeting on climate and biodiversity, Trump boasted, “I’m an environmentalist” and “I think I know more about the environment than most people.”

On Fox & Friends, President Trump denies that he has plans to open the Arctic National Wildlife Refuge to oil drilling -- he only says he's thinking about it. He also says "I should go down as a great environmental president." pic.twitter.com/n6pRJyYG9g

That effort to rebrand Trump as a champion on environment and conservation has only ramped up as the 2020 election draws closer. But Trump’s record is clear. Much like Zinke’s roundtable comments, the administration’s last-ditch effort to improve the president’s image indicates it’s well aware his legacy is not one of stewardship.

“There’s so many bad decisions ― anti-environment, anti-science decisions ― that so overwhelms any analysis of Trump’s policies with regard to energy and environment that it’s really not even a close call,” #USElection2020

“It’s like he drowned someone, put on a whistle and called himself a lifeguard,” said Kate Kelly, public lands director at the Center for American Progress and a former Interior Department official during the Obama administration. “It’s too late. It’s too late for Trump to be anything other than the most anti-conservation president in history.”

The White House did not respond to a number of HuffPost’s specific questions. In an email statement, spokesperson Judd Deere argued that the Paris climate accord, which Trump last November began the process of pulling the U.S. out of, “shackles economies and has done nothing to reduce greenhouse gas emissions.”

A Rare Win With Greens

As 2020 ramped up, the administration badly needed a conservation win, something to point to in the run-up to the election. So in March, Trump did an about-face on the Land and Water Conservation Fund, a federal conservation program established in 1964 that Trump tried for years to gut funding for.

“I am calling on Congress to send me a Bill that fully and permanently funds the LWCF and restores our National Parks,” Trump tweeted that month. “When I sign it into law, it will be HISTORIC for our beautiful public lands.”

During the meeting, according to The New York Times, Gardner told Trump that passing a public lands bill would be the biggest conservation victory since President Theodore Roosevelt established America’s system of national parks, refuges and forests in the early 1900s.

Congress went on to pass the Great American Outdoors Act, which fully funded the LWCF and allocated $9.5 billion to address the mounting maintenance backlog at America’s national parks. At last month’s signing ceremony, Trump repeatedly compared himself to Roosevelt (who protected over 230 million acres of federal land), praised Daines and Gardner, and characterized the law’s passage as a Republican victory.

At some point people “will have to start thinking about the Republican Party and all the incredible things we’ve done on conservation,” he said.

Trump earned rare points with green groups for signing the bill into law, effectively hijacking a yearslong fight to secure permanent LWCF funding by senators like Tom Udall (D-N.M.), Jon Tester (D-Mont.) and Richard Burr (R-N.C.). He made no mention of the fact that all but three of the 132 votes against the public lands package in the Senate and House were cast by Republicans.

It’s like he drowned someone, put on a whistle and called himself a lifeguard. ... It’s too late. It’s too late for Trump to be anything other than the most anti-conservation president in history.Kate Kelly, former Interior Department official

The greenwashing event also featured some astonishing, if not downright comical, self-deception. In hopes of rewriting history, Trump has apparently convinced himself that gutting two protected national monuments in Utah, Bears Ears and Grand Staircase Escalante, was good for his conservation legacy.

“When you add all of this to what we did in Utah, if you remember that ... We did Bears Ears,” he said, proudly referring to cutting the monument boundary by 85% and opening the door for energy and mineral development. “The kind of things we’ve done are really record-setting.”

It was indeed record-setting: the largest rollback of federal land protections in U.S. history.

Trump added to his record of dismantling monuments this summer when he opened Northeast Canyons and Seamounts Marine National Monument, a nearly 5,000-square mile sanctuary off the East Coast, to commercial fishing. Meanwhile, William Perry Pendley, a conservative lawyer with extreme anti-environmental views and a history of advocating for selling off federal lands, continues to lead the federal Bureau of Land Management.

Punking Or Pulling The Plug On Pebble Mine?

In another recent about-face, the Trump administration delayed a key permit for Alaska’s Pebble Mine ― a controversial project that the Obama administration blocked and that Trump revived early in his term.

In a letter to the Canadian company behind the project, the U.S. Army Corps of Engineers said the proposed open-pit copper and gold mine in southwest Alaska would cause “unavoidable adverse impacts” to the area’s aquatic resources, and gave the company 90 days to come up with a plan to mitigate the environmental damage. It’s a hurdle that some say could kill the project.

Notably, the surprise decision came a month after the Army Corps concluded the project at the headwaters of Bristol Bay, the most productive sockeye salmon fishery in the world, would have no “measurable” effect on salmon stocks or the watershed.

So what changed? Several conservative sportsmen, including Trump’s son Donald Trump Jr. and Vice President Mike Pence’s former chief of staff Nick Ayers, suddenly spoke out against the mine development.

“The headwaters of Bristol Bay and the surrounding fishery are too unique and fragile to take any chances with,” Trump Jr. wrote in an Aug. 4 tweet.

The delay and 90-day deadline came 71 days before the election, likely pushing a final decision until after Nov. 3.

Asked about Pebble Mine during a recent interview with The Daily Caller, Trump Jr. said he’s “as pro-business as it comes” but that some places are “just sacred.” He dismissed the idea that Republicans are environmental foes and that his father is governing based on where his son likes to chase salmon.

“Donald Trump will never get credit for some of the environmental things he’s done,” his son said, noting among other things that his father supported increased funding for restoring the Florida Everglades. “You can do good things for the environment without destroying the middle class.”

As HuffPost previously reported, public lands are getting big play in the 2020 elections in the West, much as they did during the 2018 midterms. And there are plenty of signs that the Trump administration is worried about how its industry-first agenda has landed with Western voters who value federal lands and environmental protection.

This week, the EPA announced the creation of a new Office of Mountains, Deserts and Plains, located in Colorado, that will focus on cleaning up legacy mine pollution. “The West is a special place, with special environmental challenges deserving of its own office within EPA,” EPA Administrator Andrew Wheeler said in a statement.

During a speech Thursday to commemorate the 50th anniversary of the agency, Wheeler claimed that under Trump, the EPA has done “well if not better than [under] any recent administration” at upholding its mission of protecting human health and the environment ― an assertion that drew immediate fire from environmental advocates.

Meanwhile, the steady drumbeat of anti-environmental rules and rollbacks continues as the administration works to cement changes ahead of November. This week, the EPA weakened an Obama-era rule that sought to limit toxic wastewater released from coal-fired power plants. The U.S. Forest Service unveiled a proposal to expedite oil drilling on national forests and grasslands. And the Interior Department is rushing to open Alaska’s fragile Arctic National Wildlife Refuge to oil drilling, with a lease sale possible by the end of the year.

Asked during an interview last month on “Fox & Friends” about his effort to green light refuge drilling, Trump offered this: “I hate to say it. In theory, I should go down as a great environmental president.”

Rep. Mike Levin (D-Calif.), a former environmental attorney and member of the House Natural Resources Committee, told HuffPost that Trump and his team can attempt to rewrite their record all they want, but it speaks for itself.

“There’s so many bad decisions ― anti-environment, anti-science decisions ― that so overwhelms any analysis of Trump’s policies with regard to energy and environment that it’s really not even a close call,” he said. “It’s a direct reflection of what happens when you literally allow fossil fuel lobbyists to run the agencies that are supposed to regulate the fossil fuel industry.”

“We’ve never seen, from a Democratic or Republican administration, this wanton disregard for the bedrock foundation of environmental law,” he added

"In theory, I should go down