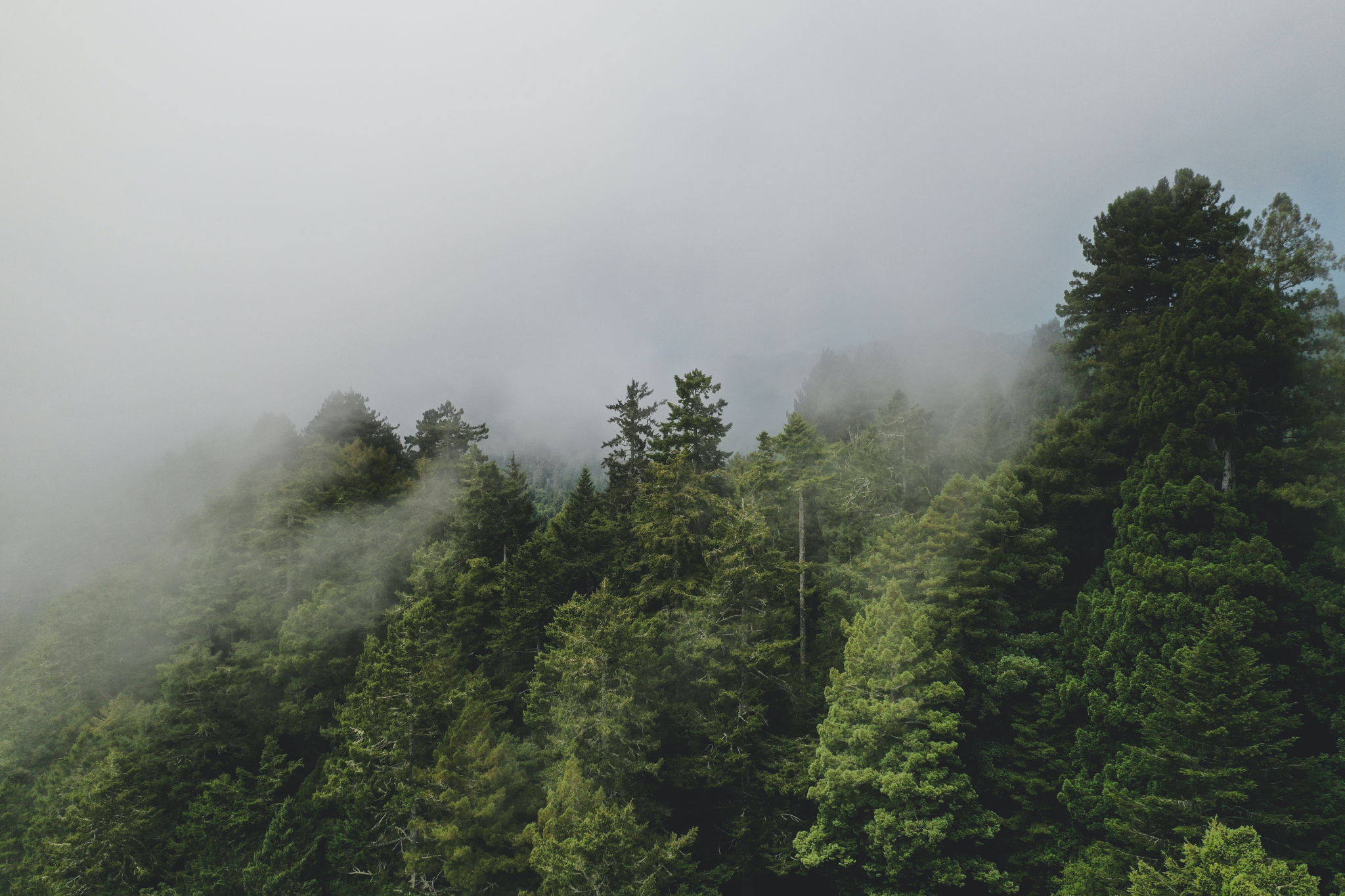 Photo by Dan Meyers on Unsplash
Previous story
Next story

Live fast, die young is a truism often applied to rock stars but could just as easily describe trees, according to new research. Trees that grow rapidly have a shorter lifespan, which could spell bad news for tackling the climate crisis.

Trees grow faster in warmer conditions, and this should act as a natural brake on global heating, as they take up and store more carbon dioxide from the air as they grow. But the new study casts doubt on this beneficial cycle, finding that the faster trees grow, the sooner they die – and therefore stop storing carbon.

Some fast-growing trees, including conifer species in cold regions, have long been known to show shorter lifespans, but what was not known was the impact of warmer conditions that can spur growth as global heating accelerates. An international team of researchers, publishing their work on Tuesday in the peer-review journal Nature Communications, has found that the relationship between faster growth and shorter lifespan appears to hold good across tree species and latitudes.

Roel Brienen, associate professor of geography at the University of Leeds, the lead author of the paper, said: “We started a global analysis and were surprised to find that these trade-offs are incredibly common. It occurred in almost all species we looked at, including tropical trees.”

Trees growing faster in warmer conditions reach their maximum size sooner, and that appears to increase their chance of dying. Trees that grow more quickly may also be more vulnerable to factors such as drought, disease and pests. When trees die, they give up their stored carbon gradually, in the form of methane, a greenhouse gas.

This means that many standard climate change models of how we can use forests as carbon sinks, to absorb the carbon dioxide we produce from fossil fuel burning, are likely to overestimate the benefits. This study suggests that although the forests of the future might grow faster as temperatures increase, they could also store less carbon as the trees die off sooner.

“Our findings indicate that there are traits within the fastest-growing trees that make them vulnerable, whereas slower-growing trees have traits that allow them to persist,” said Steve Voelker of the department of environmental and forest biology at Syracuse University New York, a co-author of the study. “[The] carbon uptake rates of forests are likely to be on the wane as slow-growing and persistent trees are supplanted by fast-growing but vulnerable trees.”

David Lee, professor of atmospheric science at Manchester Metropolitan University, who was not involved in the study, said: “Currently, Earth system climate models predict continuation or increases in the size of the carbon sink of mature forests and this study shows the opposite, that increased CO2 compromises forests as a carbon sink … The idea that fossil fuel-based emissions can be offset by planting trees or avoiding deforestation really does not stand up to scientific scrutiny.”

“Our findings indicate that there are traits within the fastest-growing trees that make them vulnerable, whereas slower-growing trees have traits that allow them to persist,” said Steve Voelker

However, Keith Kirby, woodland ecologist at the University of Oxford, said the results did not negate the value of growing trees to stave off the climate crisis. “We cannot rely as much on increased growth per unit area to maintain and enhance the forest carbon sink potential, but this might be offset by slowing deforestation and increasing the expansion of the extent of forests, where this can be done in a sustainable way,” he said.

For the study, the international team of scientists analysed data from more than 200,000 tree ring samples representing 110 species of tree, across all continents except for Africa and Antarctica.

They found that faster growth was linked to shorter lifespans in trees of the same species, and across different species, and was not dependent on the climate or soil.

The researchers also conducted a computer simulation, using data on the black spruce (Picea mariana), to see what impact faster growth would have on carbon storage. The results showed that the greater propensity for the trees to die off after growing more quickly could reduce the capacity of global forests to absorb and store carbon dioxide, as temperatures rose.

Growing trees, and preserving existing forests, is one of the most important ways of staving off the worst impacts of the climate crisis. But several studies have cast doubt on the capacity of global forests to act as carbon sinks as the climate alters. A study published in March found that tropical forests were losing their ability to store carbon, and research published in May showed that the world’s forests were becoming shorter and younger.

Hunh. Funny how the old

Hunh. Funny how the old truisms always come around to bite - the old "sting in the tail". The more we learn, or re-learn, about natural systems the more we have to acknowledge that we, the ultimate short-term species, have lost the "biblical right" to have dominion over the earth.

A new truism - Nature never repeats itself. Destroy an ecosystem, you cannot replace it. Only nature can and nature does what is necessary to adapt to conditions. Adaptation = evolution. Humans don't want to wait for evolution. We'd rather kill it now to profit from it, than wait for it to survive on its own terms. Survival be damned.

Those of a given species,

Those of a given species, when they grow faster also produce inferior timber, as they have wider growth rings -- and proportionately less of the the harder "dark" divisions of annual rings marking seasons of slow growth (the dark marks in wood that don't absorb as much color from stain) which have superior strength. An engineer told me not long ago that the volume of wood needed to bear a given load is now significantly more than it was when he first started practising ... given we are about of an age, I'd think that would have been less than 50 years ago. I don't recall the exact numbers, but the load-bearing strength was on the order of 3/4 what it used to be.
Carbon is stored in the wood, in the no-longer useful formerly photosynthetic parts die off and fall to the ground, supporting wildlife (including decay microorganisms) and in the root systems themselves ... not to mention in the soil itself around the root systems where small creatures and micro-organisms and trees grow symbiotically, the root systems that help prevent erosion of the soil itself, by soaking up rain and spring snow melt.
When old trees are cut, the roots continue on for a while, feeding smaller trees of their own species and supporting the lives of their "helpers." But deprived of photosynthetic capacity, they no longer capture the proportion of carbon they used to, and no longer "exhale" oxygen, so their role in driving rain and wind also disappears. Meanwhile, they also no longer shade the young'uns, which in turn grow more rapidly than is good for them ... it's not only a matter of different species, or warmer conditions, but also of poorer conditions for proper growth.
Kind of analogous to putting hormone-supplemented milk and estrogen mimickers into girls' bodies, causing physical maturation at younger and younger ages, or giving ractopamine-laced feed to steers and piglets so they'll reach butchering size in half the time (more flesh and less bone) ... and then feeding the flesh-locked stuff to humans.
We speak of "reforesting" logged off areas, of "reclaiming" lands raped by mining ... but there's no "re-"forest: just tree plantations of same-age single species, all with perfect access to light and inferior root system support. So even without greater warmth and more CO2 to "breathe," they grow fast and weak, unable to sustain the challenges the older trees their same size could.
All in the name of GDP ... and, oh yeah, shareholder dividends -- driven by executives' ever-increasing salaries and bonuses, and by returns on commodities markets. It's hardly as though that increase in GDP supports domestic populations ... who do the work (in conditions unhealthy to varying degrees, and often for low pay at least till only more bux will keep them wilfully blind to the damage being done to themselves and their "home") ... or for that matter, supporting more than, ultimately, the bottom lines of a very small proportion of wealthy people (or are they humanoid, not human). And we all get minor payoffs through universal pension funds that invest in this obscenity ... the rest of pension funds even moreso. There are few exceptions throughout the world.
I've noted the securities, insurance and lending overseers have required nothing of dealings in *causing* climate change: only in relation to *impacts* on owners/investors, i.e., profits.
There is something truly obscene about that, as the oceans die, shorelines sink, countries and species disappear, year after year mountains slide down on villages, fresh water sources dry up, food species (our own and other critters') die off, countries, states, provinces burn, and the only changes the world's captured governments are willing to enact are in support of "markets."
Not to mention the spectacle of pitting First Nations against one another, in the name of reconciliation, no less, by "allowing" them to invest in resource extraction -- and providing
development grants for the livelihood assimilees to do so.
What a plot for a horror movie: but what sane person could make that up.
"In God we Trust" and "God Save the Queen."
Nuthin' wrong with that picture, eh?
(I do sometimes ramble, but *am* sticking to the topic here: it's all what ecology and The Circle of Life *mean*!!! Unless and until we quickly connect all the dots, we're all down for the count.)