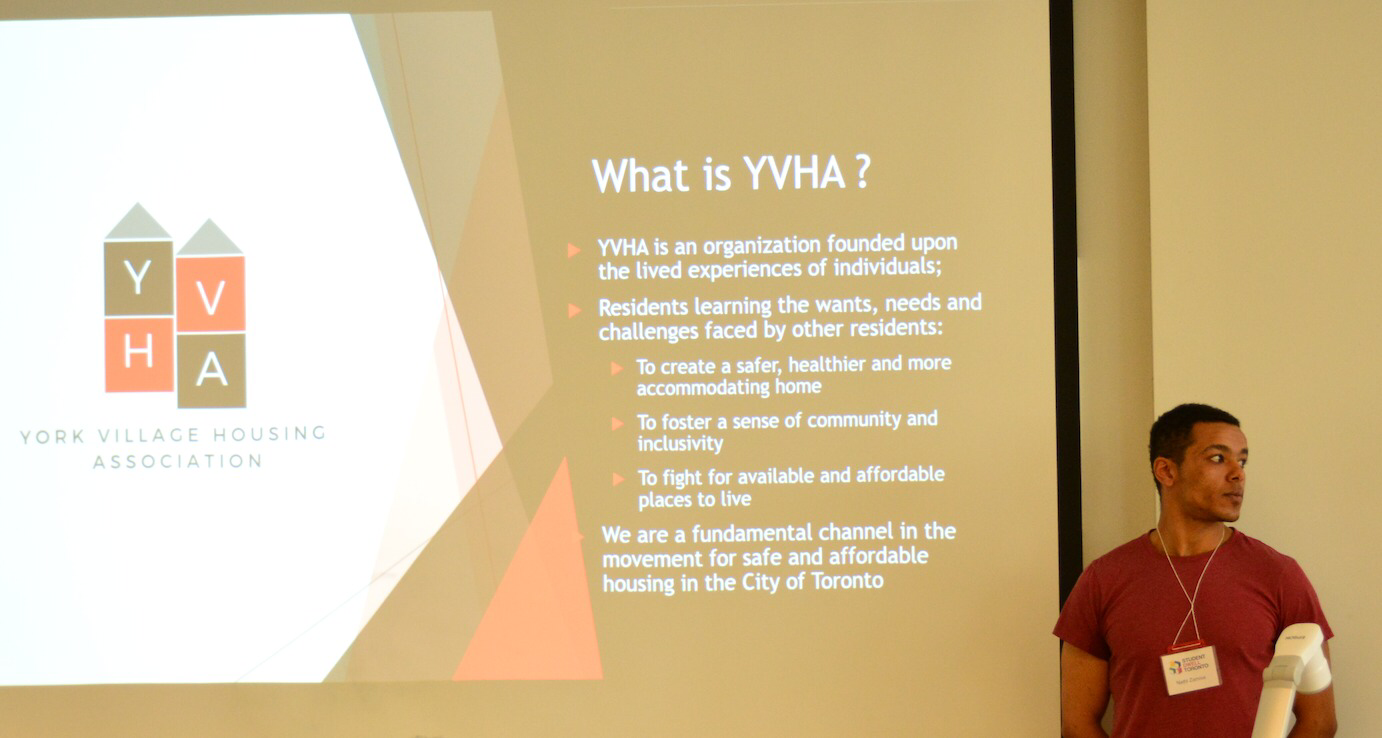 The COVID-19 pandemic is shaping student life in a housing development near York University’s main campus, and exposing other health risks connected to rooming houses.

Located in Ward 8 York West, the development, dubbed the Village, is made up of 800 single townhomes built between 2003 and 2008. Many have been converted by owners into multi-tenant rooming houses for students, according to the York Village Housing Association (YVHA), a group based at the university.

In 2018, students Andrew Van Norden and his co-founder, Nathi Mbuso Zamisa, established the YVHA to help connect renting residents to resources and support. The organization is also compiling a student-sourced registry and reviews of rooming houses in the Village, and offers assistance with navigating landlord disputes and reporting health and safety violations.

Van Norden began the club after moving six times in the Village in an 18-month span. So-called “fire evictions,” from fire-related safety inspections, are also commonplace.

In 2018, an 18-year-old international student was killed in a rooming house fire in Scarborough.

“COVID has made it a significantly more precarious living circumstance,” said Zamisa, a fourth-year work, labour and environment student at York.

Rooming houses are not permitted in North York, where the university's Keele campus is located, or in East York or Scarborough. Yet Zamisa said the only inspections that seem to happen in the area are for fire violations.

According to the YVHA, “More recently the Village has evolved to become an unregulated, unmonitored and unofficial alternative to living on residence at the university,” it says on its website.

The houses can be “extremely subdivided,” Zamisa said, with anywhere between three to 16 rooms in a three-storey, single-family townhouse.

Zamisa terminated his lease in the Village — where he shared an 11-bedroom home with 11 other roommates — this month, and is heading back to Hamilton to live with his family.

He also stayed in Hamilton in the early months of the pandemic, as a health precaution. COVID-19 erased any social life in the Village, such as fraternities and intramural sports, Zamisa said.

In addition to poorly ventilated living spaces, including basements, the pandemic also exposed the health risks of living with multiple people.

“That is your bubble. But what that also creates is points of conflict, where people in your home are inviting other people in,” he said, and where roommates may not be matching your “efforts to sanitize and to make sure that everything's clean.”

Deqa Nur, a social development worker and fifth-year York undergraduate student in international development and African studies, said the lack of affordability and high rent points to a need for more subsidized housing. The waiting list for subsidized housing through the city is at more than 100,000 people, Nur said, calling that figure “just unbelievable.”

York Village was initially conceived as a subsidized housing complex for students, but was instead sold to a private developer before construction began in 2003. And the opportunity for homeowners to profit is steep. Zamisa estimates that his former landlord at the 11-bedroom townhome would collect upwards of $8,000 a month in rent. A dip in student turnover due to a virtual fall semester could affect those margins this year.