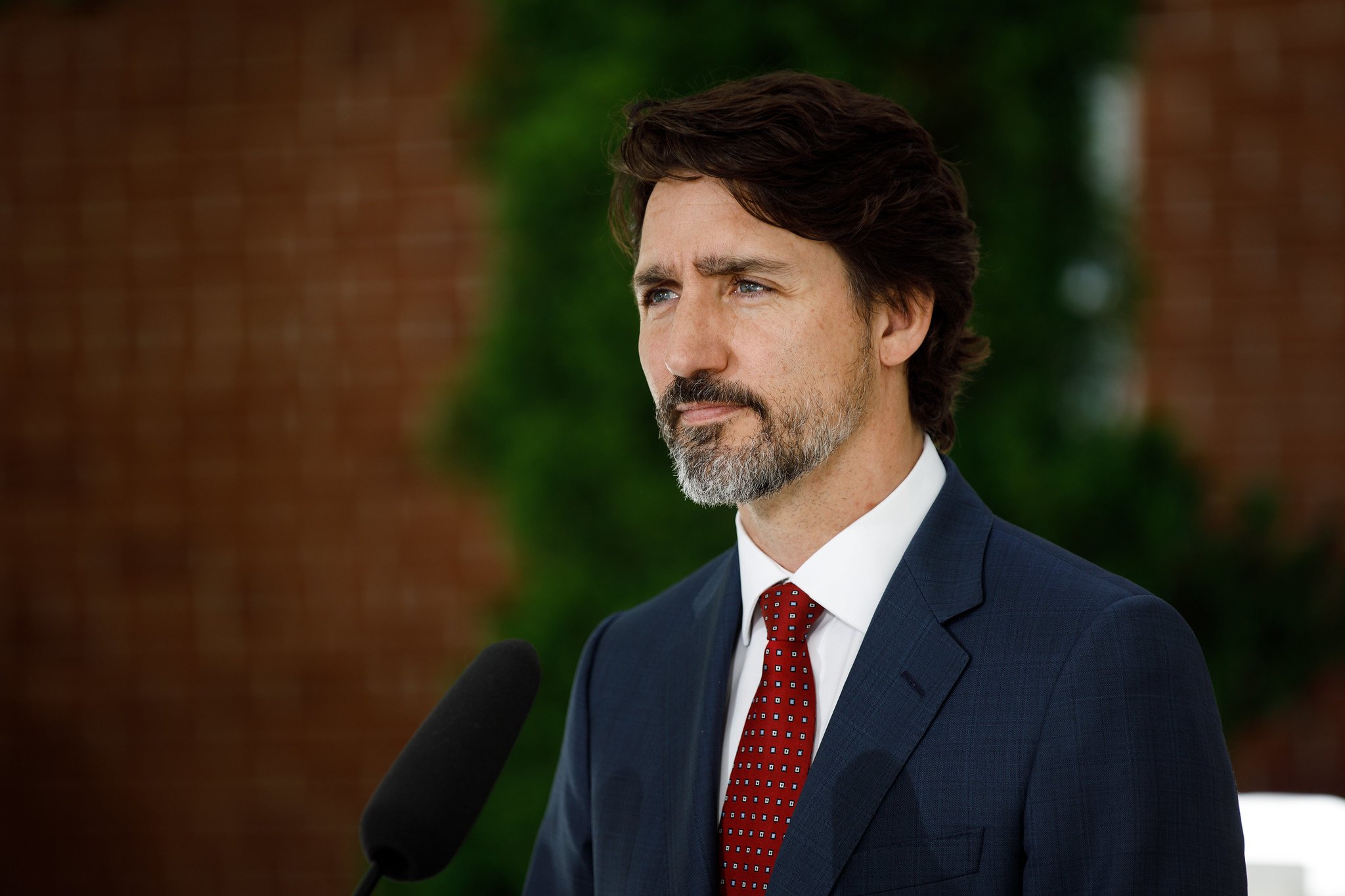 As of Sunday, around 4 million acres have been scorched by wildfires in California, Washington and Oregon.

These fires are a reminder that for all our struggles with COVID-19, climate change remains the number one threat against human civilization.

Yet even now, we can't even acknowledge this reality.

The Liberal government was expected to unveil an ambitious $100-billion green spending plan, plus major changes in environmental regulation in the upcoming throne speech, according to a Global News report.

But now the government seems to have shelved that plan, over fears of being perceived as taking advantage of the pandemic to execute its climate agenda, according to information obtained by Global News.

The idea of this is infuriating and it's wrong.

Global News sources say the government will still focus on a structural recovery that will include a “green” and “clean” recovery plan and industrial strategy.

But that is not enough.

Now is the time to act, and to act boldly to come out of the Covid-19 economic crisis with a smart green stimulus package.

Last fall, wildfires were terrifying in Australia. Today, the tragedy of massive wildfires revisited the west coast of America, carrying toxicity into Canada.

Monster fires. Families fleeing. Children killed. Now is the time to act, and to act boldly to come out of the Covid-19 economic crisis with a smart green stimulus package, writes @linda_solomon #ClimateCrisis #cdnpoli

The Los Angeles Times summed it up with a banner headline splashed across the top of the Sunday paper: 'California's climate apocalypse." "The calamity is no longer in the future," the subtitle read. "It's here, now."

In Vancouver, we were having our own apocalyptic scene. Smoke blowing in from the U.S. turned the Greenest City white, making it the second most polluted in the world, following Portland.

The mountains disappeared, and so did visibility. Public health warnings sounded through the city and communities up the coast.

Stay inside. No strenuous outdoor activities. Wear a mask outside.

It was depressing. And what was possibly even more depressing was that hundreds of anti-mask and QAnon conspiracy theorists still turned up to protest downtown on Sunday, even as smoke and ash from wildfires clogged up the sky.

“Pretty apocalyptic-looking,” he added, captioning a photo of the smoke-dulled downtown scene out of his apartment window.

It must be strange to be young in this world. I live in a household with three teenagers.

Yet I still can't wrap my mind around what it's like to be them, coming of age during a pandemic, explosive wildfires, racially-based murders, rising extremism, polarization, and above all else, to be aware of mass species extinctions and the mounting dangers of climate change. Scary. And normal.

And that's the scariest thing of all, how normal it is beginning to seem.

Meanwhile, it turns out that Big Oil has been lying to the public about plastic recycling since at least the early seventies.

The plastics industry, including Exxon, Chevron, Dow and DuPont, poured money into ads to convince the public that plastic waste could be recycled, when in reality that was never possible for the majority of products.

They lied, knowing that plastics were going to fill our oceans for decades to come. 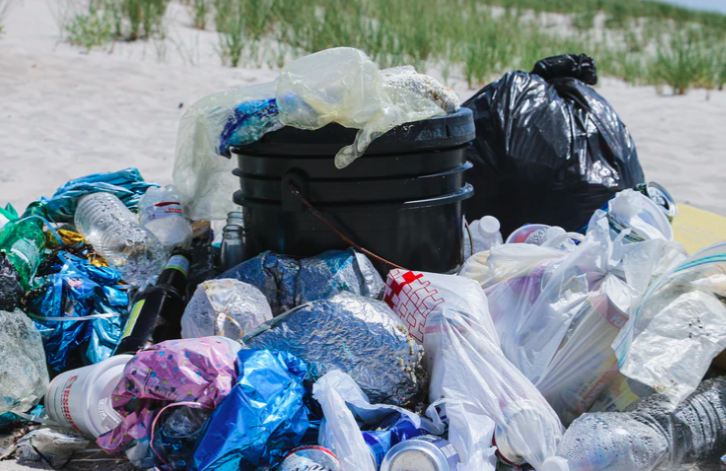 
So what can people do to push back against this barrage of disinformation and denial?

We can all write letters to our MPs, demand more action from the federal government now, for a start.

We depend upon the government to do the right thing, to create a secure future and to protect public health.

Protecting the lives of Canadians is crucial and, like Covid-19, climate change mitigation is urgent, too. As climate chaos intensifies and COVID-19 rates swing upwards, trustworthy journalism is more important than ever.

As we watch the West Coast go up in flames, let's be sure the sight of smoke doesn't blind us. Let's be proactive and do whatever we can to protect the earth's climate, reduce global warming–– to bring about real and meaningful change.

Canada's government can and must boldly lead the way.

Nobody can sensibly deny the

Nobody can sensibly deny the climate crisis, but Micheal Moore has it right that maintaining the system and just having major corporations switch into newer technology, at our expense, without a significant reduction in energy consumption is worse than useless. We need less corporate spending. Fewer and smaller corporations. Less consumption. Fewer people.

A government program heading in these directions would have my support.

Michael Moore has it half

Michael Moore has it half very right and half very wrong. On one hand, yeah, there's a ton of greenwashing going on, and corporations, indeed capitalism as a system, are designed from the ground up to cause exactly this sort of crisis. We cannot trust them to solve the problem that they not only caused, but could and can do no other than cause. And in specific he's quite right about biomass and, basically, burning wood being passed off as green.
On the other, he's frankly dead wrong about the technologies of solar and wind power, and his immensely misleading rubbishing of them creates a false sense of helplessness. His message is "The corps are evil but nothing will work, might as well just give up". And incidentally, those amazingly poignant orangutans in the final footage of that movie of his were almost certainly victims of clearing for palm oil plantations, not "biofuel". Not that biofuel is a good idea, but the way he used imagery and juxtaposition, it's like solar == wind == wood biomass == boondoggle + victimized orangutans, and it's BS.

We do need to wrench those technologies out of the hands of big corporations. And we do need to reduce our energy, and material, use period. But we will still need energy, and it had better not be coming from coal and oil and methane aka "natural gas". Renewables remain an important part of the answer.

"Fewer people"? Anyone who

"Fewer people"? Anyone who wants to ride that particular hobby-horse is more than welcome to volunteer to be the first reduction.
The reduced consumption needs to be at the level of big consumers, the biggest of which around now are fossil fuel extraction companies, and the big users of their products. It's not little old ladies sitting in the dark and eating cold food in a basement room in boots and coats.
Please stop carrying on about population or population growth, which isn't the issue ... until after absorbing the research of Hans Rosling, who until his death a few years ago, worked for the UN, studying population growth and survival rates. While his presentations are based on solid statistical analysis, they are easily understood even by children.

Could not agree more. Leadnow

Could not agree more. Leadnow's members are campaigning to push this government to reinstate the spending, with a petition live at: https://www.leadnow.ca/emergency-green-recovery/

This is no time to be hesitant. We have already delayed too long.

Climate action is obviously more important than ever. The corporate world, financial institutions and big utilities are backing away from fossil fuels at an ever-increasing rate. The carbon tax accelerates that. I'm glad Canada isn't backing down from the $50 / tonne tax, and keeps it going up to $100 / tonne or more. We need to make fossil fuels prohibitively expensive.

Unfortunately, much of that

Unfortunately, much of that cost is being borne on the backs of low-use (and often low-income) householders who are already using the best options available to them.
Even at this point, the carbon tax makes up more than half of the cost of natural gas. Already, because flat-rate user charges subsidize the use of high-volume users, it is the poor and the low-volume users who are bearing the brunt.
The same is true for electricity use (but at a higher cost) and water use.