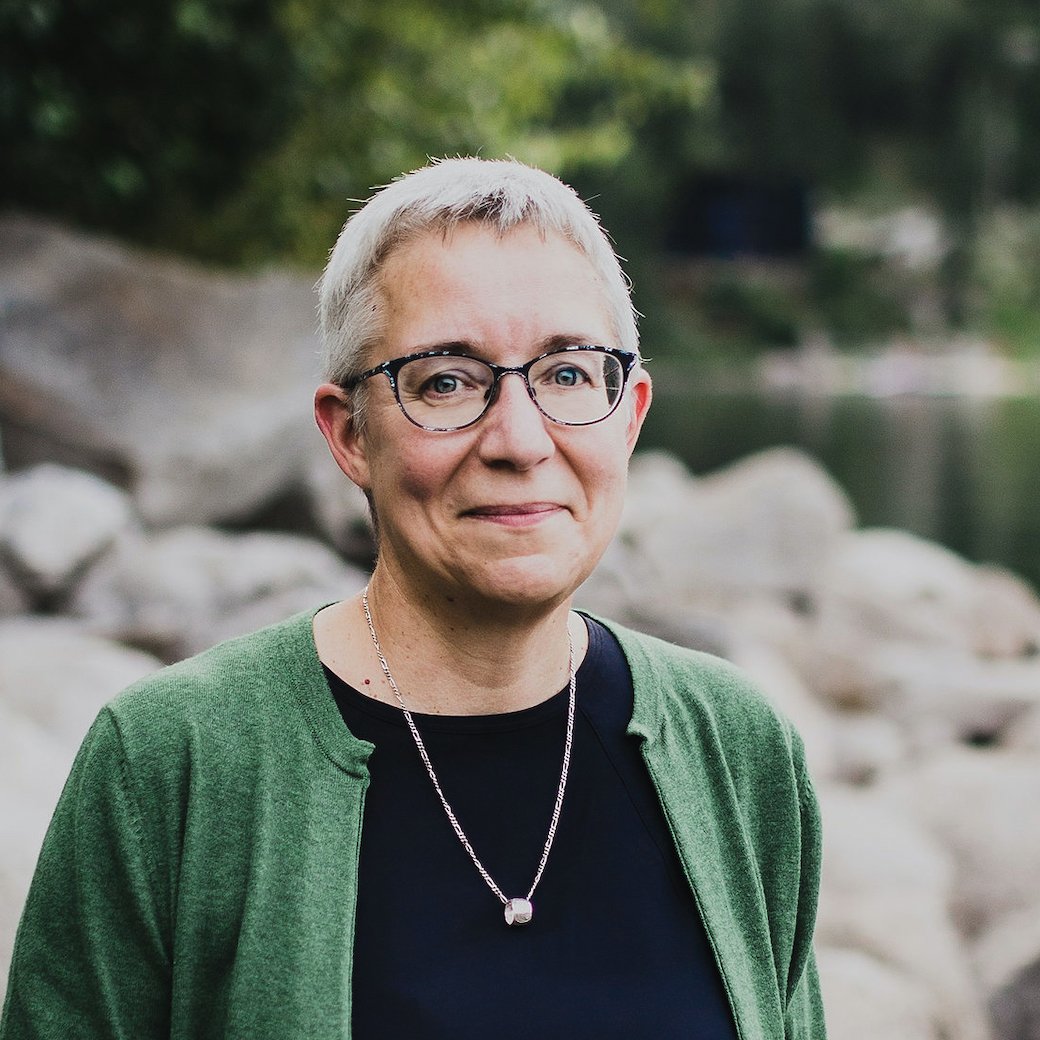 Eventually, most B.C. livestock is slaughtered into meat — but where?

It’s a question that’s plagued farmers, ranchers, abattoir owners and B.C. politicians for almost 20 years, most recently this month with the release of a policy intentions paper by the provincial ministry of agriculture. A question the pandemic has dramatically thrown into focus.

“There are a lot more (people) wanting to buy local, and it has put a strain on the meat processing sector unlike anything seen in the past,” said Nova Woodbury, the executive director of the B.C. Association of Abattoirs.

B.C. produces between 25 and 50 per cent of the beef, pork and lamb eaten in the province — about 44 million pounds.

The remainder, excluding imports from abroad, likely comes from one of three abattoirs — two are in Alberta, one is in Ontario — that together process roughly 95 per cent of Canada’s beef (the pork industry is similarly concentrated) and supply most grocery stores in the country.

These factories, owned by the multinational meat processors Cargill and JBS, have the capacity to slaughter about 10,500 head of cattle a day — three times more than B.C.’s annual slaughtering capacity, Woodbury said.

That vulnerability was laid bare by COVID-19.

Last spring, hundreds of workers at JBS and Cargill plants in Alberta tested positive for the virus, forcing them to halt operations temporarily and sending shockwaves through Canada’s meat supply chain — including an ongoing spike in demand for local meat, Woodbury said.

“#JBS and #Cargill control the flow of #beef through #Canada’s #foodsystem,” the @NFUcanada noted in an April policy brief. “Their three processing plants form a choke point…(that is) one of the weakest links in Canada’s food system.” #COVID-19 #food

“(Butchers and abattoirs) are just overwhelmed,” she said.

More overwhelmed, that is, than usual.

B.C. has seen a rapid decline in its meat processing capacity since a 2003 overhaul of the province’s abattoir regulations, in response to Canada’s BSE (mad cow disease) crisis.

The new regulations required provincially inspected abattoirs, then common throughout the province, to upgrade their facilities to meet new food safety and hygiene requirements on par with federally inspected plants such as the pandemic-struck Cargill and JBS plants.

These abattoirs are regulated under “A” and “B” licences and must have a provincial meat inspector check each animal for disease or mistreatment before and after slaughter. There are no limits on the number of animals these abattoirs can process, and their products can be sold anywhere in the province.

Some made the investment, but many abattoir owners left the industry, Woodbury said. That left small-scale farmers in many parts of the province, particularly hard-to-access areas such as Haida Gwaii and Bella Coola, without the ability to slaughter and butcher their animals.

Those losses were devastating for rural communities, according to Abra Brynne, a food systems policy adviser for B.C.-based non-profit Farm Folk City Folk.

“With the change in meat inspection regulations, suddenly a practice that had been very common across our landscapes and communities for generations became an illegal activity. And it wasn’t just about food security, it was also culture, it was the agricultural economy, it was diversified income streams,” she said.

In response, the provincial Ministry of Agriculture created two additional licence categories, “D” and “E,” which allow on-farm slaughter operations and allow farmers to slaughter a limited number of animals if they can prove a class A or B facility isn’t easily accessible. An inspector doesn’t need to be on-farm for the slaughter at abattoirs operating on these licences — but they can only sell within the farm’s regional district.

That change was controversial.

Class A and B abattoirs argued that the new licence categories undercut their already-battered industry, while undermining food safety, Woodbury said.

Meanwhile, proponents for D and E licences made the case that the new licence categories could best support farmers and provide rural communities with safer and more humane meat than the most common alternative — grocery-store meat, likely processed at one of Canada’s three massive, federally inspected plants.

It’s an ongoing debate; earlier this month, the B.C. Ministry of Agriculture published an intentions paper to update the regulations, which has taken on a new urgency as COVID-19 swept through Canada’s large meat processing plants.

“It’s hard to argue with the fact the larger plants can achieve a lot more efficiencies,” Brynne said.

Those efficiencies might be a problem — and not just because of a pandemic.

A 2008 report by the National Farmers Union tracked the transformation of Canada’s beef processing industry from the late 1980s, when an early version of the NAFTA agreement was implemented, to the mid-2000s.

It was a period that saw rapid consolidation within the meat processing industry in both Canada and the U.S. Companies such as Cargill and JBS started building the massive packing plants seen today — more profitable, thanks to economies of scale — and built their own feedlots.

That drove down cattle prices for farmers while increasing revenues for processing companies — and grocery chains, which didn’t necessarily pass on those lower costs to consumers, the report said.

“When you get into a monopoly, (the systems) becomes less efficient because they use their power to move prices where they want to make more profit.”

That limits where many farmers can sell their animals, while contributing to an industry-wide decline in the number of Canadian farms and new farmers entering the industry.

Dowling and Brynne both noted that larger plants also have questionable workplace safety and environmental track records that are increasingly pushing consumers toward local meat — and the smaller abattoirs that can supply it.

That’s where the potential updates to provincial abattoir regulations come in.

“There are a range of ways to secure safe food, human animal handling, and the thriving of place-based meat systems,” from licenced class A abattoirs to class E on-farm slaughters, Brynne said. And each class of facility, she said, helps farmers and processors adapt to specific geographic and market pressures.

Still, new provincial regulations might be details in the larger challenge: Supplying British Columbians with enough local meat for their needs — and ensuring farmers and abattoirs stay in business.

“We need to heavily invest in agriculture if we really want to move towards food security,” Woodbury said.

Local demand for local meat notwithstanding, the concentration of abattoirs has been aided and abetted by the gentrification, NIMBY appeals of local communities. The justification for the NIMBY approach has been the abject failure of the meat processing industry to control and manage its waste, it's holding pens it's entire slaughtering process. "Efficiency" means to the industry only lower costs and greater profits. No consideration for animal welfare, no investment in modernized, more sanitary systems, and certainly NO consideration for the well-being of the creatures awaiting slaughter. The entire package is enough to turn stomachs and increase vegetarianism. It is also why the industry is notorious for employing (especially in US) illegal immigrants who are treated as latter day slaves. and in Canada people who are desperate for any job at all.

Humanity's dependence on animal protein has ended up with a lengthy history of atrocities like "buffalo jumps", passenger pigeon extermination and the utter destruction of the once abundant cod and salmon fisheries. Coupled with our atrocious wastage of food, humans are a blight on the planet.

The thing that bothers me

The thing that bothers me about centralizing the slaughter/packing operations is that while it's "more efficient" for those operations, and for the large grocery chains they supply, it's not efficient for any farmers/ranchers but those nearby, the others bear the cost of transport, and we all bear the GWG cost of transport along with that of feedlot methane production. So the externalized costs are borne not by the high-profit-taking "packing" operations but by those who actually produce the meat, and "all of us" whether we eat that meat, other meat, or no meat.
Not to mention that they've been very recently, if they're not still so, noted for hiring foreign workers, without regard for their employment and human rights ... basically indentured servants with no right to leave the servitude. Not that the temporary "migrant" farm workers who harvest fruit and vegetable crops aren't also treated very badly.
IOW, it's best for the biggest corporations, and less good or not good for others in the production chain.
But that winds up being the case with practically everything else, too, doesn't it? In my not so humble opinion, it's a big part of what's wrong with our society.