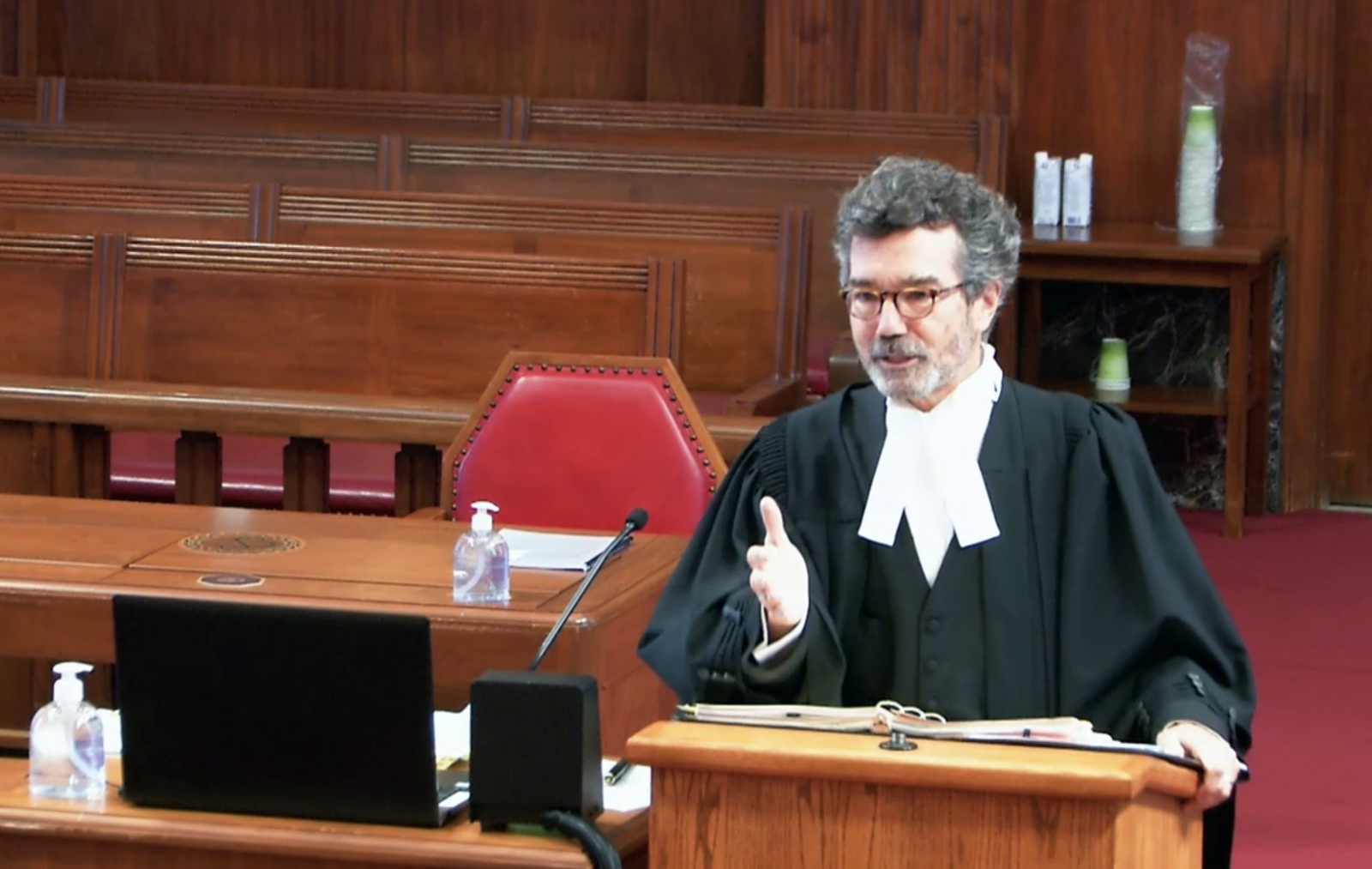 If the federal government wants to tackle the climate crisis, it could have simply made it a crime to pollute, lawyers for Saskatchewan and Alberta argued at the Supreme Court of Canada on Tuesday.

And if that didn’t work?

Well, then, “that’s democracy,” Saskatchewan’s representative offered — and the only solution is for voters to pass judgement at the polls.

The Supreme Court held the first of two days of hearings on Tuesday that will determine the ultimate fate of the Liberal government’s carbon pricing law.

Provinces must enact their own pollution-fighting mechanisms that meet or exceed minimum national standards under the Greenhouse Gas Pollution Pricing Act, or else they become subject to a federally designed system that does.

Saskatchewan, Ontario and Alberta have each asked appeals courts to determine the constitutionality of the federal carbon pricing system. Ontario and Saskatchewan lost their challenges, but the Alberta Court of Appeal found it to be unconstitutional.

Quebec, Manitoba and New Brunswick are all intervening in favour of the provincial challenge. Quebec Premier François Legault has said that, although the province has a carbon pricing plan, his government wants to maintain provincial autonomy.

But British Columbia, which also has a carbon price in place, is intervening on the side of the federal government. B.C. said in 2018 that it believed that the federal government has a right to price pollution while providing the provinces the "flexibility" they need to design their own plans.

This week, the federal government approved an Ontario plan to price pollution, although Environment Minister Jonathan Wilkinson characterized that program as "weaker" than the national pricing system.

Saskatchewan and Alberta argued the federal government already has all the jurisdiction it needs to cut carbon pollution, and going beyond that would unnecessarily expand the idea of a “national concern.”

Mitch McAdam, the director of the constitutional law branch in the Saskatchewan Ministry of Justice, said the Supreme Court has a “duty to protect the balance of the federation,” and allowing the federal law would “forever destabilize” the ability for provinces and Ottawa to co-operate.

Ottawa has “a broad range of very significant powers that they could access in terms of regulating this — including, in particular, the criminal law power and the taxation power,” McAdam said.

Peter Gall, partner at Gall Legge Grant Zwack and a lawyer representing Alberta, also said that if a province decides to do little or nothing to cut carbon pollution, “couldn’t Canada do something more heavy-handed, under the criminal law or its taxation power?”

When McAdam was asked by Justice Suzanne Côté what would happen if provinces said they don’t care about carbon pricing, McAdam replied, “that’s federalism, and that’s democracy.”

“If it’s an unpopular decision, then they have to go to the polls, and face the electorate and the electorate can vote them out at the next election,” he said.

But Gareth Morley, senior legal counsel for B.C., said leaving carbon pricing completely to the provinces would generate “extraprovincial issues” because businesses would migrate to jurisdictions in Canada with less stringent requirements.

“That’s what sovereignty is. Provinces are not independent states,” Morley said. “Co-operation can’t mean that everybody has a veto.”

Guy Pratte, partner at Borden Ladner Gervais LLP who is representing the federal government, said the provinces’ appeal to federalism contrasted strangely with their suggestion that Parliament use the criminal code, a power that is “a lot more intrusive, and a lot less efficient.”

“If you criminalized any emissions over an amount, imagine how inefficient it would be?” Pratte asked the justices. As with people avoiding taxes, he argued, Canadians would simply try to avoid consequences for polluting, and many would get away with it.

Instead, he said, the carbon pricing system encourages businesses to innovate and become more energy efficient, so they pay less for pollution and their activities are ultimately more profitable. “The evidence is clear: this is the least intrusive, most effective” method, he said.

Throughout the day, the justices vocally wrestled with jurisdiction issues. Justice Malcolm Rowe described the federal backstop system as Ottawa holding a gun to the heads of provinces. He called it, “co-operative federalism — or else.”

Rowe also said the output-based pricing system in the law amounted to a “national industrial policy for the future of heavy-emitting industries in this country.”

Justice Michael Moldaver, however, acknowledged that climate change was a systemic issue, such that if one province “decides to go rogue” then that has a potential impact on the whole of Canada.

“We are into a situation now where, everybody, as I understand it, agrees that climate change is a serious threat to life on Earth as we know it. Some call it an existential threat,” he said.

“It’s doubly so, shall we say, in terms of Canada that is surrounded by water on three sides, and particularly the Arctic, and there’s evidence before the court that we are already seeing the effects of it. Whether I agree or not with that, those are the accepted facts that are before the court.”

The hearing on Tuesday was the first in-person hearing in the coronavirus pandemic. Justices were separated from each other by transparent barriers and were physically distanced, taking up two separate rows in the courtroom.

This is a very well reported

This is a very well reported and informative article. It explained the positions well on a topic that has multifaceted implications for our confederation. Thank you.

Regulating emissions can occur directly through federally enforced rules, or indirectly through federally controlled pricing. If Alberta et al get their way by some contorted logic about jurisdiction -- a free pass for some things (emissions), control on others (pipelines) -- then they will certainly cause a constitutional crisis as well as confusion about the difference. And they will open themselves up to the more stringent direct pollution laws and regulations that analysts such as Mark Jaccard concluded are more effective and less subject to political manipulation than carbon pricing on its own.

Meanwhile, the carmakers continue to build hundreds of billions of dollars in manufacturing capability that will churn out millions of zero emission vehicles by mid-decade. Alberta will sell less carbon and thus receive less revenue than ever before, especially once a few models reach price parity with gasoline cars. Volkswagen has no less than 75 new EV models on the boards, several of which will be cheap. Batteries are improving by great leaps and bounds. Revenue from carbon and fuels taxes are going to fall, and all jurisdictions that are over-dependent on fossil fuel sales will need to find other sources of revenue.

Not a few intelligent critics have suggested turning toward developing products and services based on human resources instead of shipping raw natural resources. The wisdom in that is painfully obvious to all but the fossil fuel magical thinkers.

I second those conclusions.

I second those conclusions. But fossil fuel dependence seems to produce fossils. We need to stand on guard that we don't all become just that....fossils on hot house earth.
Going forward, the proponents of business as usual in the energy business are looking more and more like climate criminals. Let's hope the Supreme Court doesn't give them a hall pass to continue.