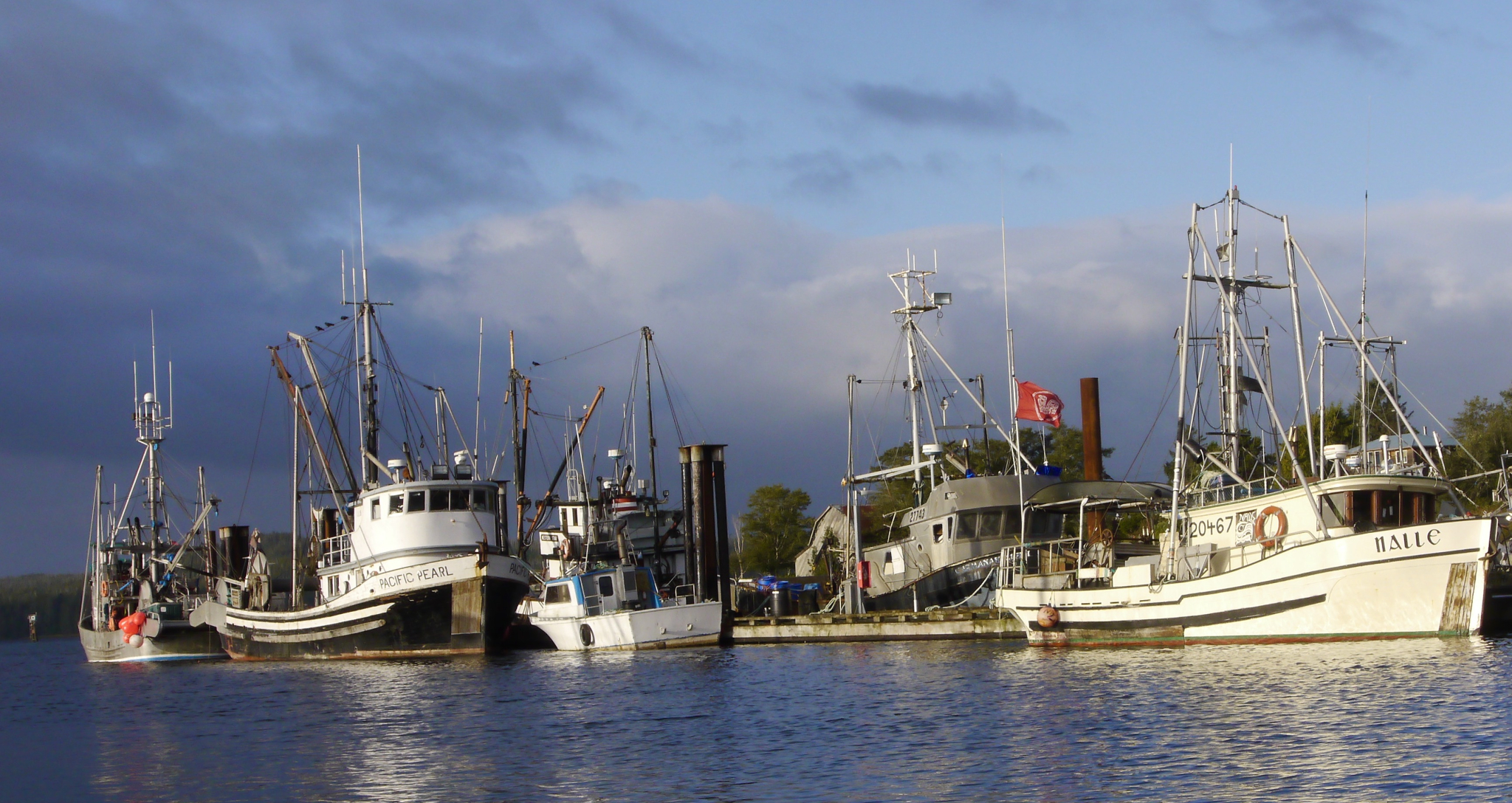 The total number of fishing boats in B.C. dropped by 30 per cent between 2000 and 2015. Most of those lost were smaller, family-owned boats whose owners either retired, or could no longer afford the high lease prices they needed to pay for the right to fi
Previous story
Next story

He’s not alone: Roughly 85 per cent of seafood caught in the province is exported, yet B.C. fish harvesters can’t get their catch to local markets — and the provincial government is doing little to change that in its plans to increase food security post-pandemic.

“If the province’s goals are to get people working, to grow businesses, and create stronger communities, they’re missing the mark on all three goals if they don’t include (fishing)” said Lawson, who is Heiltsuk and works in B.C.’s salmon, groundfish, and dive fisheries

“If you ignore fishing, you’re ignoring First Nation and other coastal communities, because that’s a huge traditional job in those areas.”

Last week, the province released its mid-pandemic economic restart plan, committing about $25 million to increasing B.C.’s food security. None of that money is earmarked to make local seafood more available, despite the province’s extensive coastline and fishing economy.

There are about 4,000 fish harvesters scattered across the province who harvested about 196,000 tonnes of wild seafood in 2018, worth $476 million — everything from salmon to crab to geoducks.

Most of that seafood didn’t stay in Canada.

The province exports all but about 15 per cent of its annual catch each year and, like most of Canada, imports between 70 and 90 per cent of the seafood British Columbians eat, according to federal data.

“We should not be in a position where all our fish is being exported,” said Tasha Sutcliffe, a fisheries policy adviser for Ecotrust Canada, a non-profit that supports rural B.C. communities' and First Nations’ economic development.

“If you ignore #fishing, you’re ignoring #FirstNation and other #coastal communities, because that’s a huge traditional job in those areas,” James Lawson, a #BC #fishharvester [email protected]@ecotrustcanada

“(We need to make) sure we have access to good, safe, local food so we’re not just relying on imports for safety reasons, and for quality and access to volume reasons.”

But making B.C. seafood more available is more complicated than it sounds.

The licensing policies that give fish harvesters the right to fish the B.C. coast have privatized access to seafood and put them on the open market. It’s a system that has successfully mitigated the fisheries' ecological impact, but has allowed non-fishermen, including Canadian and foreign investors, to control when B.C. fish is caught, who catches it — and where it's sold.

“There are no real controls around licence and quota ownership to ensure that access to the fishery stays in adjacent communities and First Nations. We’ve known that for years now, and COVID basically shone a spotlight on that issue,” Sutcliffe said.

Most fisheries in B.C. are managed with two interlocked regulatory tools: licences and individual transferrable quotas.

Licences are purchased from Fisheries and Oceans Canada and give a fish harvester the right to fish; individual transferrable quotas determine the volume of fish that a harvester can catch and are used by the agency to limit the total volume of fish killed. Depending on the fishery, these can be worth millions.

B.C. is unique in Canada in that there are currently no limitations on who can purchase licences and quotas for West Coast fisheries (different rules on the East Coast tightly regulate licences and quota ownership there), so most belong to investors, corporations, or retired fishermen — not the people with their boots on deck.

Instead, most active fish harvesters in B.C. — particularly young fish harvesters like Lawson — rent the right to fish from licence and quota owners. These lease fees can be steep, topping out at around 80 per cent of their catch’s estimated value. And because the fish doesn’t “belong” to them, fish harvesters can’t decide when they fish or where the fish they catch is sold.

Including during the pandemic: In the six months since COVID-19 struck, some harvesters who wanted to sell more fish locally couldn’t because the owner of their licences wanted to sell the catch to international markets to maximize their profits, Sutcliffe said.

“We have this corporate control of fisheries, and that means a number of our fisheries still have (most) of our fish being sent out of B.C. and out of Canada,” Sutcliffe said.

Not only does that erode the province’s ability to feed itself with B.C. fish, she noted, but most fish is exported unprocessed, eliminating job opportunities in fish processing plants and fetching a lower price for harvesters.

“You end up with harvesters getting penalized by price, Canadians and British Columbians get penalized by the lack of access to local food, and there’s a huge amount of waste because many millions of pounds of fish can be wasted as the companies (that own the licences) are willing to lose volume because they can make up the difference with a favourable exchange rate.”

Nor is this problem new. A 2019 report by the federal Standing Committee on Fisheries and Oceans reviewing B.C. fisheries’ social and economic well-being noted that “West Coast commercial fisheries fall short … in how they benefit active (fish harvesters) and their coastal communities” because of the licensing and quota system, and federal fisheries minister Bernadette Jordan acknowledged the system needs to be reviewed earlier this year.

For instance, when the pandemic hit, many fishermen tried to organize systems to provide fish for their communities. Those efforts were often hindered because the harvesters needed to rely on leased licences.

“Individual harvesters who aren't independent (licence holders) don't have control of their own fishery, so they can't adapt and innovate quickly the way they need to in a time like this because they're beholden to owners,” Sutcliffe said.

Still, change is possible — and the provincial government has a role to play, even if fishing quotas and licences fall primarily under federal jurisdiction, she said.

A September letter to Lana Popham, the former B.C. minister of agriculture, penned by Sutcliffe and Ecotrust Canada, noted that “if the B.C. government chooses to act to ensure the sustainability of …fisheries jobs and fisheries-dependent communities, it has many policy and program tools at hand to do so … such as domestic processing requirements; price-setting mechanisms; and fair sharing of seafood landed value.”

The B.C. ministry of agriculture was not available for comment during the writ period.

“The opportunity for selling locally is lost when someone else is dictating where (fish harvesters) sell their fish, but then you don't really see that food security, the local nutrition, going to ourselves.”

Is that the reason virtually

Is that the reason virtually all of the frozen fish in my Saskatchewan Co-op store is labelled “Product of China”? No thanks. I want to buy fish taken responsibly from Canadian waters by Canadian fishers and labelled “Product of Canada.” Can we stop hollowing out our country’s resources and exporting employment to enrich foreign interests?

The "product of Canada" label

The "product of Canada" label seems to mean "fish-farmed in coastal waters" here.
A few years back, I read stats indicating that most of the fish taken in Canadian coastal waters didn't even come ashore for any processing at all: it was frozen aboard the ship that caught it.
Frankly, we should be providing our own markets with everything we make, to the point the market is satisfied ... and sell excess abroad. And there's no excuse for sending raw resources away to be processed offshore, with no jobs for Canadians. No income for Canadians.

SAME OLD, SAME OLD! And we

SAME OLD, SAME OLD! And we expected a different direction after COVID19? Our provincial premiers of all political stripes do not seem to have any intention of a change in direction. Food security? Phooey.  Supply chains, who cares! The Canadian gov't won't even tell me where the raw ingredients for our prescription drugs come from in a general sense. Private info, I'm told. In the US , 85 % comes from China, and I expect Canada is similar.
And can we expect a change in public health investment , protection for our seniors? I doubt it. Look at reaction to throne speech, no thought of compromise, working together for our good. It's an us vs them environment.
And I bet food security and more local sourcing is way down the list of our leaders priorities. So folks , time to write your MLA , your MP and let them know what you want. My Alberta MLA just put a notice in the local papers! Do not write me! It's not my fault! Typical UCP attitude!

I don't understand how you

I don't understand how you can write about the BC fishing industry and not mention Jimmy Pattison, who owns the largest fishing fleet in BC and "harvests" about a quarter of the total catch.

One throwaway line from the

As the availability of many

As the availability of many commodities, including fish, has been reduced as a result of the pandemic, some or perhaps many local leaders have started to take measures to promote "buy local". Québec is a very good example. Coupled with Canadians' anger at the protective measures imposed by the United States, buying local seems a logical solution, even if it may cost a little more for a Canadian product. It is difficult for us in Ontario to find BC salmon, fresh or in cans, on the shelves, but we do not want to get any that comes from the USA, so we buy salmon from Norway! Politicians must take more measures to ensure our food security and to offer our natural resources to ourselves in priority, before we start exporting them.