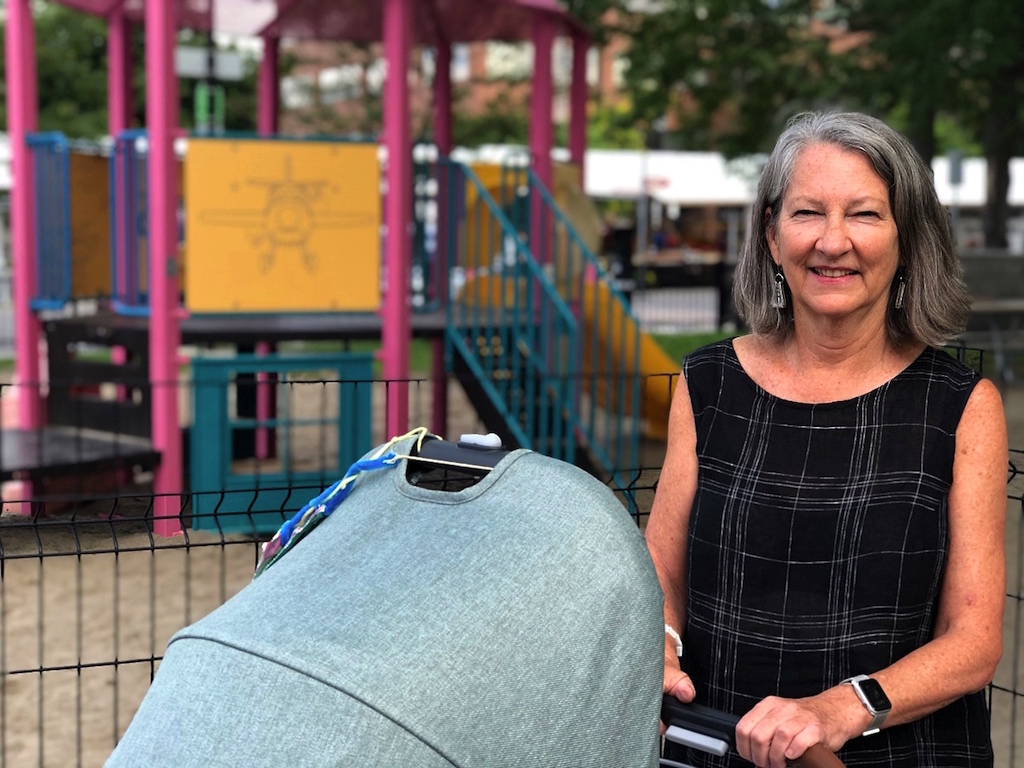 Advocates say they're heartened by the Trudeau government’s throne speech pledging a national child-care program, but the NDP says it's holding off any praise until concrete plans and dollars are in place.

“I’m very hopeful because the throne speech made it clear that the federal government understands that this is an ambitious program,” said Morna Ballantyne, executive director of Child Care Now, a national child-care advocacy organization.

The country’s economic recovery from COVID-19 depends on building a national early learning and child-care system that allows parents, particularly women, to get back to work, said Ballantyne on Thursday.

Building a nationwide, universal child-care system is a legacy project with the potential to transform Canada, Ballantyne said, adding the idea has been discussed for decades.

“The collapse of child care during the pandemic has convinced many more across the Canadian spectrum that transformation of child care in Canada is essential,” she said.

The throne speech presented by Gov. Gen. Julie Payette at the new parliamentary session Wednesday outlined the federal government’s priorities for the pandemic recovery upon its return to Parliament.

Women, racialized Canadians, and young people have faced most of the job losses during the pandemic — typified by double-digit unemployment and high underemployment, the speech stated.

And women, particularly low-income earners, are on the front lines of the pandemic, or shouldering much of the burden of unpaid care work at home.

“We must not let the legacy of the pandemic be one of rolling back the clock on women’s participation in the workforce, nor one of backtracking on the social and political gains women and allies have fought so hard to secure,” Payette said, reading from the speech.

It’s been almost 50 years since the Royal Commission on the Status of Women outlined the necessity of child-care services for women’s social and economic equality, the speech stated.

“Mothers who have been able to stay in the labour force by working at home are finding it just an impossible situation that can't continue,” Morna Ballantyne, of Child Care Now, on the urgency to establish a national child-care system. #cdnchildcare

“Recognizing the urgency of this challenge, the government will make a significant long-term sustained investment to create a Canada-wide early learning and child-care system,” Payette read.

Words are not enough, NDP says

The Liberal throne speech reflects many of the federal NDP’s priorities before and during the COVID-19 crisis, said Rachel Blaney, NDP party whip, on Thursday.

“It was very repetitive of many promises that the liberals have made historically,” said Blaney, MP for North Island-Powell River.

“We're looking forward to seeing what the child-care program will look like, but the Liberals often offer pretty words that sound very good, very progressive, but they don’t follow through.”

The NDP is looking for action from the federal government and intends to push them to make good on their promises, Blaney added.

Before the federal government prorogued Parliament, NDP Leader Jagmeet Singh had called for an immediate $2-billion cash infusion to sustain operators and reopen child-care spaces that were extinguished by the pandemic.

In addition, Singh called for a further $10 billion from Ottawa over the next four years to establish an affordable and accessible universal child-care system.

Ballantyne said the immediate $2 billion was necessary just to save the child-care spaces that existed prior to the pandemic.

But realizing the promise of a national child-care system will require a long-term plan and far-reaching investment by the federal government, she said.

“We’ll need to see in the next budget a significant multi-year financial commitment if we want to be able to really fully develop the system by both expanding the number of spaces, (while) also making inroads to make those spaces more affordable.”” Ballantyne said.

But the federal government needs to establish the national framework and delivery of public child-care, stressed Ballantyne.

“The child-care crisis is not going to get fixed by trying to transfer additional cash to parents and hope it’s somehow possible for them to find adequate, reliable, high-quality care,” she said.

“The solution rests in actually funding the supply of child care. That's a critical piece.”

Blaney said many of her constituents, particularly women, are being hindered from going back to work due the lack of availability and the expense of child-care.

And given COVID-19’s economic impact on households, parents are even more unlikely to be able to afford the high cost of child care, Blaney said.

“This is, of course, impacting women, largely, who want to return to work, have the capacity to return to work, but do not have any child care because the child-care spaces that were already scarce have become even more so,” Blaney said.

Quebec’s universal child-care model demonstrated there is a return on investments in childcare, she said.

“As soon as there was more affordable child care, more women returned to work,” Blaney said.

“And, it really had a huge impact on the economy. So, it's a win-win.”

Ballantyne said the pandemic not only exposed the fragility of a provincial, patchwork system of child care, but also placed women in untenable situations.

Many women were forced out, or simply exited the workforce, she said.

But those who remained working, usually from home, can’t go without accessible child care much longer.

“Mothers who have been able to stay in the labour force by working at home are finding it just an impossible situation that can't continue,” Ballantyne said.

“It's just impossible to be active in the paid labour force and meet the expectations of employers, while at the same time having to look after young children.”

I am a 67 year old mother of three. In the 80s in Toronto there was some subsidies and some public space. then Harris the vandal hacked it all away. Since then? AUSTERITY IS OUR FERVENT WATCHWORD. socialism only for the Westons et al
I will believe we have a universal childcare system after it is functioning for say 5 years. Like the article says, the Libs have been yaking about doing it for 50 years and...... nada so far.

It should not be forgotten

It should not be forgotten that the Liberal government of Paul Martin had negotiated agreements and set up federal funding for childcare in all provinces by the end of 2005. However a vote of no confidence (moved by Stephen Harper and seconded by Jack Layton) brought down the government, resulting in 10 years of Conservative rule. One of Harper's first steps was to replace federal funding for childcare by direct grants to parents which ended the national childcare program.
If the current Liberal government, with NDP support, is able to rebuild a national childcare program, the Conservatives should not be allowed another chance to destroy it.

What will the throne speech say about poverty?