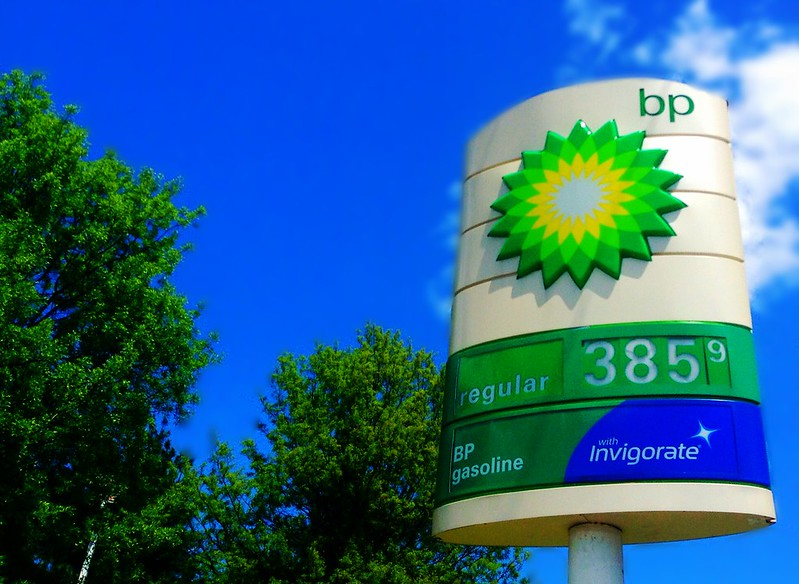 Earlier this year, oil giants BP and Royal Dutch Shell assessed the climate lobbying done by trade associations they have been involved with, and publicly quit a handful of high-profile industry groups campaigning to undermine regulations to reduce greenhouse gases.

The effort was part of a vow to increase corporate transparency and bring planet-heating emissions to net zero over the next few decades.

But Shell and BP ― the second- and fourth-largest oil companies by revenue last year ― are still active members of at least eight trade organizations lobbying against climate measures in the United States and Australia, an Unearthed and HuffPost investigation has found. These groups were not disclosed in the public reviews.

Reviews of leaked and publicly available documents show those groups are part of the sprawling network of state and regional trade associations that have, in at least one case, boasted about quashing the very carbon-reduction policies the oil giants publicly claim to support.

The companies said they either hoped to reform the trade groups, including the eight identified here, of which they are still part, or planned to review their membership going forward. But both BP and Shell refused to disclose full lists of trade associations where they have ongoing involvement.

“Our approach is that where policy differences arise, we will seek to influence from within ― and this may take time,” BP said in a statement. “If we reach an impasse, we will be transparent in publicly stating our differences. And on major issues, if our views and those of an association cannot be reconciled then we will be prepared to leave.”

A Shell spokeswoman said its next review would “select the additional industry associations because their climate-related policies have brought them to the attention of investors and non-governmental organisations, and because they operate in regions or countries where we have significant business activities.”

But the findings cast a dim light over the oil behemoths’ ballyhooed new climate pledges, raising questions about how seriously they can be taken when the companies are still funding lobbying operations that undermine their new commitments.

In the United States, both Shell and BP support groups such as the Alliance of Western Energy Consumers, which crusaded against Oregon’s efforts to put a price on carbon emissions, and the Texas Oil & Gas Association, a trade group in the nation’s top oil-producing state battling rules to restrict output of methane, a super-heating greenhouse gas.

In Australia, the two giants back the Australian Petroleum Production & Exploration Association and the Business Council of Australia, two groups fighting to undercut the country’s contributions to the Paris climate accords. Shell, meanwhile, quietly held its seat on the Queensland Resources Council, a key advocate of building the world’s largest coal mine.

“This is a standard business practice,” said Robert Brulle, a climate denial researcher and professor at Brown University’s Institute at Brown for Environment and Society. “They’re trying to have it both ways, being socially responsible without changing their actual positions.”

Shortly after taking the helm in February, BP CEO Bernard Looney began a review of lobbying by the company’s trade groups. He billed the effort as a “small but important step towards rebuilding trust in BP.” He promised a new era on climate change, where the company that a decade earlier rebranded as “Beyond Petroleum” would eliminate its carbon footprint and direct its powerful lobbying machine toward “advocacy for policies that support net zero.”

Shell published its own review in 2019, which it updated this year as part of what CEO Ben van Beurden called “a first step towards greater transparency around our activities with industry associations on the topic of climate change.” Yet the reviews covered only a narrow slice of their memberships.

Shell acknowledged its membership in hundreds of industry groups worldwide, but said its review assessed only 19 organizations selected “because their positions on climate-related policy have brought them to the attention of investors and non-governmental organisations (NGOs).”

BP declined to provide a ballpark estimate of how many trade associations it affiliates with, but said its review focused on 30 groups “on the basis that they are actively involved in energy policy discussions and salient to stakeholders.”

“BP and Shell’s disclosures focus on a narrower selection of industry associations,” said Faye Holder, an analyst at InfluenceMap, a British research outfit that analyzes the fossil fuel industry’s finances. “These groups tend to be the larger and more visible ones that already disclose their corporate membership, while the smaller, regional and sometimes less transparent ones are more likely to be left out.”

Among the more jarring examples of groups the companies omitted from the reviews are two regional organizations whose names suggest they represent coalitions of ordinary citizens concerned about energy prices.

In fact, the groups represent some of the biggest companies in the world, a tactic known in politics as “AstroTurfing,” wherein powerful industry players create front groups meant to appear like grassroots organizations with Average-Joe followings.

In February 2019, Alliance of Western Energy Consumers, which represents heavy industry on the West Coast, boasted that it had “defeated all carbon pricing bills” in Oregon ― describing efforts to drive “grassroots opposition” and coordinate “vote counts” during the state legislative session, emails obtained by the Climate Investigations Center show.

Both companies claim to strongly support carbon pricing, including in Oregon. Yet several employees of both BP and Shell at the time are listed as recipients of these emails. Shell confirmed that it is a member. BP declined to comment.

Though the companies failed to disclose it in their reviews, BP and Shell are also listed as top members of the Consumer Energy Alliance. The group bills itself as the “voice of the energy consumer,” but is actually run by the Republican-linked consultancy HBW Resources.

After running campaigns to oppose President Barack Obama’s rules to limit emissions of methane from oil and gas operations and pollution from coal power stations, the Consumer Energy Alliance turned its attention to state-level fights. The group was party to a lawsuit seeking to overturn Oregon’s clean fuel program, which aims to significantly reduce greenhouse gas emissions from transport fuels. The case concluded unsuccessfully in March 2019.

In a statement, the Consumer Energy Alliance said it fought Oregon’s clean fuel program because it would have raised prices without achieving significant environmental outcomes. The group said it opposed the Obama administration’s methane rule because it “would have interfered with the successful performance of state rules that were already reducing methane emissions.”

When President Donald Trump moved to roll back the methane rule shortly after taking office, BP and Shell publicly opposed the move.

“We don’t usually tell governments how to do their job but we’re ready to break with that and say, ‘Actually, we want to tell you how to do your job,’” Shell’s U.S. Country Chair Gretchen Watkins told Reuters at a March 2019 conference, urging the Trump administration “to put in a regulatory framework that will both regulate existing methane emissions by also future methane emissions.”

When the Environmental Protection Agency finalized plans to gut the methane rule in August, David Lawler, the head of BP America, issued a statement saying the company “respectfully disagrees with today’s decision by the administration.”

Both companies remain members of the American Petroleum Institute, the industry’s largest and most influential lobby in the United States and a fierce proponent of the Trump administration’s changes to the methane rule. Yet perhaps even more influential on the rollback were the state-level organizations whose smaller members claimed the biggest benefits from the deregulatory effort.

All of the groups campaigned aggressively for changes the New Mexico Oil & Gas Association said brought the federal regulation in line with what’s “appropriate” to “emphasize flexibility and innovation.” None of the groups’ names appeared in either company’s reviews.

Meanwhile, the Petroleum Association of Wyoming ― on whose board a BP executive sits ― joined a lawsuit last year to allow the leasing of public lands for oil and gas drilling without assessing the climate impacts.

Among the other major groups BP and Shell left off their reviews was the National Ocean Industries Association, which successfullylobbied the Trump administration to open up the United State’s entire continental shelf to drilling.

The move would open up areas containing up to 45 billion barrels of oil ― 21 billion barrels of which are estimated to be economically recoverable ― and jeopardize chances of meeting the Paris climate goals. A report released by the campaign group Global Witness last year found that any investment in new oil and gas fields is incompatible with limiting global warming to 1.5 degrees Celsius above pre-industrial norms, an average temperature roughly half a degree warmer than today.

NOIA has also lobbied the Trump administration to exclude the wider climate impacts of oil and gas projects from being assessed as part of the process of approving major infrastructure. Earlier this year Unearthed reported that BP has lobbied in support of these changes.

“We think it’s important that we continue to responsibly explore for and develop U.S. offshore resources to counter the natural decline of existing fields,” a Shell spokeswoman said. “It’s equally important that regulators ensure sound science can be gathered from prospective new areas to inform potential leasing and future exploration decisions.”

The key condition that BP and Shell say they have placed on trade groups is support for the Paris climate accord, which means backing the goal ― and policies to reach it ― of keeping global temperature rises to 1.5 degrees celsius. This has led Shell to walk away from one of its lobby groups and BP to quit three. Both companies have said they will seek to change some trade associations from within and identified others as being fully aligned with them on climate policy.

But two powerful lobby groups that BP and Shell publicly support ― the Australian Petroleum Production & Exploration Association and the Business Council of Australia ― back the use of a controversial loophole that could slash Australia’s contribution to the Paris goals.

Our approach is that where policy differences arise, we will seek to influence from within ― and this may take time.BP

The loophole involves using surplus carbon credits from Australia’s overachievement in meeting weak emissions reduction targets it secured under the Kyoto protocol. According to an analysis of the Australian government’s plans, using the credits would effectively cut the country’s 2030 climate target from 26% to 14%.

The European Union has banned member states from doing this on the grounds that it threatens the integrity of the Paris Agreement and no country other than Australia is openly planning to do so. But during last year’s general election, both the Australian Petroleum Production & Exploration Association and the Business Council of Australia challenged the Labor Party for refusing to use the credits if they won.

Despite this, both oil majors insist they are aligned with these groups on climate policy.

“Despite Australia’s horrific summer of bushfires, the government has not retracted its support for Kyoto carryover credits, and nor have APPEA [or] the BCA,” said Dan Gocher, an analyst for the nonprofit Australasian Centre for Corporate Responsibility.

Norwegian oil major Equinor ― another member of Australian Petroleum Production & Exploration Association ― has also criticized the loophole, and said in a review of its own lobby groups that the use of Kyoto credits could reduce the ambitions of the Paris climate agreement.

Equinor added that it would “encourage APPEA to take a clear stand on ... not supporting carryover of credits from the Kyoto protocol to the Paris Agreement.”

“BP and Shell have announced ambitious cuts to their carbon emissions,” Sen. Sheldon Whitehouse (D-R.I.) said in an interview, “but if they were serious about addressing climate change, they’d give big trade groups an ultimatum: support serious climate legislation or we’ll quit.”