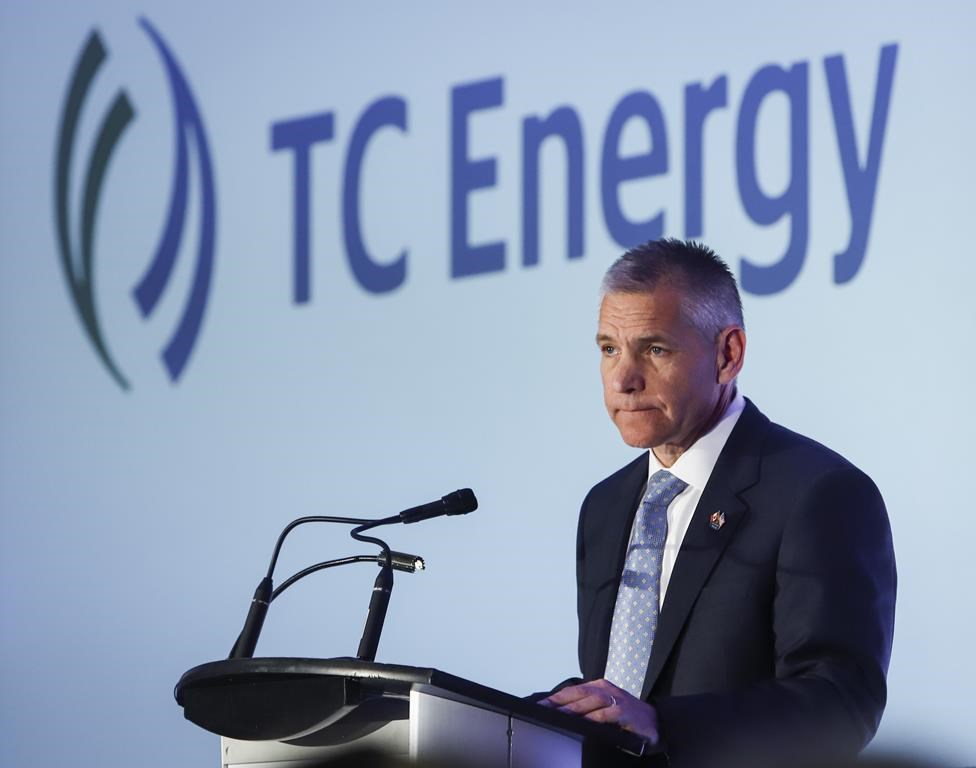 TransCanada president and CEO Russ Girling addresses the company's annual meeting after shareholders approved a name change to TC Energy in Calgary on May 3, 2019. File photo by The Canadian Press/Jeff McIntosh
Previous story
Next story

Indigenous communities are being given a chance to pursue an ownership interest in the Keystone XL pipeline project, builder TC Energy Corp. announced on Tuesday.

The Calgary-based company says a memorandum of understanding has been signed with Natural Law Energy, which represents four First Nations in Alberta and one in Saskatchewan.

“Today’s announcement is a testament to what we can accomplish when industry and Indigenous groups work together,” said Nekaneet First Nation Chief Alvin Francis, president of Natural Law.

“This historic agreement is an important step for our peoples and future generations to share in the energy wealth coming from our lands and traditional territories.”

TC Energy says a final agreement with Natural Law is expected to be completed in the fourth quarter of 2020, formalizing its participation in Keystone XL. It added it could participate in other potential related midstream and power projects.

“This MOU, which is one of the first of its kind for TC Energy with Indigenous communities, is a reflection of our commitment to working together to ensure Indigenous groups share the benefits of the Keystone XL Pipeline over the long-term as a valuable partner,” said Keystone XL president Richard Prior.

In an interview, Prior wouldn't give specifics but said the deal will be for a minority interest in the pipeline and TC won't directly provide the funding.

In March, the company approved construction of the US$8-billion project to transport up to 830,000 barrels per day of oil from Alberta to Nebraska after the Alberta government agreed to invest about US$1.1 billion (C$1.5 billion) as equity and guarantee a US$4.2-billion project loan.

Its future is still in doubt, however, as Democratic candidate Joe Biden has said he would cancel its vital presidential permit if he is elected president in November.

"This MOU affirms the shared importance Indigenous people and Alberta’s government place on projects such as Keystone XL, which will bring the jobs and steady economic benefits to lift more people onto solid financial ground – now and for years to come," said Premier Jason Kenney in a statement.

Indigenous communities are being given a chance to pursue an ownership interest in the Keystone XL pipeline project, builder TC Energy Corp. announced on Tuesday, September 29, 2020.

"The full participation of Indigenous people in our entire economy is central to reconciliation. Likewise, Alberta’s recovery depends on Indigenous communities participating in economic prosperity."

This report by The Canadian Press was first published Sept. 29, 2020