By Mike Blanchfield | News, Politics | September 30th 2020
#891 of 1611 articles from the Special Report: Coronavirus in Canada 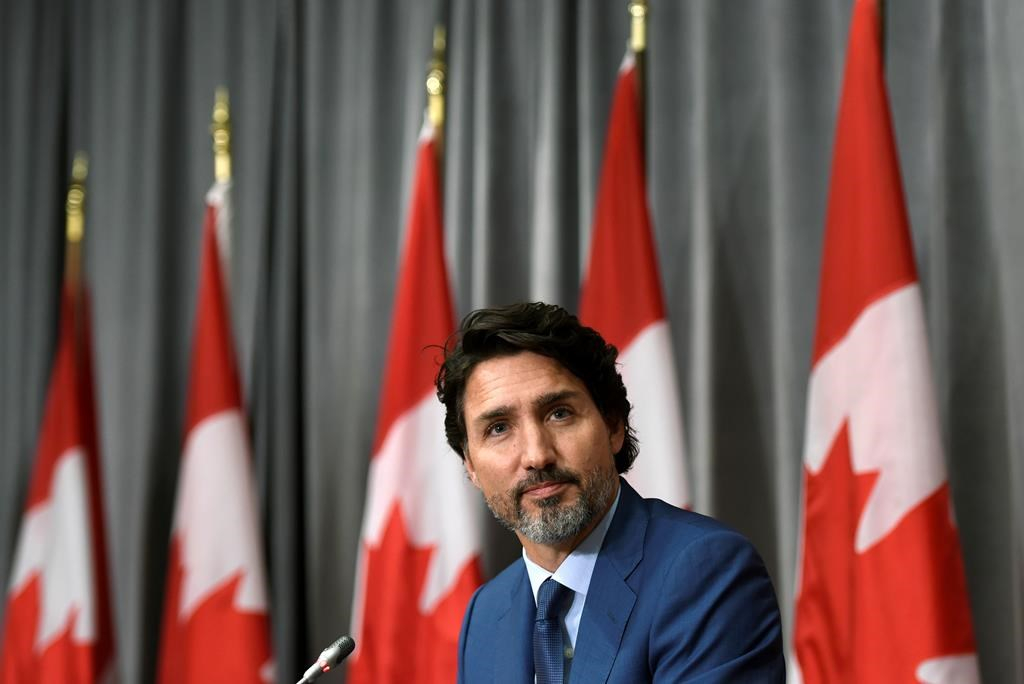 Prime Minister Justin Trudeau listens to a question during a news conference on the COVID-19 pandemic on Parliament Hill in Ottawa, on Friday, Sept. 25, 2020. File photo by The Canadian Press/Justin Tang
Previous story
Next story

Aid agencies welcomed Canada’s commitment on Tuesday of an extra $400 million in development and humanitarian spending to combat COVID-19.

The new money will go to "to trusted partners on the ground fighting COVID-19," Prime Minister Justin Trudeau said during a video conference at the United Nations that he co-hosted with Secretary-General Antonio Guterres and Jamaica's Prime Minister Andrew Holness.

Non-government organizations welcomed the government’s added spending after pleading for decades with successive Liberal and Conservative governments to offer a meaningful boost to the country’s overseas development assistance budget.

Nicolas Moyer, the chief executive of the Canadian Council for International Cooperation, said the new funds announced Tuesday by Trudeau were significant given last Friday’s commitment by the government to contribute $220 million to the COVID-19 Vaccine Global Access Facility or COVAX, which will help purchase vaccine doses for low- and middle-income countries.

"These investments come at a critical moment. With immense and growing needs around the world, Canada has stepped up at a time when world needs Canadian leadership more than ever," said Moyer.

"The COVID pandemic is the challenge of a generation. When the world needs us, it’s critical that Canada stands up and does its share."

Lindsay Glassco, president of Plan International Canada, said the pandemic has unravelled decades of progress on reducing poverty and improving gender equality at home and abroad.

"The pandemic has shown us how truly connected the world is and that solutions must extend beyond borders," said Glassco.

"The Canadian government has responded once again with funding and support to stop this setback, and for that we are grateful."

Aid agencies welcomed Canada’s commitment on Tuesday, September 29, 2020, of an extra $400 million in development and humanitarian spending to combat COVID-19.

Bill Chambers, the chief executive of Save the Children, said the novel coronavirus is destroying the lives of children in crisis zones from Syria to Myanmar.

“Now is the time we need leaders like Canada to commit to the global fight against this virus. We are reassured and inspired to see the government of Canada step up to the challenge while calling on others to do the same," he said.

It was the second time since the spring that Trudeau, Guterres and Holness held a meeting of the UN’s high-level panel on "financing for development in the era of COVID-19 and beyond." They held their first joint meeting in late May, less than three weeks before Canada failed to win a temporary seat on the Security Council.

Canada ran on a platform of trying to help rebuild the post-pandemic world in a contest that pitted it against Norway and Ireland for two non-permanent seats on the council, starting next year.

Trudeau said after the Security Council defeat that Canada would remain active on the world stage in trying to rebuild the battered economy.

"Canada believes that a strong, co-ordinated response across the world and across sectors is essential. This pandemic has provided an opportunity for a reset," Trudeau said Tuesday.

"This is our chance to accelerate our pre-pandemic efforts to reimagine economic systems that actually address global challenges like extreme poverty, inequality, and climate change."

Trudeau said Canada will invest more in the coming years and he will continue to advocate for debt relief for developing countries facing economic hardship because of the pandemic.

Canada will push to have the voices of those countries heard in larger forums such as the G7, G20 and World Bank, he added.

Guterres said he welcomed Trudeau’s push for debt relief, adding he would be advocating for it in the G20 because it could provide up to $12 billion in help for participating countries.

"The problem is to mobilize the resources," said Guterres.

"This has to do to the strengthening of the resources of the IMF and the World Bank and the other international financial institutions," he added.

"And this has to do with the vaccine and the need to massively invest in creating a vaccine that is a global public good."