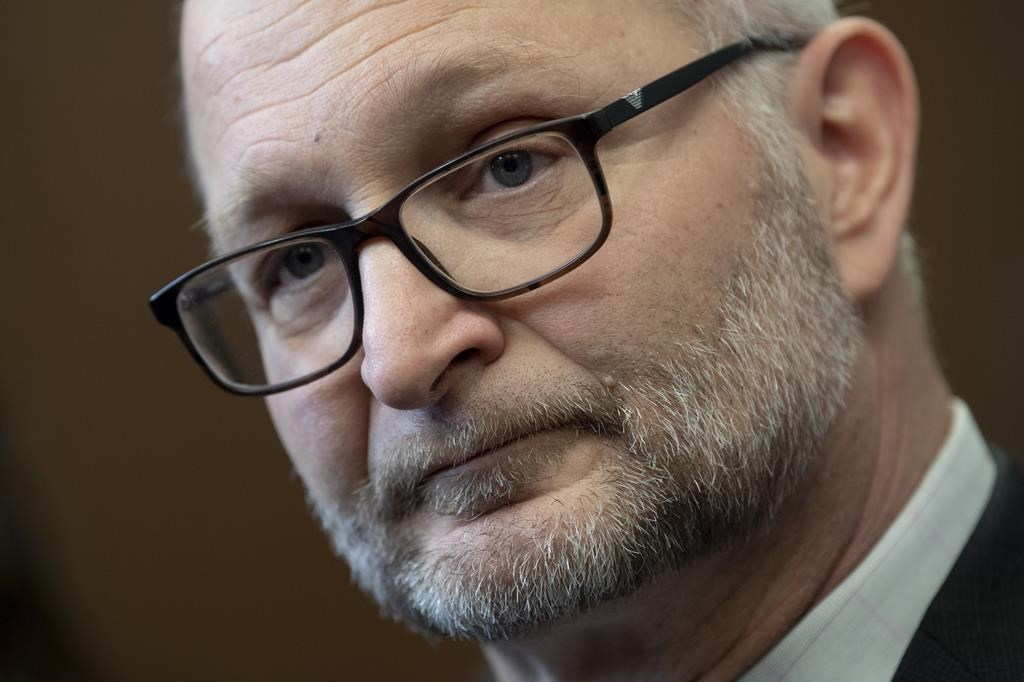 Minister of Justice and Attorney General of Canada David Lametti speaks with the media following party caucus in Ottawa, on Tuesday, January 28, 2020. File photo by The Canadian Press/Adrian Wyld
Previous story
Next story

The federal Liberals have reintroduced a bill that would ban forcing children or adults to undergo therapy aimed at altering their sexual orientation or gender identity.

The government had previously introduced the legislation in March, just before Parliament shut down due to the COVID-19 pandemic, and then their decision to prorogue in August erased the bill from the House of Commons agenda.

"On this side of the House we focus on advancing and protecting LGBTQ2 rights," she told the House of Commons Thursday.

The NDP had backed the previous bill. They suggested Thursday they would support this one as well, ensuring its passage through the House of Commons.

"Attempting to change a person's sexual orientation or gender identity is impossible and the attempts themselves do great harm to those fearing or already suffering from rejection by family, friends and their community," NDP MP Randall Garrison said in the House of Commons.

But he accused Liberals of deliberately introducing a potentially divisive piece of legislation just as he's begun his job as leader of the party. There are MPs in his caucus who have been vocally opposed to the bill in the past.

The new bill ignores the "drafting failures" of the first one, O'Toole said.

The federal Liberals have reintroduced a bill that would ban forcing children or adults to undergo therapy aimed at altering their sexual orientation or gender identity.

"Clarity is one of the goals of legislative drafting but the Liberals know that clarity and sincerity don't always make for good wedge politics in the age of Twitter," he said.

"The government knows if the bill is more clearly drafted they might lose their 'gotcha' effect that is becoming far too common in the politics we see to the south of us."

The new offences would not apply to those who provide support to individuals questioning their sexual orientation or gender identity, such as parents, friends, teachers, doctors, mental health professionals, school or pastoral counsellors and faith leaders.

But those who oppose the bill have suggested it is too vaguely worded to assure those protections.

Among them, former leadership contestant and MP Derek Sloan, who has the previous bill amounts to "effectively putting into law child abuse" because it promotes gender-reassignment surgery and criminalizes conversations between parents and their kids.

Justice Minister David Lametti insisted Thursday it does not.

He said conversations youth have with supportive adults and professionals are critical to their development. The bill also wouldn't criminalize conversations where personal points of view on sexual orientation or gender identity are expressed, he said.

"What this bill targets, what we are targeting, are those who actively work to and provide services designed to change someone's gender identity."

Lametti said the Liberals will work in good faith with the opposition on the bill and noted the support O'Toole gave the ban itself.

"If Mr. O'Toole is sincere, and I think he is, it will be up to him to bring his caucus in line."

O'Toole's office did not directly answer a question about whether Conservative MPs would be told how to vote on the bill or allowed to choose. During the leadership race, O'Toole had pledged to allow free votes on matters of conscience.

He has specifically mentioned that legislation on doctor-assisted death is a conscience issue. Many Tories are against the law, and O'Toole himself voted against it.

But amendments to it are required to conform with a court ruling last year. It struck down a provision that only allows those near death to end their lives with medical assistance. The Liberals put forward a bill with the changes before prorogation, meaning they now have to introduce it again.

The court gave the government until Dec. 18 to change the law, and Lametti said Thursday bill will be tabled "in the coming days."