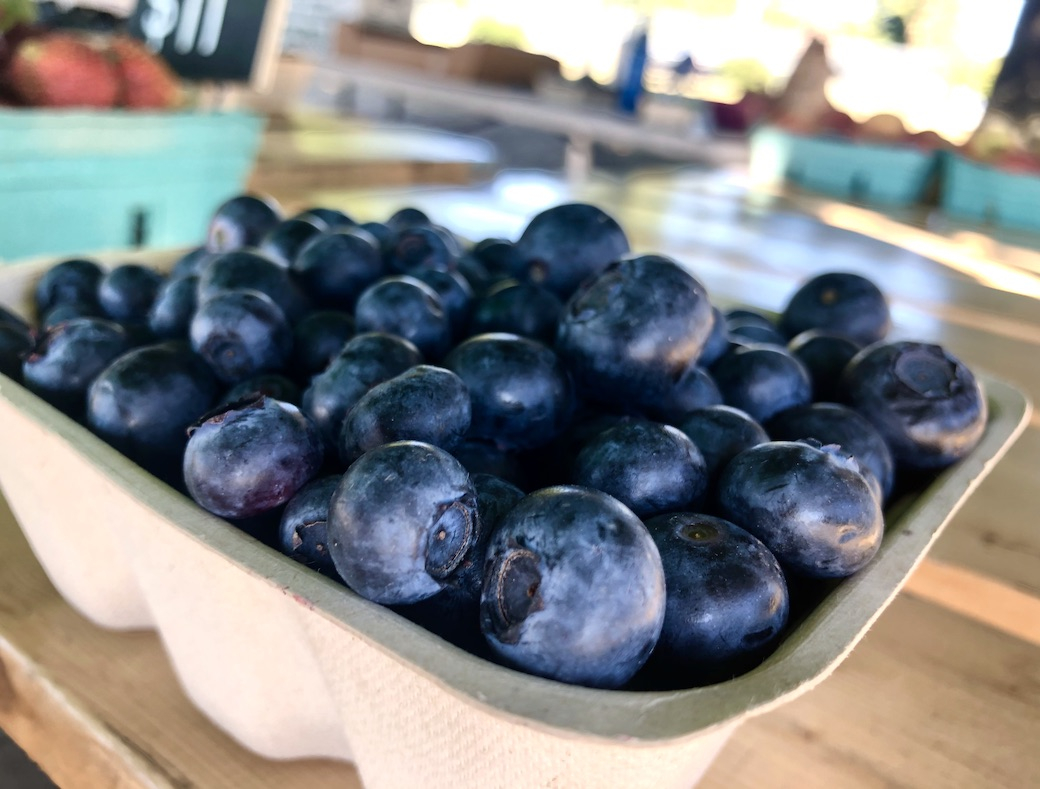 Blueberries are B.C.’s third-largest export and close to 95 per cent of them are sold in the U.S. Photo by Marc Fawcett-Atkinson
Previous story
Next story

Canadian blueberries are big business. Big enough that they might be next in line for U.S. tariffs.

Last month, the U.S. Department of Commerce requested the country’s International Trade Commission investigate whether imported blueberries are seriously harming American producers. It’s an unprecedented move that could hit B.C. hard: blueberries are B.C.’s third-largest export and close to 95 per cent of them are sold in the U.S.

“This could have a negative impact in terms of the value for the product,” said Anju Gill, executive director of the B.C. Blueberry Council.

“But it’s way too early to make any kind of speculation (yet) because we don’t know what the trade remedies (recommended by the investigation) are going to be.”

Last year, B.C. farmers grew about 86,000 tonnes of blueberries, while exports of the fruit were worth about $242 million in 2018. Most were sent to the U.S.; together with blueberry producers in the Maritimes, that makes Canada fourth among the country’s suppliers, with about $132 million worth of berries exported south of the border each year since 2014.

Still, we're not alone. Chile has been a major supplier for some time, and in the past seven years, Mexico and Peru have also become major players in the industry, with U.S. imports from those countries doubling in that time.

That has caused concern among blueberry growers in Georgia, Florida and other Republican southeastern U.S. states. And this concern has pushed the Trump administration to ask the U.S.’s International Trade Commission — an independent federal judicial body that adjudicates trade-related issues — to investigate whether imports are hurting American blueberry producers. The commission should reach its decision in about four months.

A so-called “Section 201” investigation examines the impact imports are having on domestic blueberry producers, and if it finds there is a significant negative impact on these farms, it gives the U.S. president several options to protect the domestic industry. Tariffs and other barriers on imports are among those measures.

"(U.S. #blueberry producers) are arguing they’ve been overwhelmed,” said @AlMussell, research lead @AgriFoodEcon. In response, @CommerceGov and @USDA have requested an investigation that might lead to #tariffs on #Canadian #farmers.

This kind of investigation is unique because, unlike other protectionist measures, it assesses the impact of all imports on U.S. farmers, regardless of their country of origin. That means Canadian blueberries will be evaluated alongside Chilean, Mexican and Peruvian imports.

Mexican and Peruvian imports seem to be the U.S. government’s main concern. Testimony from farmers, U.S. state representatives from Florida and Georgia (both Republican states) and other witnesses all pointed to Mexican imports as a key issue.

Washington state and Oregon — both blue states — are the U.S.'s top blueberry producers by weight. Neither was represented in the September report summarizing hearings that supported the U.S. Department of Commerce’s request for the investigation.

That discrepancy could be, in part, because Section 201 investigations are designed to minimize temporary “surges,” when imported blueberries are directly competing with domestic producers for a relatively short time, driving down the prices American growers get for their berries, Mussell explained.

Though with the hotly contested U.S. election less than a month away, there could also be political factors behind the recent announcement.

Regardless, there is a possibility Canadian farmers could avoid tariffs if the investigation finds their berries are not harming American farmers.

Additionally, the CUSMA (the new NAFTA), which came into force earlier this year, also requires the American government to negotiate tariffs on Canadian berry imports independently of those imposed on other countries.

If tariffs are imposed, they will probably push up the price of B.C. blueberries on both sides of the border as farmers and processors try to absorb the additional expense, Gill said.

“We will have to wait and see. That’s the general sense of how the investigation is expected to go (because) it’s way too early to make any speculations,” she said.