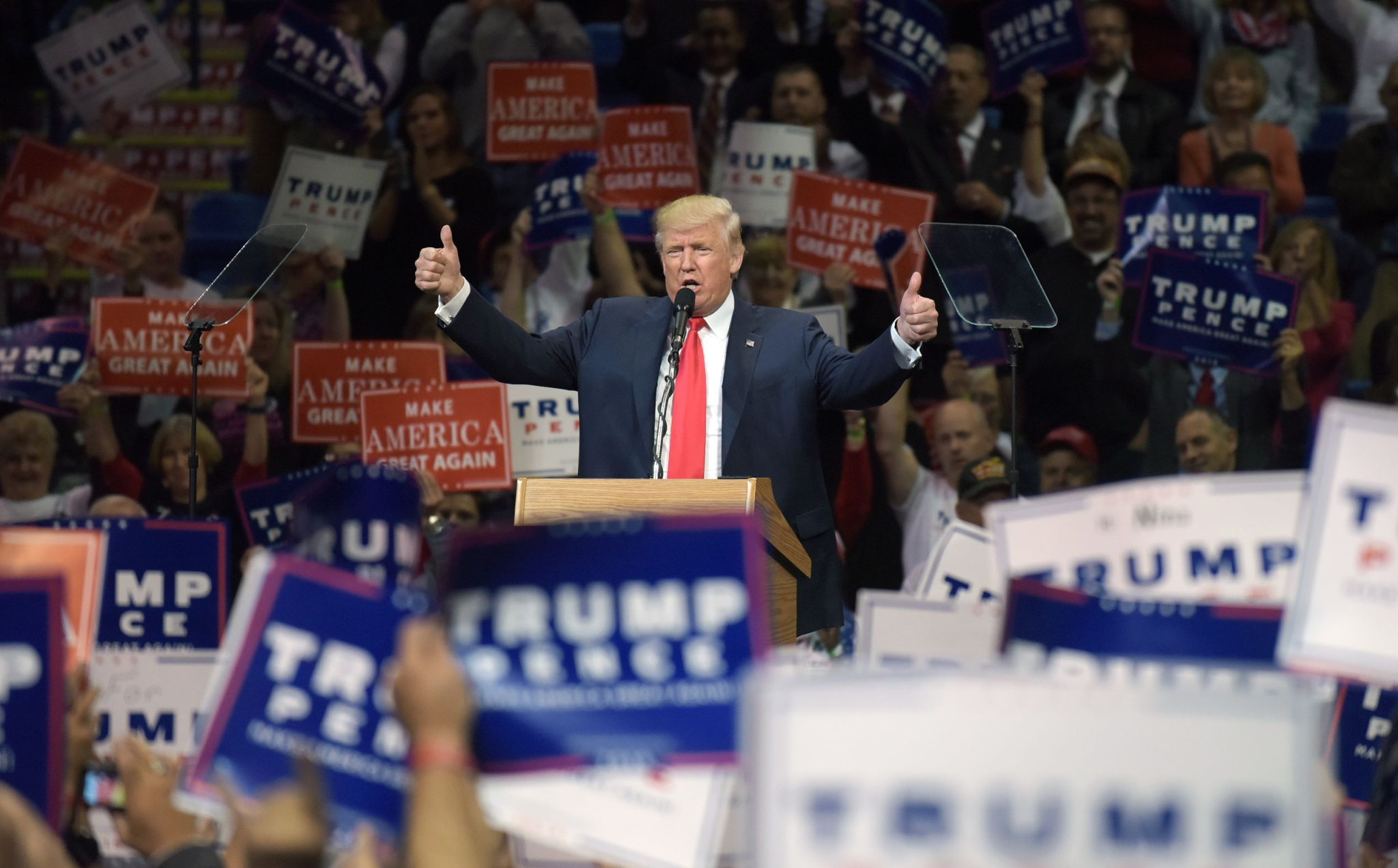 The stark decision facing Americans this November was on full display in the first presidential debate. On one side, there was loud, obnoxious and unorthodox Donald Trump, whose strongman shtick turns on his base. On the other was Joe Biden, stately and mostly calm. Biden represents an older political order that has disenfranchised so many, and Trump did his best to dig into this disenfranchisement and convince Americans that his brand of chaotic evil is good, actually.

Even though the divided United States is so neatly summed up by the choice between Trump and Biden, the division isn’t simply partisan. It’s also regional, based on class or occupation, city versus rural, and ideological.

As Black Lives Matter protests have exploded across the U.S., it’s clear that the foundation of the country — white supremacy — is its greatest problem. To confront a problem woven into the fabric of the nation will require a reckoning that could transform, and even unwind, the country.

The U.S. has profound problems — all settler-colonial states do. And as fascism rises, police brutality continues unabated and Americans take to their streets to demand rights, it’s increasingly clear that demanding system reform is a dead end. If the system was built to oppress, the only way to stop oppression is to destroy the system.

Dismantling the U.S. is an idea that is both radical and centuries-old. In 2009, Paul Starobin argued in the Wall Street Journal that Americans should consider transforming the U.S. into modern city-states, like innovative Singapore. He wrote: “America’s broke, ill-governed and way-too-big nation-like state might be saved, truly saved, not by an emergency federal bailout, but by a merciful carve-up into a trio of republics that would rely on their own ingenuity in making their connections to the wider world.”

Eleven years later, and the cry for decentralized government feels more and more like a possible solution to the mess that the not-so-United States finds itself in.

There is a deep crisis of democracy in the U.S.: the American government is too tied to the corporate world and too unresponsive to the people it governs. Partly, that’s because governing every American through three levels of government means that the thorniest issues can be passed from jurisdiction to jurisdiction without ever settling on a satisfying resolution.

The U.S. is a nation that was built on genocide and through slavery, and it has never accounted for either. The deep inequalities that exist today trace a direct line to the country’s foundation. More than one-quarter of the 38.1 million Americans living in poverty are Indigenous, and more than 20 per cent are Black. Indeed, the very people on whose backs and whose land the United States is built are the ones who continue to live in the most difficult conditions.

Reparations must be paid, and one estimate places the amount at US$10 trillion to $12 trillion just to close the wealth gap that exists between Black and white Americans. But money isn’t enough. Reparations also require a fundamental shift in where Black Americans find themselves in the U.S., while also giving land back to Indigenous nations that never ceded their territory. These two projects must be realized for the U.S. to face its past and chart a more equitable future, and it’s impossible to see this happening governed by the status quo.

The U.S. became the world’s most powerful superpower after the Second World War in an era where the prevailing political consensus, liberalism, was that if the markets were not mitigated, people would react with violence. The liberal consensus meant that both the Republicans and Democrats became big-tent parties that sought to help citizens in different ways by building a welfare state.

"If the system was built to oppress, the only way to stop oppression is to destroy the system," @NoLore writes ahead of U.S. #Election2020

Liberalism’s strength, glossing over the political divisions that exist within society, would eventually become its weakness, as the horror of two world wars and the Great Depression fell away from people’s minds. The Republicans, and then the Democrats, caused liberalism to fail in those fundamental promises: the welfare state was destroyed, the manufacturing base that provided good wages and good jobs is gone and inequality threatens social cohesion.

If liberalism falls, it will take its most important example down with it. And if it doesn’t, it is still the right time to engage in a democratic process for Americans to redefine what their state looks like. This could be an example of democracy and self-determination, two words Americans throw around a lot when they are in other countries but which are rarely practised very well domestically.

A new federal arrangement could certainly replicate a colonial structure, but a process that is rooted in reparations and respect for Indigenous sovereignty would have to be created mutually, in a way that avoids doing political business as usual. It might sound lofty, even impossible, to imagine democracy operating in a way that is local, decentralized and responds to average people’s needs. But it’s exactly how communities in the U.S. right now are co-operating to survive through the pandemic, floods, hurricanes and fires. Why would it be impossible to apply these principles more broadly to create a new kind of federal arrangement?

In 2000, Johan Galtung predicted the U.S. empire would fall in 2025. In 2010, he argued that this might happen when an “isolationist” president is elected who seeks to remove the U.S. from foreign engagement. The fall of this empire would have a profound impact on the U.S. domestically, as so much of politics and the economy have operated in service of the empire. As Trump has promised to bring U.S. troops home, how will having a domestic military shape the new era of a nation that does not have bases around the world and is no longer the great global military superpower?

In 2016, Vice featured Galtung’s theory and wrote: “He argued that American fascism would come from a capacity for tremendous global violence; a vision of American exceptionalism as the 'fittest nation'; a belief in a coming final war between good and evil; a cult of the strong state leading the fight of good against evil; and a cult of the 'strong leader.'" Galtung argued that 15 contradictions would bring the collapse of the empire but also would have profound impacts on the stability of the U.S. as a whole, especially where so many people have such deep and important grievances with the state.

There’s little question something major is going to have to happen to course-correct, and it’s not simply a Biden presidency. A Biden victory will diffuse a lot of the anger many Americans feel while also igniting another kind of anger — the fascist organizing that has been so intensely fuelled by Trump.

By eliminating this tier of government entirely, it would radically shift power and devolve decision-making to be closer to average people. It would fundamentally alter how states operate and would give average people a new struggle in which to participate: not just in rewriting a constitution that finally interprets "We the People" to mean all people, but also in righting historical wrongs through redistribution of wealth, land and power. It could be a way forward, where people can peacefully engage and bridge the division that threatens the existence of the United States.

By The Canadian Press | News, US News, Politics | October 2nd 2020
Coronavirus in Canada

Bernie Sanders puts Trump on notice: 'You are not going to destroy' U.S. democracy

I appreciate this grand

I appreciate this grand vision and the non apologetic naming of US today as proto fascist and hurtling towards a dictatorship beyond "reform".
She does not account for the fascist sympathizers armed to the teeth with 400 million weapons in private hands, and generally looking for a fight, not to mention the planet killing capacity of the military.
How and who gets them to calm down and disarm?

On the plus side, if you

On the plus side, if you could get them to split up into different chunks, if they just had to fight someone they could fight each other and leave the rest of us alone.