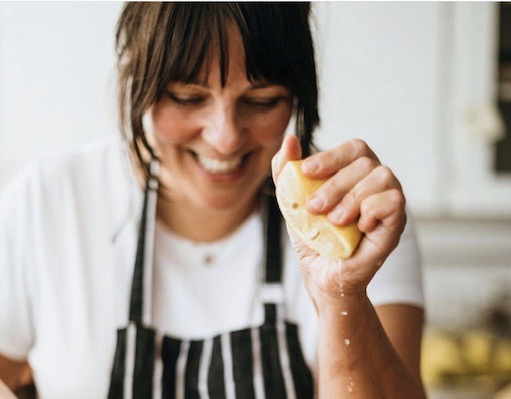 Geneviève Blanchet makes preserves professionally and has struggled since the pandemic started to find some key supplies: canning jars and lids. Photo by Anastasia Chomlack
Previous story
Next story

A professional jam-maker needs fruit, sugar and Mason jars to put them in. Until this year, the jars were the least of Geneviève Blanchet’s concerns.

“I never had to worry about (finding jars),” said Blanchet, who owns Le Meadow’s Pantry, a handcrafted jam and preserves company, and sells her goods at farmers markets and cafés across Vancouver.

This spring, when COVID-19 sent Canadians into a cooking frenzy, canning jars and the rubberized lids essential to make the preserves safe to eat started vanishing from store shelves across British Columbia. They’ve been in short supply ever since.

“I just went to Canadian Tire and places like that that always have (canning supplies), especially in the summer. Then, suddenly, it was strange: (they) only had a couple cases left. I started looking around regular grocery stores, where they were (also) quickly disappearing,” she said.

Blanchet cooks all day at least four days a week, making hundreds of jars of preserves — jams, marmalades, jellies — for clients across the city. And while many do return their empties, it’s never enough to keep up with her weekly demand.

It's not only that, she said. Mason jars hold the preserves, but special rubberized lids are needed to create the hermetic seal that protects preserves from bacterial contamination. Those lids have also been in short supply, limiting the amount of jam she has been able to produce this summer.

“For a few weeks, I didn’t have the litre-(sized jars of jam) at the farmers market,” she said, adding she couldn’t find the jars and lids anywhere in the Lower Mainland.

Blanchet isn’t the only one astounded by the rush to buy canning supplies.

“We get a lot of requests,” said Mel Lee, who works at Welk's General Store in Vancouver. The store gets calls and walk-ins asking for the supplies on an almost daily basis, she said.

This spring, as COVID-19 sent Canadians into a cooking frenzy, canning jars started vanishing from store shelves across British Columbia. They’ve been in short supply ever since. #pandemickitchen

“(We tell them) not here, not anywhere.”

She has had people asking her for advice all summer as they dive into preserve-making, both to stay busy and to enhance their own food security. But she anticipates this will be short-lived after Vancouverites realize how much work goes into a pot of jam.

“We’re just going to look at all the garage sales in the spring and the jars will be there,” she joked.

Back at Welk’s General Store, Lee said the Mason jar drought reaches far beyond B.C. As demand soared earlier this year, she tried to order more from the North American distributor of Bernardin, Canada’s largest producer of canning supplies.

“They couldn’t fulfil any of it, so they just cancelled. We tried, but it was a fruitless endeavour,” she quipped.

Nor are Mason jars and rubberized lids the only items in short supply.

“(Sales have) gone in waves,” she said. “Wave one was puzzles. Wave two: Dutch ovens, everyone was making sourdough. A lot of self-care, face masks and candles. And also houseplants. There’s a huge houseplant shortage right now.”

That makes for stressful times for everyone, said Lee.

Blanchet agreed. “I hope they can start filling up the shelves again. I don’t do this as a hobby. I do this for a living, so I need those jars,” she said.

“canning jars”? One needs cans to can, not jars. My mother used jars and called it bottling, and so do I. Let’s get the names right.