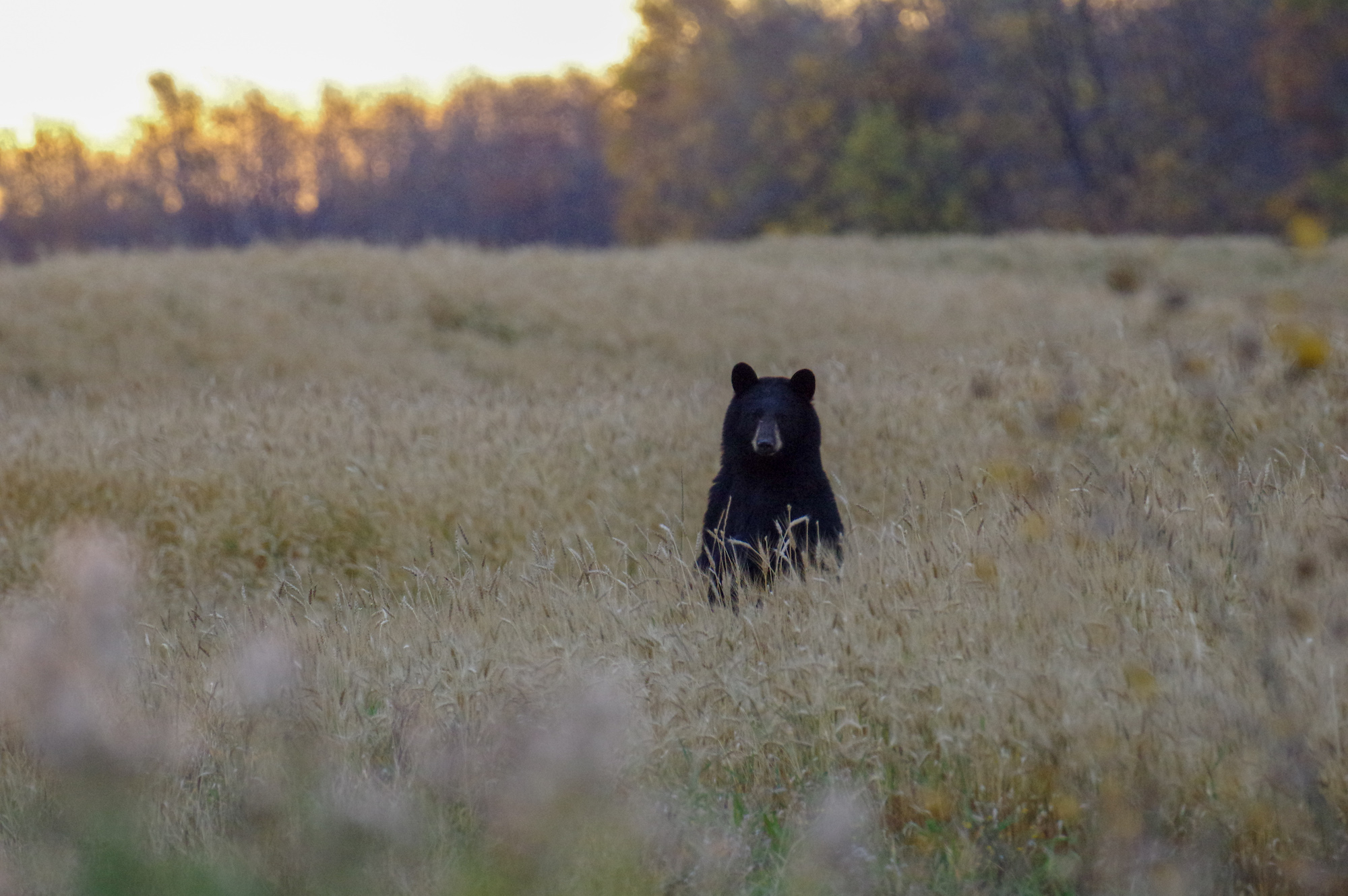 Bears and agriculture can co-exist, especially with the help of wildlife corridors and other measures to keep people and bears far apart. Photo by Trina Moyles.
Previous story
Next story

It’s easy to see why farmers and bears might not get along: the bears love dining on cornfields, silage silos and compost piles — and once they’re used to an easy meal, they can be dangerous.

For most of the last century, that’s led to deadly encounters (for the bears) and dwindling populations — but new land conservation techniques aim to make those violent encounters things of the past. And they rely on three simple tools: undeveloped riverbanks, fallow fields and electric fences.

“The challenge is that grizzly bears, when they cross the valley bottom, they get into people’s crops and then end up being moved or even worse,” said Hillary Page, director of conservation in B.C. for the Nature Conservancy of Canada.

“In the (Kootenays), we’ve been able to work with agriculture to still have some uses on the landscape, but uses that are compatible with wildlife movement. There are ways to work with producers and ranchers to ensure that agriculture and conservation can be compatible.”

There are about 15,000 grizzly bears in B.C. — about a quarter of North America’s entire population — and they are classified as a species of special concern by the federal government. Black bears are far more common, but play an equally important ecological role.

They’re essential to maintaining a healthy ecosystem and culturally important to many First Nations in B.C. Bear viewing also drives a vibrant tourism industry in the province.

Grizzlies are also extremely sensitive to human development, generally avoiding the roads, farms and communities that fill the province’s valley floors. It’s an instinct that has been exacerbated by conflicts between bears and people when the animals venture into human communities, especially if they get used to finding food.

Bears that have become accustomed to human-sourced food will defend their food source and linger close to communities. That makes them unusually dangerous, and they’re often killed by conservation officers to keep people safe.

“For example, over 60 years, bears who go into town, into the valleys, get lured into fruit trees, or garbage, or some human food attractant. And then they get killed,” said Michael Proctor, a grizzly bear biologist who has worked with the NCC.

“That pattern ends up, over decades, that (their habitat is) fragmented.”

And fragmented habitats are bad for bears and the ecosystems they support, Proctor explained. Bears need to move between mountain ranges to find food, unrelated mates and safe places to raise their young.

They also help move nutrients around the province, from spreading dead salmon throughout the forest to carrying berry seeds between mountain ranges in their feces to helping control the number of animals lower down the food chain.

“Protected areas are great, but when they’re isolated, they’re not as effective as they could be at sustaining wildlife populations,” said Page.

That has pushed the organization to start developing conservation areas in the valley bottoms, so-called “wildlife corridors” that can help animals — including grizzlies — move between mountain ranges.

The organization’s most recent project includes an 87-hectare conservation area along the Ryan River near Pemberton, B.C., established last month. Home to wetlands, a marsh and old-growth forest, the conservancy hopes the land will help grizzlies and other wildlife move safely through the agricultural valley.

[NEWS] @NCC_CNC has a new site north of Vancouver! The Ryan River project was helped by the vision of a family who owned the land for 4 generations. Thanks also to private donors + @environmentca @HCTFBC & @USFWS. Story by @zoeducklow https://t.co/qzUfqEXdqF #bcpoli #cdnpoli #BC

With almost all farming in B.C. taking place in the valley bottoms, that inevitably means that the bears using these corridors will pass by farms.

“One of the nice things about agriculture,” said Proctor, “is there’s not many people. It’s a farm, everybody’s spread out.”

That means it’s easier for bears to avoid people — especially if the people they might encounter actively push the bears away.

“The most effective tool for agriculture and bears is electric fencing,” said Proctor. He has been working with farmers in the Kootenays to install electric fences around the parts of their properties that would attract bears. Silage (fermented hay), orchards and chicken coops are particularly attractive to bears and can be easily protected with electric fences. A similar project is now in development in the Pemberton area.

The fences don’t completely solve the problem, Proctor said — cornfields too large to fence in are particularly problematic — but they have significantly helped reduce conflicts between farmers and bears.

“The (person) who runs the program (in the Kootenays) tells farmers (considering a fence): ‘What do you want to do? Lay awake at night worrying if your pigs are going to get attacked and killed by a grizzly bear, with a shotgun by your bed and have to get up at three in the morning and go out and shoot a bear in the dark? Or just put up an electric fence and sleep really well?'”

Nor are fences the only fix that can minimize negative interactions between bears and people.

Protecting land in valley bottoms for bears, often next to agricultural areas, means many will linger to eat in the productive ecosystems around creeks, rivers and marshes. That can increase the number of times people and bears meet — not necessarily a bad thing, as long as the people carry bear spray and know how to avoid dangerous encounters.

“Bears can live and get along with agriculture,” said Proctor.

“You just want to mitigate the risk and keep everyone safely at a distance. They’re separate worlds, but people have to develop a tolerance for them. And it’s not that hard to develop that tolerance.”

Grizzly bears also eat farm animals. And they're far larger than most people imagine. They can take down moose, deer and bison. They hunt alone, not in packs. They also eat carrion, and love browsing rural garbage dumps.
Because of habitat destruction, they are driven to inhabited areas for range and food. It used to be safe for kids to roam the "bush" where I grew up, except in early spring. Not any more.