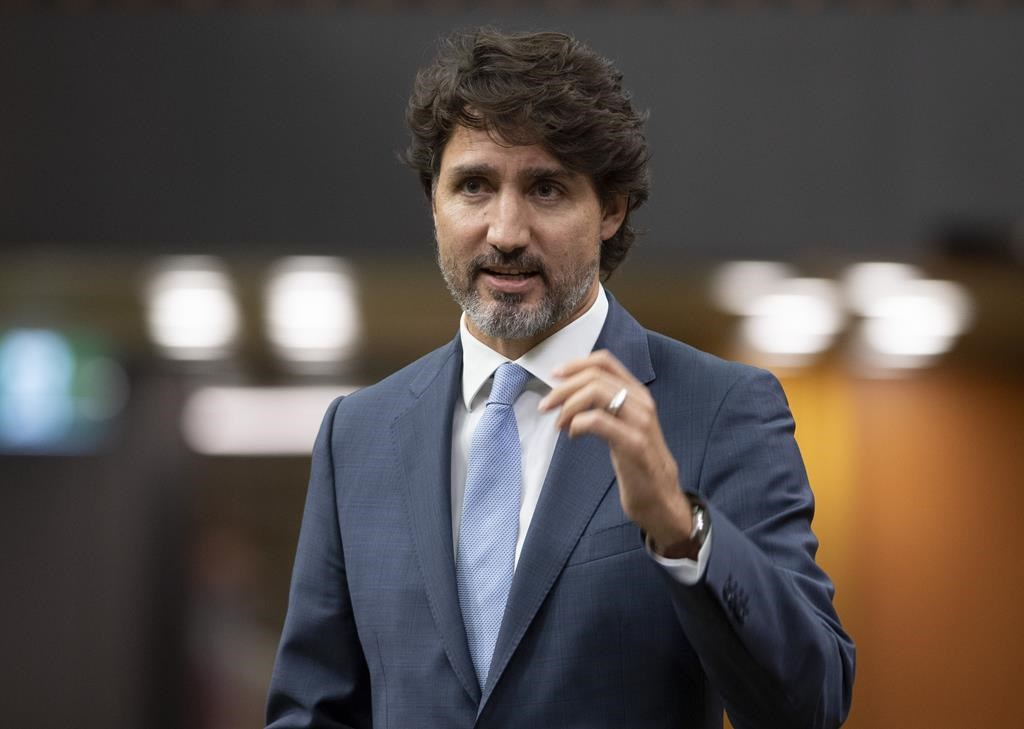 Prime Minister Justin Trudeau responds to a question during Question Period in the House of Commons on Thursday, October 8, 2020 in Ottawa. Photo by The Canadian Press/Adrian Wyld
Previous story
Next story

The federal government doubled the amount of pandemic aid for Canada's food banks on Friday.

Another $100 million is being added to the Emergency Food Security Fund so food banks, related agencies and Indigenous organizations can keep helping struggling Canadians put food on the table during the COVID-19 pandemic.

"They do remarkable work supporting vulnerable Canadians every day and that includes this Thanksgiving weekend," Prime Minister Justin Trudeau said Friday in Ottawa.

The money follows another $100 million that started that fund in April.

Lori Nikkel, CEO of Second Harvest in Toronto, said that money was hugely helpful but has long since been exhausted.

"The need continues to be incredible," said Nikkel.

The first phase of the program funded 1,800 projects, providing an estimated six million meals to two million Canadians. Half went to Food Banks Canada to be distributed among its network of more than 600 food banks and 3,000 food agencies, such as breakfast programs and community service agencies.

Most of the rest was shared between Community Food Centres Canada, Breakfast Club of Canada, the Salvation Army and Second Harvest, which connects surplus food from farmers, retailers, restaurants and food processors, with food banks and community agencies.

The financial turmoil the pandemic caused for families left one in seven Canadian homes without enough food to eat in May. In homes with children, one in five were considered food insecure in May.

Nikkel said the funds helped buy food, as well as pay for protective equipment and staff. Many food bank volunteers are seniors, who had to stop volunteering because they are at high risk of severe illness if they contract COVID-19.

Trudeau participated in a virtual town hall with food-bank operators Thursday night, where he said he understands that as Thanksgiving and Christmas approach, food banks will be under more pressure to feed those who can't afford groceries, or are unable or afraid to venture outside their homes to get them.

The federal government doubled the amount of pandemic aid for Canada's food banks on Friday, October 9, 2020.

In recent days, more than 1.3 million pounds of surplus turkey was shipped to food banks and agencies across Canada.