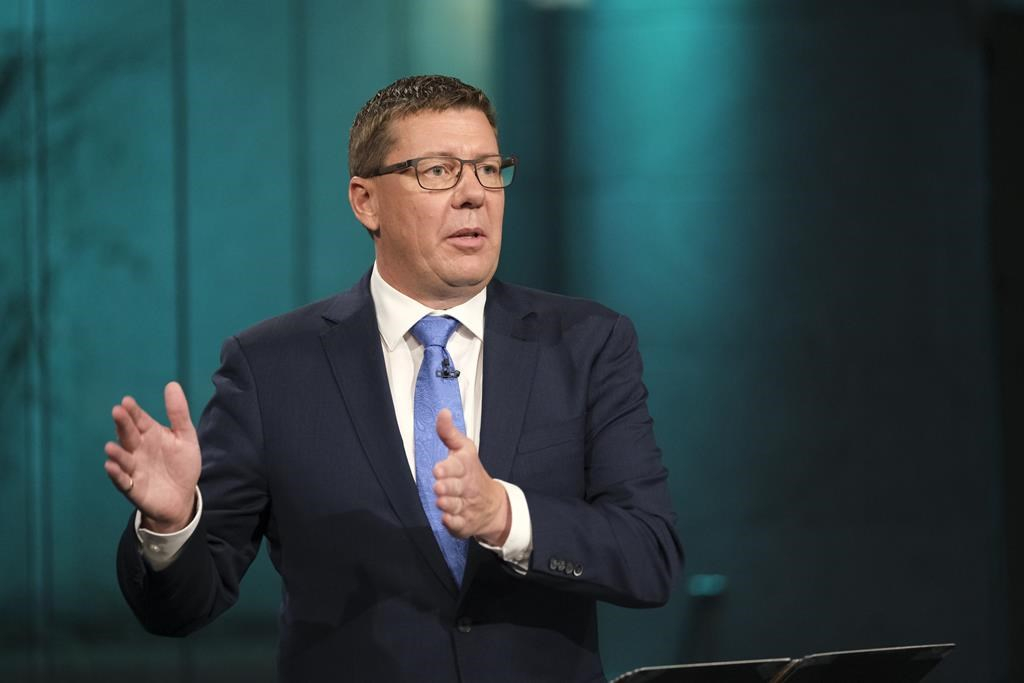 Saskatchewan Party Leader Scott Moe speaks during the Leaders' Debate at the Provincial Archives in Regina on Wednesday Oct. 14, 2020. Photo by The Canadian Press/Michael Bell
Previous story
Next story

Saskatchewan Party Leader Scott Moe says if the Democrats win next month's U.S. election, he has concerns about the future of the Keystone XL pipeline.

Moe is himself running for re-election on Oct. 26 and, while on the campaign trail, weighed in on comments about the project made by presidential candidate Joe Biden.

Biden has promised to kill the 2,000-kilometre pipeline, which would carry up to 830,000 barrels a day of crude oil from Alberta to Nebraska and travel through Saskatchewan.

It had been rejected by former president Barack Obama when Biden was vice-president, but approved by President Donald Trump.

Moe says he's been in contact with American governors along the pipeline's route.

He says he would also expect Prime Minister Justin Trudeau to push for the project's construction if Biden were to win.

“(It's) a very important project for ensuring that western Canadian energy can get down into the Gulf Coast and ultimately to global markets, as we seem to have the inability to build that type of infrastructure across this nation.”

Saskatchewan NDP Leader Ryan Meili says the pipeline is important and he would advocate for any project moving through the province to be built with steel from Regina.

However he does not want to see Trump win a second term.

Saskatchewan Party Leader Scott Moe says if the Democrats win next month's U.S. election, he has concerns about the future of the Keystone XL pipeline.

"His response to COVID-19 has been terrible and ... much of the approach he's brought, the attitudes that he's encouraged in people -- I would definitely not want to see him re-elected."