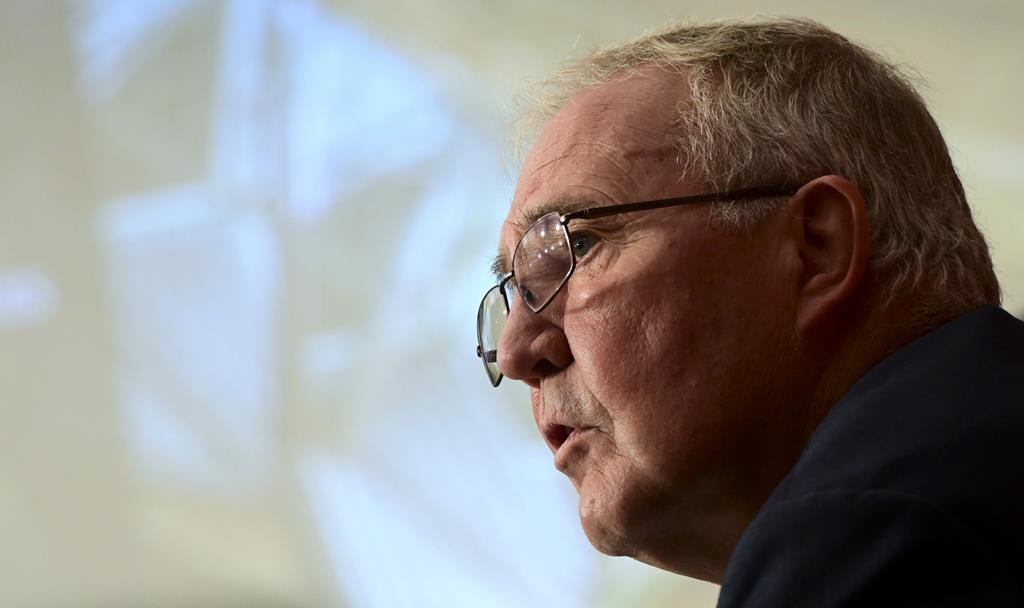 Marc Miller was one of four federal cabinet ministers who took part in a news conference that followed a turbulent weekend in the southwestern corner of the province, where a lobster pound was burned to the ground and the Mounties accused one person of assaulting a Mi’kmaq leader and another of setting fire to a van owned by an Indigenous fisherman.

"Indigenous people have been let down by the police, those who are sworn to protect them," Miller said as he opened the news conference in Ottawa. "The protection of people on both sides has to prevail, and clearly that has not been the case up until now."

Miller said even though Indigenous people have experienced discrimination throughout Canada’s history, the Indigenous fishers in Nova Scotia have stood up for their rights without resorting to violence.

"It is a testament to who they are that they do so peacefully," Miller said. But he said he fears the violence could lead to loss of life, adding: "We must reach a resolution."

Public Safety Minister Bill Blair said additional RCMP officers have been deployed to respond to the increasingly violent dispute, which started on Sept. 17 when the Sipekne’katik First Nation launched a self-regulated commercial fishery outside of the federally designated fishing season.

Blair said Nova Scotia RCMP are now able to draw on RCMP resources from other provinces within the Atlantic region.

"The RCMP reports that they have deployed ground resources, resources on the water, liaison teams and investigative resources required to maintain the peace and uphold the law at that location," Blair said.

The decision to dispatch more officers to Nova Scotia follows complaints from Indigenous leaders who have pointed to images on social media that appear to show Mounties standing by while protesters vandalized property and allegedly assaulted Sipekne’katik Chief Mike Sack last week.

Public Safety Minister Bill Blair said additional RCMP officers have been deployed to respond to the increasing violence, which started on Sept. 17.

Miller made it clear that Ottawa will be taking action to ensure the Mi’kmaq can exercise their constitutionally protected treaty right to earn a moderate livelihood from fishing.

"The acts of violence we have seen in the past days and weeks are disgusting, unacceptable and racist in nature," he said. "It is a disgrace to see these threats and acts of intimidation and violence take place in this country."

Some non-Indigenous fishers in Nova Scotia have staged a series of protests to highlight the fact that even though the Supreme Court of Canada has affirmed the Indigenous treaty right to fish, hunt and gather for a moderate livelihood, the court also said Ottawa retains the right to regulate the fisheries.

They say Indigenous fishers should not be allowed to fish outside the federally regulated season because that could harm lobster stocks.

Meanwhile, Blair confirmed that the suspect accused of assaulting Sack on Oct. 14 had been released from custody with conditions.

Sack has criticized the RCMP for being "useless" in the face of violence. And on the weekend, he called on Ottawa to send in the military to keep the peace.

Blair dismissed that request Monday, saying the incidents in Nova Scotia require a police response, not a military operation. "It is a peacekeeping operation and it is the responsibility of the police," he said. "We have taken steps necessary to ensure that (the RCMP) have adequate resources to do the job."

He said the RCMP will be pursuing charges against those who commit crimes. "Those investigations are ongoing," he said. "Those court cases will proceed."

Oh dear. How ignoble, how

Oh dear. How ignoble, how unexpected!

Our lackadaisical politicians heaping blame on our Federal Police force for failing to exhibit the strength and nobility our politicians have shirked for generations - nay centuries.

Promises, Treaties, royal commissions - all broken or ignored because they could. Are they belatedly realizing they no longer can - that enough "whites" are appalled at the mounting tolls of injustice? That this malfeasance signals to the "whites" that as we are inevitably submerged in the tide of non-whites - successive generations of multi-coloured politicians may refer to the precedents of injustice the whites once meted out?

Blair's comments are almost the T. " good people on both sides". RCMP doing a fine job...Oh did someone forget the rest of that sentence, as in "to make sure those Indians know who's getting everything and who better shut up and go away" ??
The way to calculate bias is to reverse the power roles , as in : mob of 200 violent arsonist first nations allowed to burn down private property, assault folks, and piss on white fishermen's catch. WHILE RCMP locals stand by and claim they can do nothing? No? doesn't seem likely does it.
But then this "safety minister". is kettle'em G20 Billy the butcher Blair.