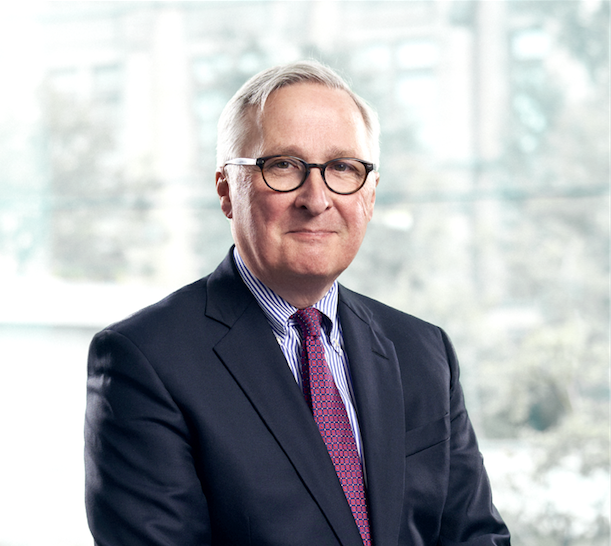 The former head of Canada's spy agency is calling for an independent royal commission into deepening disinformation — a frightening trend he says risks polarizing the public and destabilizing our democracy.

Richard Fadden, former director of the Canadian Security Intelligence Service (CSIS), called for the national commission in a public conversation with Canada's National Observer on Thursday.

Placing responsibility for a disinformation probe with an independent public body would allay widespread public sentiment that governments should not be in the business of telling people what to read or media what to print, Fadden said. He argued a royal commission would be able to scrutinize the issue, determine the depth of the problem and raise public awareness.

"I know royal commissions aren't viewed with great favour these days," Fadden said. "But they do have the advantage (of being) independent. They're public, everybody has their say, they get a fair bit of media coverage, and even if their recommendations don't find universal support, the fact they've gone through this system of hearings ... You could get a bit of a groundswell."

Canadians are willing to give the government "some leeway to deal with their access to information — and the quality of that information — during elections," Fadden added. But outside of the election cycle, most people would not take kindly to direct government control over what information media is allowed to print or broadcast, he said.

"I do believe that's happened in other countries — I believe they are called authoritarian countries," he said.

Thursday's event helped mark the fifth anniversary of Canada's National Observer and was timed to its release of an in-depth report examining political disinformation in Canada titled Digital Fractures: Disinformation, Democracy and the Media.

In a conversation with Canada's National Observer, former CSIS director Richard Fadden argued a royal commission would be able to scrutinize the issue of #disinformation, determine the depth of the problem and raise public awareness.

"Every newsroom, however defined, should have somebody who's an expert in this general area," he said. "I don't think, across the board, the media is doing that."

In his wide-ranging conversation with Linda Solomon Wood, editor-in-chief of Canada's National Observer, Fadden said his greatest fear as an intelligence expert is the rise in extreme polarization and intolerance at the same time as dangerous, unstable imbalances deepen among global superpowers. Those trends are worsened by widespread misinformation, particularly online, that government and media are currently unprepared to handle, he explained.

Disinformation threatens the very fabric of society, whether it is disseminated during or outside of election periods, Fadden said. The damaging effects are the same, he added, regardless of whether the disinformation is being shared on extremist websites and social media pages, or driven covertly by foreign governments such as Russia or China.

"I don't mean to exaggerate, but democracy is not going to work unless people are able to compromise, dialogue and talk. It seems to me there's rather less of that," Fadden said.

Fadden left his post as Canada's CSIS director in 2013 and became the country's deputy minister of national defence. He served as national security adviser to prime ministers Justin Trudeau and Stephen Harper until his retirement four years ago.

Disinformation is fuelling the polarization that many Western societies are experiencing, Fadden said, and Canada is not immune. He cited the 2017 Quebec mosque massacre, the 2014 Parliament Hill shootings and other high-profile incidents as alarming wake-up calls for the country.

The schisms are even more pronounced in the United States, he said.

"Even within the U.S., the Democrats and Republicans can barely speak to each other," Fadden explained. "Trump is so unpredictable that he might push the wrong policy button — I don't mean the nuclear button — that would precipitate a whole bunch of things."

CSIS and other world intelligence agencies have sounded the alarm about the rise of extreme far-right organizations, Fadden said, but the groups are difficult to track because they have excellent measures to cloak members' communications and identities.

Canadians often downplay extremism here at home as the work of a "couple nutbars," he said, possibly because they aren't fully aware of the scope of the problem.

Fadden said he wishes intelligence-gathering agencies in Canada were slightly more honest with the public about the threats they are monitoring when it comes to disinformation and foreign interference. As CSIS director, Fadden said he pushed for more transparency but was rebuffed.

"It's not one of our strong suits in Canada," he admitted. "We have a very strong ethos of not talking about national security issues."

Fadden believes discussing important threats poses no risk to national security so long as the information released publicly is broad and general. When he headed CSIS, Fadden said he repeatedly warned Canadians about the undue influence of China in Canadian affairs and publicly revealed the agency held concerns about foreign influence on several elected officials in Canada without naming a country behind the alleged influence.

However, a federal review by the National Security and Intelligence Committee of Parliamentarians released last March named China directly, saying despite CSIS's years of warnings, the government had acted too slowly, leaving Canada an “attractive and permissive target” for "significant and sustained" Chinese interference.

Fadden said when it comes to China, the government may have to get more involved in squelching disinformation.

"There's a general acceptance now in the West that China has an extraordinarily aggressive series of programs to collect information and to interfere in our societies," he said.

"They're very keen on simply driving wedges because anywhere you can cause a bit of chaos makes it easier for you to advance your policies … The government of Canada has been too tolerant of these sorts of things."

This interview is part of Conversations with Linda Solomon Wood, sponsored by Canada's National Observer. Conversations features topics around COVID-19, the economy, politics and climate change. If you'd like advanced notice about our fall lineup, subscribe here. To see all of the interviews in the Conversations series on video, head over to our YouTube channel.

Sadly the 'nutbars' will

Sadly the 'nutbars' will vigorously defend their right to be nutbars. I see it all the time now with cons calling out "progressives" as some kind of enemy of theirs . We are already in the middle of this.

1) The electoral system keeps some groups of people effectively disenfranchised, and thus left unrepresented. Some such people may “may then take things into their own hands when reform seems out of sight”, mount civil disobedience and worse.
For example, if you live in Vancouver East there is no point in voting as you know the NDP candidate is going to get elected. The real election takes place during the NDP nomination meeting for the electoral district, an event that may feature undemocratic shenanigans.
We desperately need to change the electoral system to one selected by voters, not politicians. As you should know the BC Citizens’ Assembly on Electoral Reform recommended BC-STV, after nearly a year of study in 2004. In the referendum the following May it received 58% support. It was unconscionable for the government not to institute it. A system of multi-member electoral districts and ranked ballots is the best system known for giving people representatives they want.

2) Mr. Fadden talked about predictability as though it were a good thing. He made no argument in favour, as I recall. If every government was predictable then Intergovernmental relations would become a game. I do not like that.