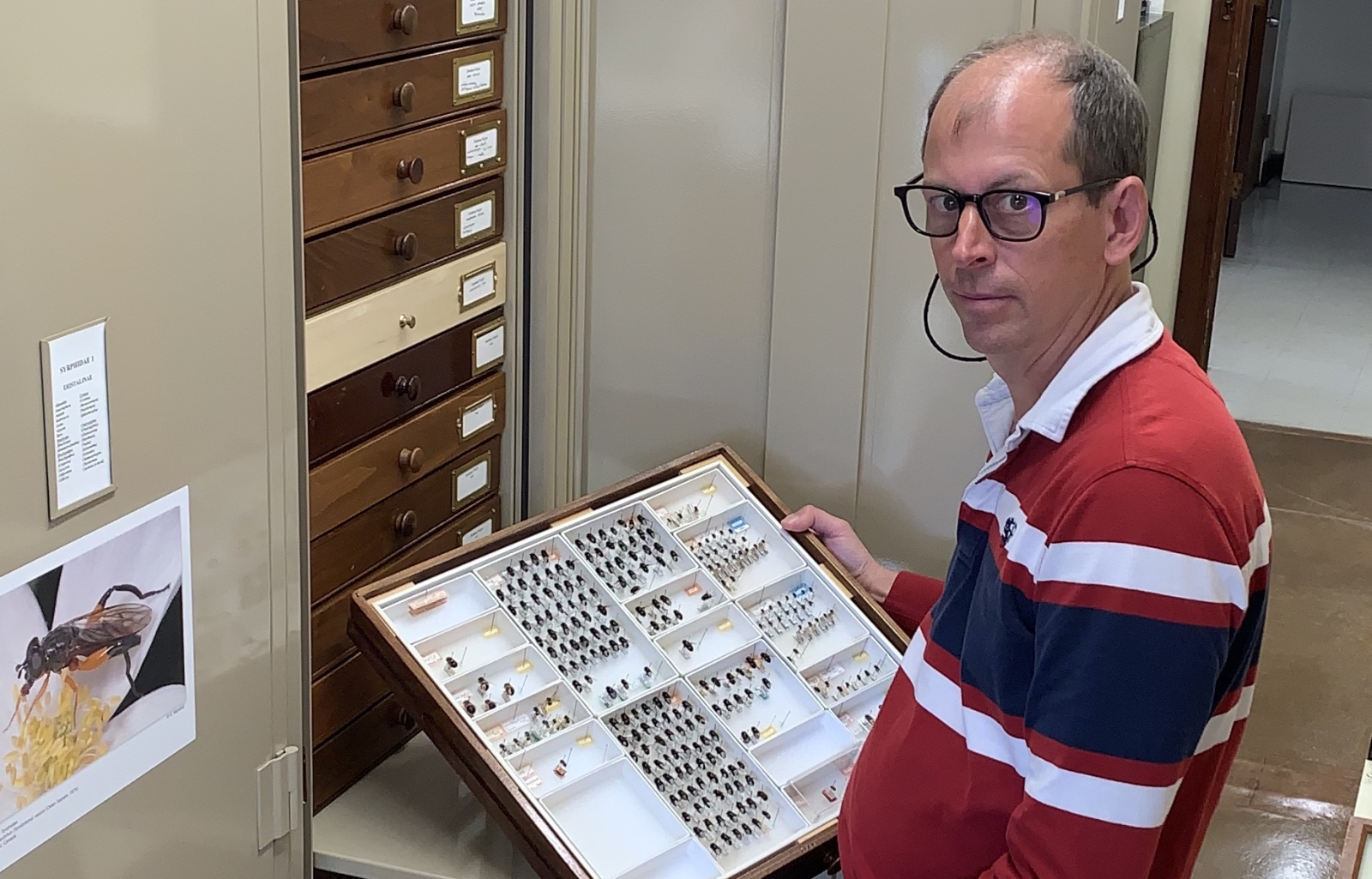 Hidden in anodyne filing cabinets scattered across the federal government’s Central Experimental Farm in Ottawa is a library of 17 million dead bugs.

The Canadian National Collection of Insects, Arachnids and Nematodes is one of the world’s largest, and it’s essential to Canadian agriculture. Managing bugs is a key part of agriculture, whether it is combating pests and invasive species or trying to prevent the loss of pollinator populations. And taxonomy, or the science of identifying species, is fundamental to this work.

“Working on this fundamental backbone to biology — understanding taxonomy and diversity and how things are related — sets the stage for all the other biological sciences,” said Jeff Skevington, a researcher who co-manages the collection and studies hover flies.

Those sciences are more important than ever. About 85 per cent of food grown globally depends on pollination, yet pollinator populations — including bees, birds and hover flies like the ones Skevington studies — are declining worldwide.

According to the International Union for the Conservation of Nature, 16.5 per cent of vertebrate pollinators are threatened with global extinction. About a third of Europe’s bee and butterfly species are declining. And in North America, the relative abundance of bumblebees is estimated to have crashed by 97 per cent.

The shocking decline is tied to widespread pesticide use and habitat losses that are largely driven by industrial agriculture. While the collection alone won’t solve the problem, it provides a valuable reference for those studying it.

For instance, Skevington explained, some researchers are trying to see how hedgerows and other pollinator-friendly habitats can support agriculture if planted alongside farm fields. But first, they need to figure out which bugs are living in certain kinds of habitats (e.g. hedges, fields). To do so, they’ll check the collection in the same way a writer consults a dictionary.

“You have to be able to put a name on those (insects) to be able to work on them, and the collection is the resource that allows you to check your specimen against named ones and vouch for your material,” he said.

Identifying pollinators isn’t the collection’s only use. When new pests appear in Canadian fields and forests, Agriculture and Agri-Food Canada’s bio-control team uses the collection, which has bugs from across the globe, to identify the new arrival — and other insects that might help eliminate it.

“It’s like an insurance against potential invasive (species), because you want to stamp out a lot of these things before they ever get going,” Skevington explained.

“You have to be able to put a name on those (insects) to be able to work on them, and the collection is the resource that allows you to check your specimen against named ones and vouch for your material,” says researcher Jeff Skevington. @CWF_FCF

For that reason, the work that Skevington and other taxonomists working on the collection do is critically important, though many people have never heard of the discipline.

Most of his work is going out in the field, catching bugs, drying them out and looking at them under a microscope for distinctive characteristics. Once those characteristics are identified, Skevington will compare them against existing specimens, some of them “borrowed” from other bug libraries around the world, to try figure out if he’s looking at a new species or not. If so, he’ll then give it a Latin name based on its characteristics, announce a new species — and wait for a response to his work.

“(A species name) is a hypothesis, it’s like any process in science,” he said. “I can propose a new species, and in two years from now, somebody can go out and do a whole bunch of groundwork and study the thing in the wild and come back and say, ‘No, I think Skevington is wrong, and this is why, and I think it’s not a new species.’”

It’s a dialogue that’s been going on for generations. The world’s earliest taxonomic bug collections were created in the 1600s, making Canada’s collection — established in 1886 — relatively young. Years of field research trips by taxonomists working for the collection in Canada and beyond subsequently helped grow the library into the world’s fifth largest.

Still, while the collection is highly valued within taxonomic circles, some advocates are concerned for its future. It is currently stored in filing cabinets that line hallways and rooms across the federal government’s experimental farm near Ottawa, explained Carolyn Callaghan, senior conservation biologist with the Canadian Wildlife Federation.

Humidity, proximity to labs that use flammable alcohol and the lack of a firewall to protect the collection are all problems if the bugs are to remain safe in perpetuity. These risks could be mitigated with a new building explicitly designed for the collection, she said — an investment of roughly $45 million, according to Canada’s Green Budget Coalition.

“We’re doing a disservice to this collection by not (protecting it),” she said.

A 1930s-era federal agency helped farms recover from an ecological crisis. It's time for a replacement, advocates say

The Canadian National Collection of Insects is an expensive resource, employing several scientists and requiring protective measures. Yet, it is consulted freely by many scientists from Canada and other countries. We often read success stories of pest control techniques developed by more applied institutions or laboratories, but never hear about the contribution of the National Collection, that is taken for granted. Whenever the Collection is consulted, there should be a formal agreement that all resulting techniques, stories, articles in the media etc must adequately acknowledge the contribution of the National Collection. This, of course, should apply to any other such collection maintained by other organisations.