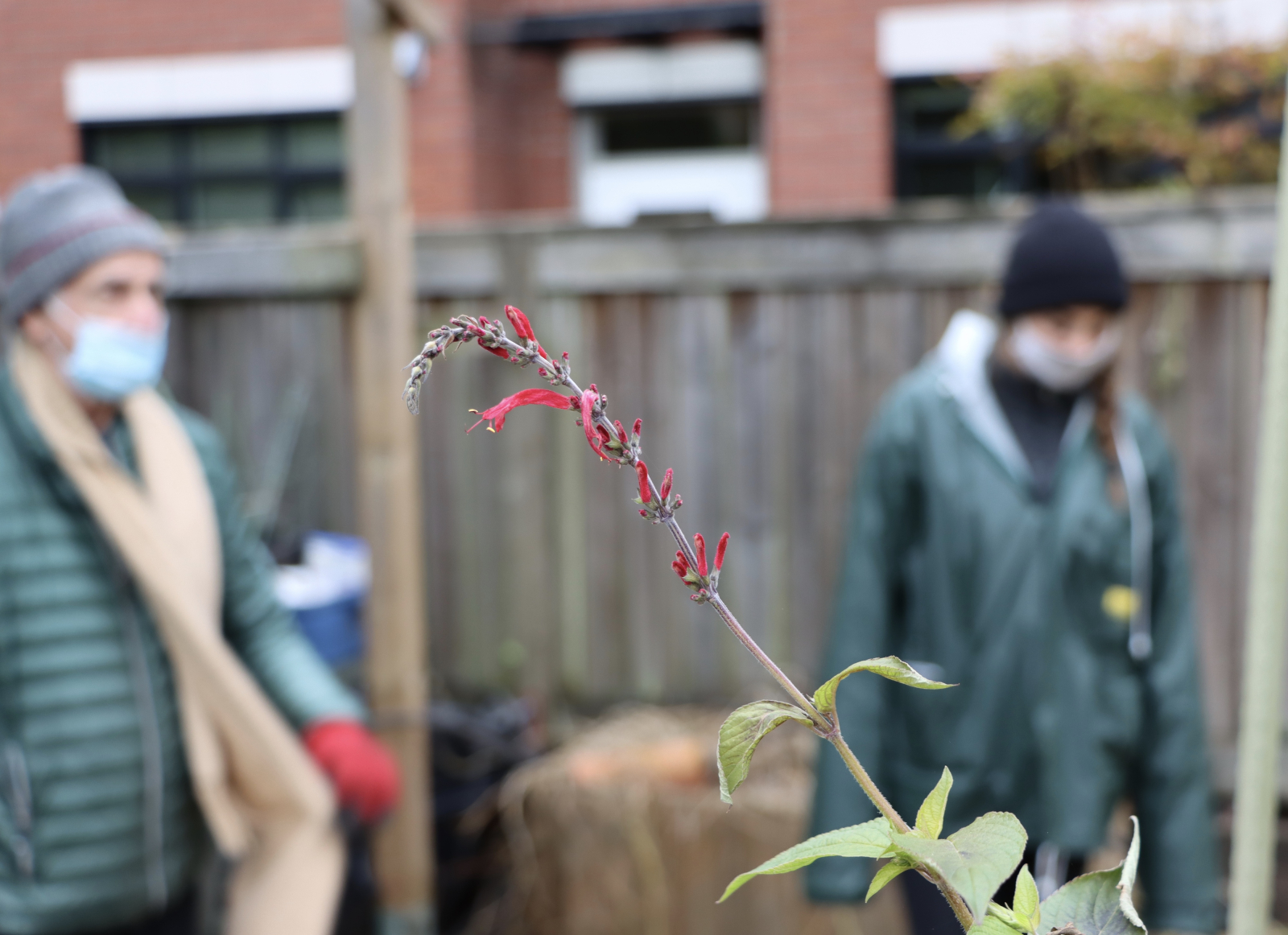 Urban gardening has thrived during the pandemic, with a steady stream of visitors and volunteers passing through City Farmer's gates, says founder Mike Levenston. Photo by Marc Fawcett-Atkinson
Previous story
Next story

Mike Levenston stands over a half-harvested stalk of kale, eyeing the autumnal remnants slowly disintegrating into the soil. It’s a familiar scene for Levenston, an urban gardener who has been growing food and community in the garden he founded, dubbed City Farmer, for more than 40 years.

At the time, it was almost unheard of to grow food in cities, and gardens weren’t given much thought in city planning efforts. No longer: Urban gardens are thriving worldwide, especially this year as pandemic-bound city dwellers have sought sustenance in gardens, parks and other green spaces.

“I’m there seven days a week. It’s the best place for my family to be in COVID times because it’s a garden with lots of space,” Levenston said. “We’re busier than ever because of the backyard garden craze. We sell city compost bins (and) people are picking them up every day, and (there) are a lot of new gardens (in the city).”

Canadians like their gardens, especially in 2020. A report released earlier this month by Dalhousie University’s Agri-Food Analytics Lab found that roughly 51 per cent of Canadians grow at least one variety of fruit or vegetable at home.

Of those, almost a fifth only started growing food this year — a decision that, for most, was influenced by the pandemic. And over half of those from B.C. who participated in the study gardened — more than anywhere else in the country except the Prairies.

Canadian gardeners aren’t limited by space. Roughly 19 per cent said they grow some food — from a potted plant of basil to a full-on market garden — on balconies. Most of the others stay on the ground, with about 70 per cent saying they grow produce in their yards.

“Results show many Canadians remain quite anxious and really wanted to take control of their own food supply during a time of great uncertainty,” Sylvain Charlebois, professor at Dalhousie University and co-author of the report, said in a written statement.

For Levenston, that’s a huge shift. When he started City Farmer in 1978, urban gardening wasn’t common. Community gardens were rare; food-producing green spaces rarely featured in urban planning or policies. Growing food in the city was piecemeal, relegated to the backyards of a few avid gardeners.

Still, Levenston wasn’t deterred. Originally from Ontario, the self-declared environmentalist wanted to inhabit the spirit of the movement’s pivot towards agriculture, but without giving up restaurants or outings to the cinema.

“In my time, it was all back to the land: You get a guitar, you get some dope, you get a farmhouse and you say you’re growing something. And I like the idea of back to the land, but I (also) like the city’s amenities, so this is perfect.”

When @CityFarmerNews began four decades ago, #urbangardening wasn’t common. But in 2020, city dwellers have taken to growing their own food — and building community — amid the COVID-19 pandemic. #urbanfarming

That quest — to farm in the city — led him to a city-owned parking lot squeezed against an old train track in Vancouver’s Kitsilano neighbourhood. After convincing the municipal government that building a farm on pavement was indeed possible, Levenston started growing things with a team of staff and volunteers.

More than 40 years later, the garden has expanded and is still going strong. Groups tour between raised beds and greenhouses, the organization’s vermicomposting (worm compost) program is thriving on site and in Metro Vancouver schools, and mask-clad people — staff, volunteers, curious passersby — venture through the garden daily, six feet apart.

“People come to relax, away from the road — (and) we grow everything. It’s just a fun place to be every day,” he said.

It’s a pattern echoed across the country, with 69 per cent of Canadian gardeners saying their time among the veggies is relaxing.

For Levenston, the surge of interest in urban farming since he started — particularly this year — points to a future where growing food and community are woven into the fabric of urban life. And in the meantime, he plans on continuing to help people get back to the land, in the city.

“It’s morale-boosting, spirit-raising, that’s why we all like it. And that’s as good, or more, than the food,” he said.