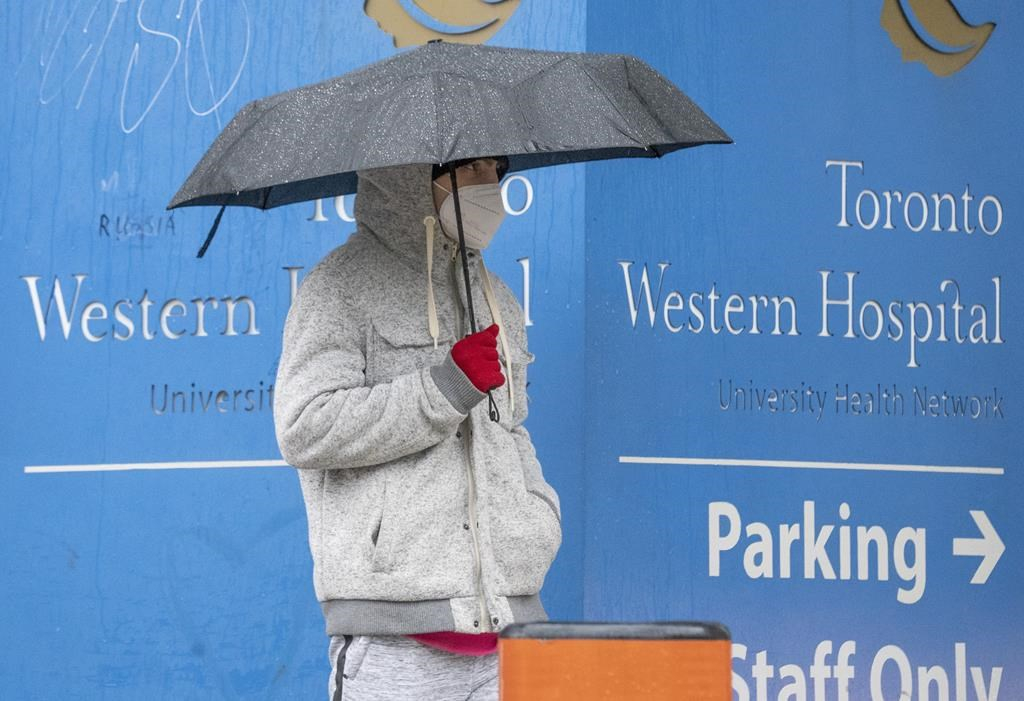 A man walks to the lineup for COVID-19 assessments at Toronto Western Hospital in Toronto on Tuesday, Oct. 27, 2020. The hospital has declared a COVID-19 outbreak and has closed some wards. THE CANADIAN PRESS/Frank Gunn
Previous story
Next story

Politicians, advocates and public health officials were ringing the alarm Thursday over COVID-19’s impact on long-term care homes, as Ontarians awaited fresh projections of how the virus is expected to spread.

Green Party Leader Annamie Paul urged a national inquiry on long-term care in Canada and said the first thing that should be done is for Ottawa to add long-term care to the Canada Health Act.

Paul, who has said she couldn’t visit her father before he died from a non-COVID infection in a long-term care home in May, said the pandemic has just proven how broken and inadequate the system is.

"If we have arrived at a situation where we need to call in the Canadian Armed Forces and the Red Cross, which is a humanitarian organization that is normally deployed in war zones and in developing countries," she said.

"If we have to deploy those two bodies in order to save lives in our long-term care facilities across Canada, then there is a serious problem."

Donna Duncan, CEO of the Ontario Long Term Care Association, said she wrote to Prime Minister Justin Trudeau June 3 to ask for federal cash for capital improvements and human resources before the second wave of COVID-19.

She said she got a perfunctory response from a policy office at Health Canada just six days ago, with more than 100 outbreaks in long-term care homes across the country again.

Duncan says the system needs dedicated federal help along the lines of what was offered in 2017 for mental health and home care.

Authorities in Quebec said there are five long-term care homes where more than 25 per cent of residents have active cases of COVID-19 — down from eight care homes the day before.

They say there are six private seniors' residences where more than a quarter of residents have active infections, a situation they describe as "critical."

As of Monday, there were 44 active and 42 resolved cases of COVID-19 among residents of the Parkview Place Long Term Care Home in Winnipeg, according to for-profit operator Revera. At least 19 have died.

Manitoba chief medical officer Dr. Brent Roussin said Wednesday the province is not looking to take control of the home.

Roussin has said many cases in the recent surge have been linked to people gathering for dinners and other social occasions, and greater restrictions may be in store if the numbers don’t drop.

Meanwhile, 46 infections have now been linked to a wedding in the Toronto suburbs earlier this month.

York Region Public Health said more than 100 people attended the wedding at an event centre in Vaughan over two days — Oct. 14 and Oct. 18.

Officials say they were notified of the first confirmed case associated with the wedding on Monday. The majority of the 46 cases identified are in Peel Region, west of Toronto.

This report by The Canadian Press was first published October 29, 2020.

How will we know a COVID-19 vaccine is safe? By listening to scientists

The problem with just giving

The problem with just giving money to the care homes to help them deal with the pandemic is, the owners are a bunch of crooked sharks who will pocket the money and then let people die anyway. Nationalize 'em, then give money to the now public care homes once you can control what that money is used for.

completely agree with above

completely agree with above comment, Is there enough general understanding and outrage at the deaths due to profit over people in for profit care to have serious political fallout for premiers? that will sadly be the push to force change. Neo liberal predators still with hands on politicians throats?