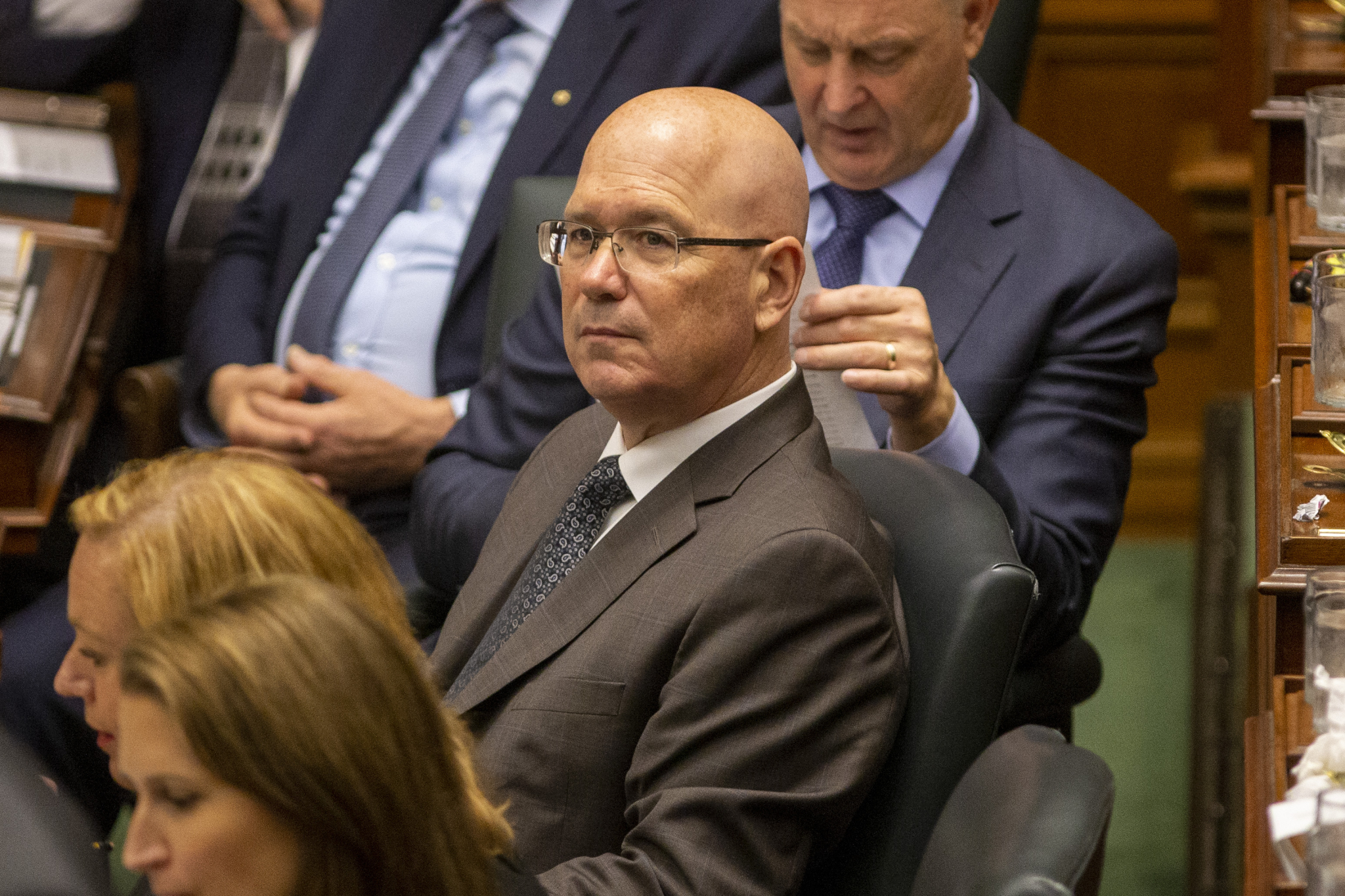 Municipal Affairs Minister Steve Clark, shown at Queen's Park in 2018. A member of the government's Greenbelt Council resigned after Clark fast-tracked a project that would destroy a sensitive wetland. File photo by Carlos Osorio
Previous story
Next story

A member of the Ontario Greenbelt Council resigned Wednesday in protest of the province’s move to fast-track a development that would destroy a protected wetland.

The site is part of the Lower Duffins Creek wetland complex, located east of Toronto near Pickering, Ont. On Friday, Premier Doug Ford's government issued a special provincial order to approve plans to build on the 54-acre wetland, which is the size of about 40 football fields.

“I have simply had enough,” wrote Linda Pim, an environmental biologist and land-use planner whom the previous Liberal government appointed to the Greenbelt Council in 2018, in a resignation letter dated Nov. 4.

“I cannot in all conscience continue to sit on the Greenbelt Council which has provided you with its best advice on urban and regional planning issues in the Greenbelt and the entire Greater Golden Horseshoe (GGH) — advice which seems to me to have not been given due consideration.”

The council is an expert panel that advises the government on issues related to the Greenbelt, a swath of protected land surrounding the Greater Toronto Area that Ford has pledged not to develop. The wetland is not part of the Greenbelt, but it has been designated as “provincially significant” and isn’t supposed to be developed.

Pim has more than 40 years of experience, with roles inside the Ontario government and at non-profit environmental groups. She has also been a commissioner the Niagara Escarpment Commission, an arms-length government agency.

“This has been my life’s work, environmental protection,” Pim said in an interview with Canada’s National Observer.

“I just decided I had to take a stand ... I sort of hope the letter speaks for itself.”

The resignation "should be a wake-up call (for the Ford government),” he added.

A member of the Ford government's Greenbelt Council resigned after the administration fast-tracked a project that would destroy a sensitive wetland. "I just decided I had to take a stand," said Linda Pim. #onpoli

“When somebody with this much standing in the community resigns, they don’t resign lightly or on a whim.”

The office of Municipal Affairs Minister Steve Clark did not directly answer the concerns Pim raised in the letter.

“Linda Pim’s tenure on the Niagara Escarpment Commission (NEC) was not renewed,” said Adam Wilson, a press secretary for Clark, in an email.

Pim said her appointment to the Niagara Escarpment Commission ended in August 2019, but that the government had not told her whether she would be renewed or not for that position. She also said she wasn't expecting to be re-appointed to the Greenbelt Council, as other Green members who came in during the previous government weren't renewed when their terms expired.

“I don’t have any comment really on what they’re saying, it seems like a bit of a personal attack,” she said in response to the statement from Clark's office.

“I don’t really want to debate this with them. It is what it is.”

Here's a copy of the letter. Linda Pim accuses the government of going against wetland protection rules in the Greenbelt. "I have simply had enough," she writes. #onpoli pic.twitter.com/7NSibGjS2n

Clark used a Ministerial Zoning Order, or MZO, a mechanism that allows the government to override the local planning process to make a final decision for land use. They can’t be used on the Greenbelt, and they cannot be appealed.

Such orders used to be rare in Ontario, meant only for very specific circumstances. But the Ford government has increasingly relied on them to approve plans from developers, and expanded Clark’s power to use them over the summer.

The Greenbelt Council has sounded alarms about the issue, saying MZOs should only be used in exceptional circumstances. And in her resignation letter, Pim said the province’s frequent use of MZOs “has deeply concerned me.”

The project is a warehouse distribution centre and film studio called Project Lonestar, part of a larger entertainment complex called Durham Live that was approved last year. The province has said Durham Live will create 10,000 new jobs, including 1,500 at the film studio.

The development could have been placed somewhere else, said Tim Gray, the executive director of the green non-profit Environmental Defence.

“It’s just trying to fool the public into thinking this is a jobs versus the environment thing,” he said. “That’s just not true.”

Wilson said the MZO in Pickering was issued in response to a request from local authorities.

“MZOs are a tool that our government uses to get critical local projects, located outside the Greenbelt, moving faster,” he said.

While the City of Pickering has indeed supported the project, the mayor of the neighbouring town of Ajax, Shaun Collier, has opposed it alongside environmental groups.

“The Lower Duffins Creek wetland complex is at risk,” Collier said in a tweet Friday. “It is wrong to pave it for a warehouse.”

The lower Duffins Creek wetland complex is at risk.

It is wrong to pave it for a warehouse. #AjaxCouncil is joining @envirodefence in asking the Minister of Municipal Affairs & Minister of Natural Resources: #SavedontPave

Unclear whether project will get final approval

Wetlands play a crucial role in controlling floods and improving water quality. They also naturally absorb the greenhouse gas carbon dioxide, a process that can be useful in fighting the climate crisis.

“We are in trouble as a province if we are without wetlands,” said Oshawa NDP MPP Jennifer French, the opposition critic for infrastructure, whose riding is in the region.

“Ontarians need to remember that those wetlands are not just nice places to paddleboard or for birds to live.”

Already, development has encroached on wetlands in Ontario. “It is well documented that southern Ontario has already lost over three-quarters of its pre- European-settlement wetlands to various forms of development,” Pim wrote in her letter.

Although the MZO approves the Project Lonestar plan, it still faces significant hurdles before it can be built, and the protected status of the wetlands could still be a headache.

The project would need a permit from the Toronto and Region Conservation Authority (TRCA). But the TRCA has said it doesn't support development in wetlands, particularly in ones with a "provincially significant" designation like the Duffins Creek wetland complex. At the conservation authority’s last meeting on Oct. 23, its board voted unanimously to say so in an official motion.

Natural Resources Minister John Yakabuski has said the province is looking at reclassifying the wetland to drop the "provincially significant" designation, which could make it easier for development to go ahead.

Yakabuski has also asked the TRCA to have a discussion with the developer to come up with an agreement that would allow the company to give compensation ⁠— either money, or replicating the wetland somewhere else ⁠— in exchange for the loss of the habitat.

The TRCA and the Ford government appear to disagree on how far along those discussions are: Clark’s office said a compensation agreement had been signed, but the TRCA said it had only signed an agreement that would begin discussions, and that nothing has been finalized. (Neither the TRCA nor the government was able to provide a copy of the agreement, as it contained proprietary information.)

The TRCA also said the developer would have to do an environmental impact study before a compensation agreement could be signed. And even then, it would have to be discussed at a public meeting before the TRCA decides whether to approve it.

“There’s a lot of high-level what-ifs,” said Michael Tolensky, a spokesperson for the TRCA.

If the wetlands are lost, the damage will be permanent, French said.

“If we erase all of these wetlands, we cannot replace them,” she added. “We cannot build a park and say we’re even.”