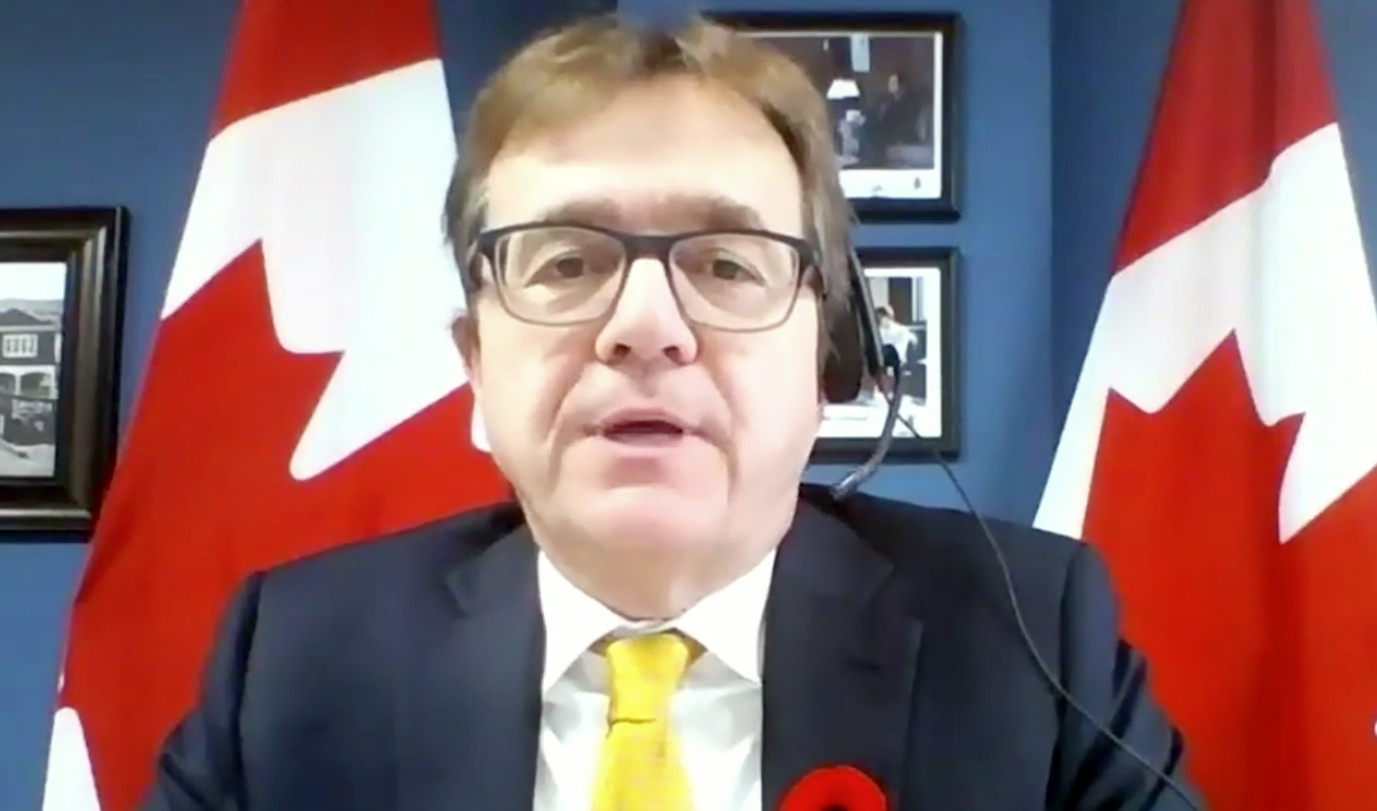 Canada’s environment minister defended government regulations Wednesday related to the impacts of oil drilling off the coast of Newfoundland and Labrador.

Monique Pauzé asked Wilkinson about the Liberal government’s announcement in June that it was excluding individual exploratory offshore drilling projects from having to undergo a federal impact assessment.

That change was touted by the government at the time as lending a helping hand to Newfoundland and Labrador's offshore oil industry, which has been battered by the pandemic’s economic toll as well as low global oil prices. Natural Resources Minister Seamus O'Regan said it was the “number 1” request that “business and investors” had been asking for.

Last week, energy company Equinor said it had discovered oil in two locations east of St. John’s following an exploration drilling campaign. Newfoundland and Labrador's oil and gas industry group called the discoveries, which Equinor made with partner BP Canada, an “encouraging” sign for business “at a time when encouraging news is needed.”

Environmental groups have raised concerns about the government’s exploratory drilling exemption. WWF-Canada, Sierra Club Canada Foundation and Ecology Action Centre have said a larger regional assessment of the impacts of exploratory oil drilling off the province’s coast was “flawed” and so cannot be used as a basis for allowing individual exemptions.

One of Canada’s marine refuges, the Northeast Newfoundland Slope is also east of St. John’s. The 55,000-square-kilometre section of the ocean is important for biodiversity since it contains fragile corals and sponges that help out other marine life by acting as spawning grounds or nurseries, according to the Department of Fisheries and Oceans.

“In your documents, you talk about biodiversity of oceans,” Pauzé asked Wilkinson in French. “You excluded important offshore drilling projects from environmental assessments ... is there not a contradiction in terms of what the government’s saying?”

Canada’s environment minister defended government regulations Wednesday related to the impacts of oil drilling off the coast of Newfoundland and Labrador. #cdnpoli

“Of course, there are biodiversity issues with things such as whales and other species. They’re very important,” said Wilkinson in response in French. He noted that he was the former fisheries and oceans minister, and in that capacity, had “worked on this in great detail.”

Equinor's two discoveries appear to have been made to the southeast of the marine refuge's southern tip based on location data sourced from the Canada-Newfoundland and Labrador Offshore Petroleum Board and the fisheries department.

“Safe operations to ensure regulatory and environmental integrity are critical in all of Equinor's activities,” said Equinor head of communications Alex Collins. “The wells mentioned are not located in, or proximate to, the Northeast Newfoundland Slope marine refuge area.”

Wilkinson was at the committee to respond to questions related to the government’s main estimates, a standard document that shows the estimated spending from federal organizations.

The Impact Assessment Agency of Canada announced Oct. 28 that it was implementing a “followup program” for the Newfoundland and Labrador offshore oil drilling regional assessment, and invited the public to comment on the program’s draft terms of reference through Dec. 12.