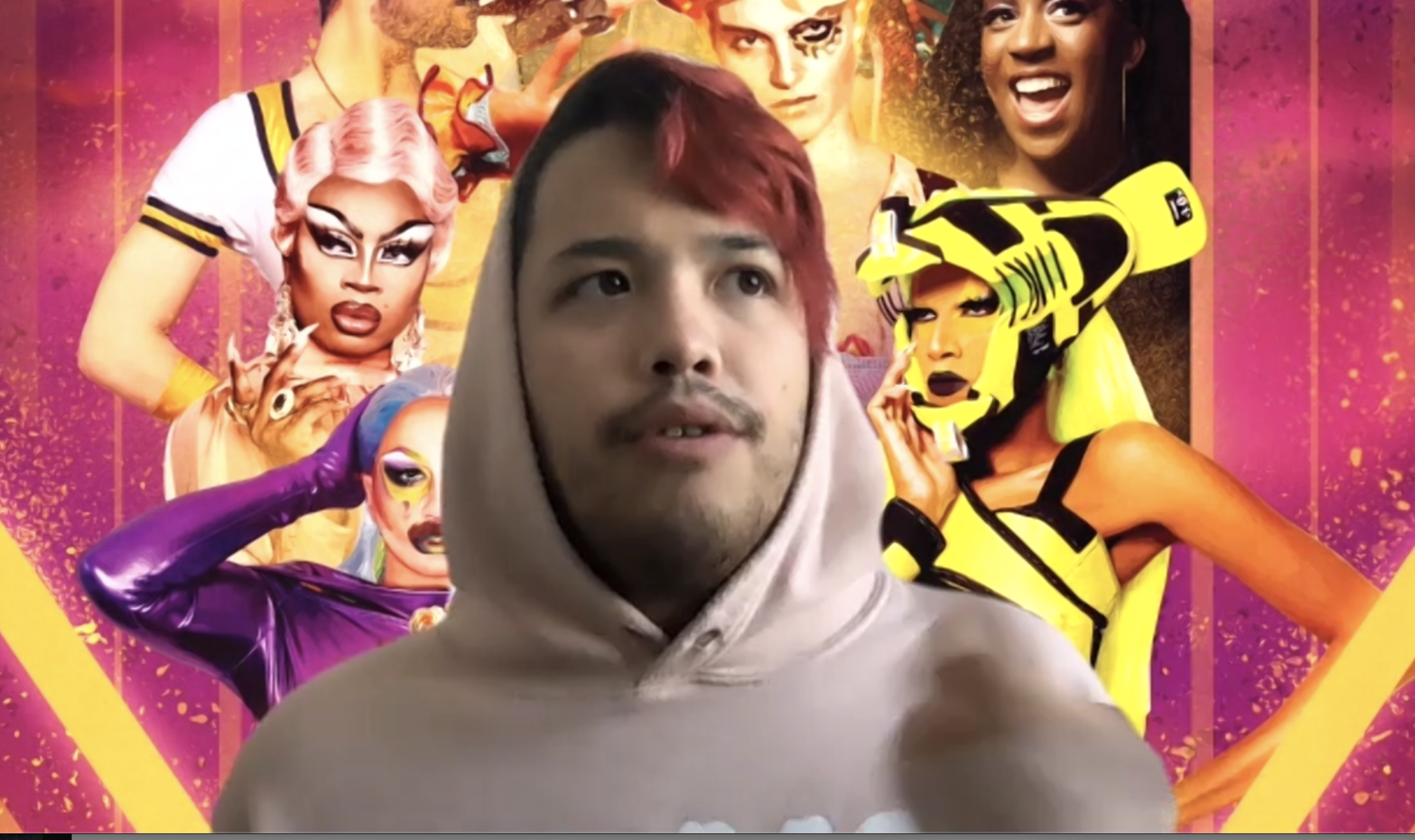 Tyler Sloane said they hope those involved in art and community building do not drop remote options when life starts to return to some type of normality. Screenshot from Zoom interview
Previous story
Next story

When Tyler Sloane was growing up in a small, mostly white town in the Prairies, it was difficult to find anyone in real life they could relate to.

Like many young people in search of community in the internet age, they found it online.

So it has not been too much of a stretch for the 27-year-old drag and burlesque performer to revert to that mode as they facilitate a series of online conversations between queer youth and elders.

“When the pandemic hit, it was oddly familiar to be at home in my room longing for a community connection,” the multidisciplinary artist and community organizer said in a Zoom interview. “It felt very familiar, except this time I knew a critical mass of queer folks, and there’s so much more social media than when I was younger.”

The transition has not been as smooth for the elders in the intergenerational dialogue, but Sloane and their co-host, longtime queer activist LeZlie Lee Kam, took turns troubleshooting on the fly during last month’s opening episode of the third season of In Conversation.

The project aims to bridge the gap between young LGBTQ+ people and those over 55, who often have a wealth of knowledge and liberation history to impart, but also risk being pushed back into the closet by isolation.

“This is a project that I believe is necessary even outside of the queer community,” Sloane said. “I feel like intergenerational conversation is urgently necessary for all communities across the board.”

Sloane said the enforced restrictions of 2020 have thrown their schedule out the window and made it harder to read body language and other cues of participants in community conversations, but it has also helped to clarify and simplify their life.

“The virtual world might feel, there might be a lot of dissonance with people ... I don't think it could ever replace the energy of having another body in the room, but I've oddly probably been the most well in mind, body and spirit than I have in a very long time because I was able to slow down.”

The online edition also makes it possible for people to attend who would otherwise be unable to get to the Buddies in Bad Times theatre on the outskirts of Toronto’s gay village, Sloane said, noting that the October edition had people tuning in from across Ontario as well as Trinidad and Israel.

“This is a project that I believe is necessary even outside of the queer community,” said @tyjsloane, youth facilitator of In Conversation. “I feel like intergenerational conversation is urgently necessary for all communities across the board.”

“We've entered collectively a moment where we have realized that while video chat may produce fatigue and dissonance, it has opened a door for accessibility,” they said, including for those who don’t have the additional time needed for travel or who either can’t leave their homes or can’t get into specific buildings.

They said they hope those involved in art and community building do not drop remote options when life starts to return to some type of normality.

“If a vaccine comes and we leave this modality behind, then we've done a disservice in the progression of where we need to go to be more accessible to all people,” Sloane said.

The next episode of the monthly series takes place on Monday from 6 p.m. to 8 p.m. and will consider the theme of new beginnings in the context of the wrenching changes and questioning of structures, institutions and systems 2020 has sparked.

There will be additional events in December, January and February, and then the project will bring in three more facilitators to record a podcast.

Sloane said the relationship they have with Lee Kam is a beautiful example of the dialogue they hope to encourage.

The two then try to turn these conversations into prompts so participants feel they can speak to the topic and share an anecdote, thought or question.

“It's a lot of me and her butting heads really beautifully,” they said of the passionate argument-conversations that emerge. “But we always come to this delicious compromise.”

Outside of the In Conversation series, Sloane performs as part of the all-male Boylesque TO troupe and helps connect marginalized youth to performing arts as part of SKETCH Working Arts.

The non-profit offers free art workshops and residences covering mediums such as ceramics, screen printing, visual arts, dance and movement, DJing, music and culinary arts to young people who would otherwise not have access to them.

Sloane said they had their full year planned out before the pandemic hit, with trips scheduled to Edinburgh, Las Vegas and across Canada for various projects.

“And now I'm sitting in what I will refer to as a wonderful place of the unknown, because I don't know what 2021 will hold.”