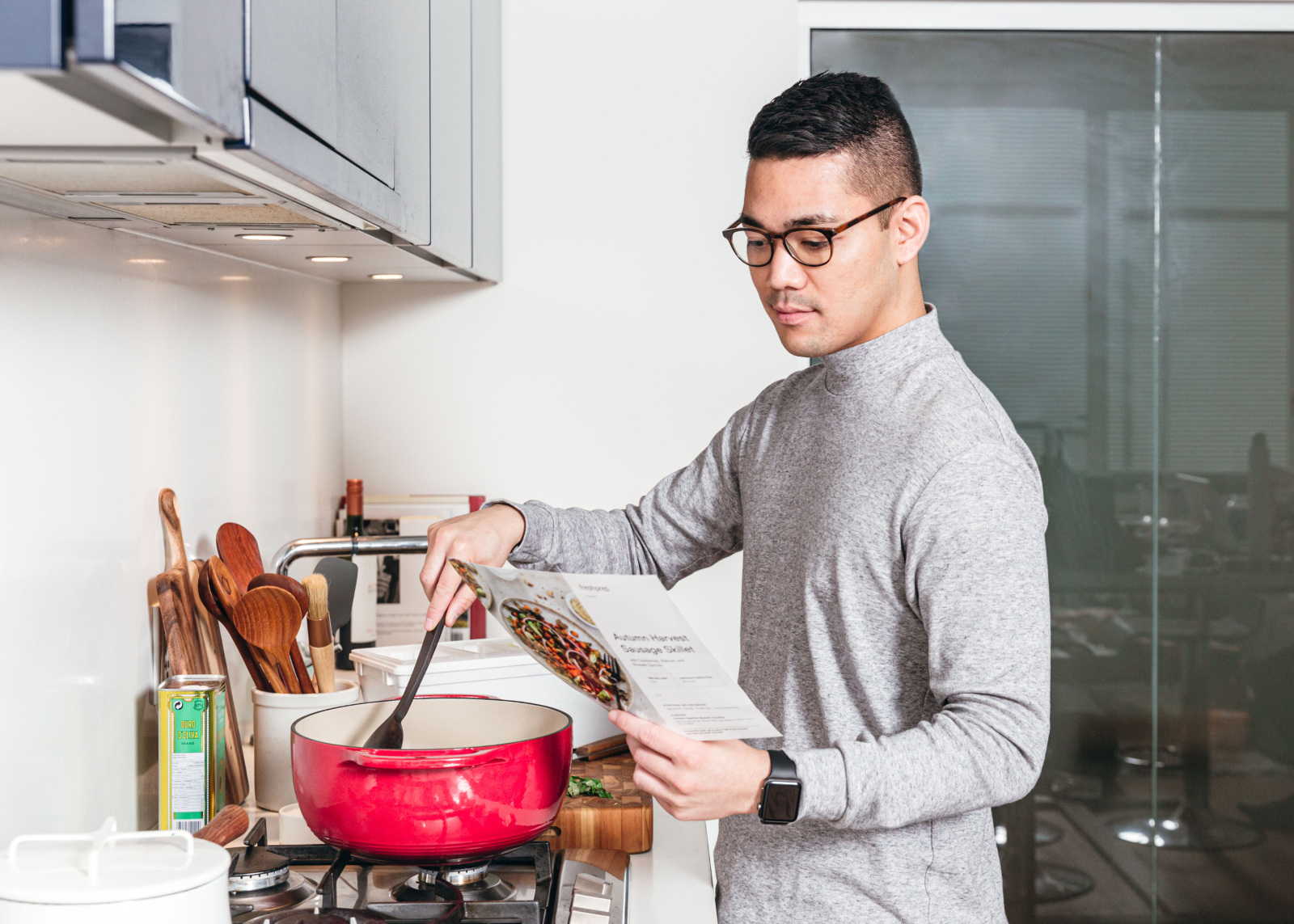 More than 12 per cent of Canadians have used meal kits in the past six months, echoing many Canadians' shift to online food purchasing since the pandemic started, according to researchers at Dalhousie University. Photo by Fresh Prep
Previous story
Next story

Pamela Smith started buying her groceries online when the pandemic started, and she isn’t looking back.

“(It) replaced grocery store visits,” said the Vancouver-based communications professional and parent. “I will still go to our local butcher to pick up meat, but as far as staples and produce, anything like that I just order (online now).”

She’s not alone. About 30 per cent of Canadians have bought groceries online in the past six months, and online food sales — everything from restaurant food to pre-prepped meals — have surged since the pandemic started, according to a new study by researchers at Dalhousie University. It’s a seismic shift the research team expects will stay, even as it transforms how Canadians relate to their food, and each other.

“Due to COVID-19, e-commerce is clearly becoming an option for a growing number of shoppers,” said Sylvain Charlebois, director of Dalhousie’s Agri-Food Analytics Lab and a lead researcher on the project. “Based on the data we have now, and given the investments made by industry, we believe Canadians will continue to appreciate the convenience of online food shopping beyond the pandemic.”

The growth of online food shopping has been as dramatic as the virus’s surge. According to the study, over the past six months, the number of Canadians ordering food online has shot up by close to 15 per cent. That’s about 4.2 million people, or roughly twice the population of B.C.’s Lower Mainland.

More than half of them also anticipate they will continue to buy food online at least once a week after the pandemic has passed. It’s a shift that has been felt particularly strongly in B.C., where the team estimates about 65 per cent of consumers uses an online food purchasing service weekly.

You can find our latest food report on e-commerce here (Français/English) https://t.co/Fg6cvFPMfq

And despite the initial surge of COVID-driven interest, the study found that by now, almost twice as many people buy food online because of convenience, not concerns about the virus. It’s a shift Smith experienced first-hand.

“For about six weeks, the only place I went was to the grocery store, for an hour … and I would do my grocery shopping on a Sunday morning,” she said. “And then I discovered Instacart.”

The app lets customers place an order with local grocery stores and have someone else pick it up. For Smith, it was a more convenient way to buy groceries than blitzing through her local supermarket on Sunday mornings.

It’s a market shift grocery stores are racing to capitalize on, often at the expense of farmers and processors further down the supply chain.

About 30 per cent of Canadians have bought groceries online in the past six months, and online food sales have surged since the pandemic started, according to a new study by researchers at Dalhousie University.

For instance, earlier this autumn, Walmart Canada started requiring its suppliers to pay an additional fee that is intended to pay for the retail giant’s $3.5-billion expansion into e-commerce. They’re not alone, Michael Graydon, CEO of Food, Health, and Consumer Products of Canada, explained to Canada's National Observer in September: Canada’s five major grocery chains are also offloading some costs of e-commerce expansions onto their suppliers, he said.

Online grocery shopping isn’t alone in its surge in popularity. The pandemic has also pushed more Canadians to start buying meal prep kits than before.

“We’ve seen quite a large increase since COVID happened,” said Becky Brauer, co-CEO of Fresh Prep, a Vancouver-based meal kit company. “We’ve gone from about 175 to 230 staff just prepping food and working in our office … excluding our delivery fleet of drivers, and that’s just since March!”

That growth has remained constant, she said. It’s an indication that many people who may have started purchasing meal kits because of the pandemic have integrated them into their weekly routines. She also noted that the company has seen a surge of interest in their “add-ons,” products made by other food companies in the Vancouver area that are sold alongside the meal prep kits.

Interest in the kits — still a new phenomenon in Canada — doesn’t surprise Charlebois.

“For one, it keeps people away from the stores, but it also addresses the issue of cooking fatigue — it’s nice to be home and cook, but at some point, you want some creativity … and meal kits come in handy there.”

For Charlebois, the growth of online sales reflects a democratization in Canada’s food retail landscape.

Companies that used to be brokers in the journey from farm to fork — Kraft Heinz or Sysco, for instance — started to reach out to customers online instead of selling through grocery chains or cafeterias. And newcomers to the scene, like meal kit companies and farmers markets, have also proved competitive.

Still, despite the hype, roughly 40 per cent of Canadians have not bought food online since the pandemic started. That could be because of more than just the slightly higher monetary costs, said Charlebois.

“When you talk about … online purchasing, you’re basically forfeiting a wide range of relationships that have been pre-established before COVID,” he said, pointing to friendly conversations at the grocery store checkout to catching up with old friends at a local farmers market.

“People value relationships, no matter what, whether there’s a pandemic or not,” he said.

Before Covid, we shopped when

Before Covid, we shopped when we felt like it. When Covid-19 made public transit unavailable in March we started to drive to the grocery store as we could not walk home with 14 days worth of groceries and the car is an isolated space. If all of us went online and had our groceries delivered, what would be the change in our CO2 footprint? Compare weekly trip by public transport vs. bi-weekly trip in gas car vs bi-weekly trip in electric car vs. bi-weekly online shop and delivery by store vehicle (truck? Uber?)?? Anyone done the research?
And what would be the change in quality of life? For us retirees, it would mean more social isolation.