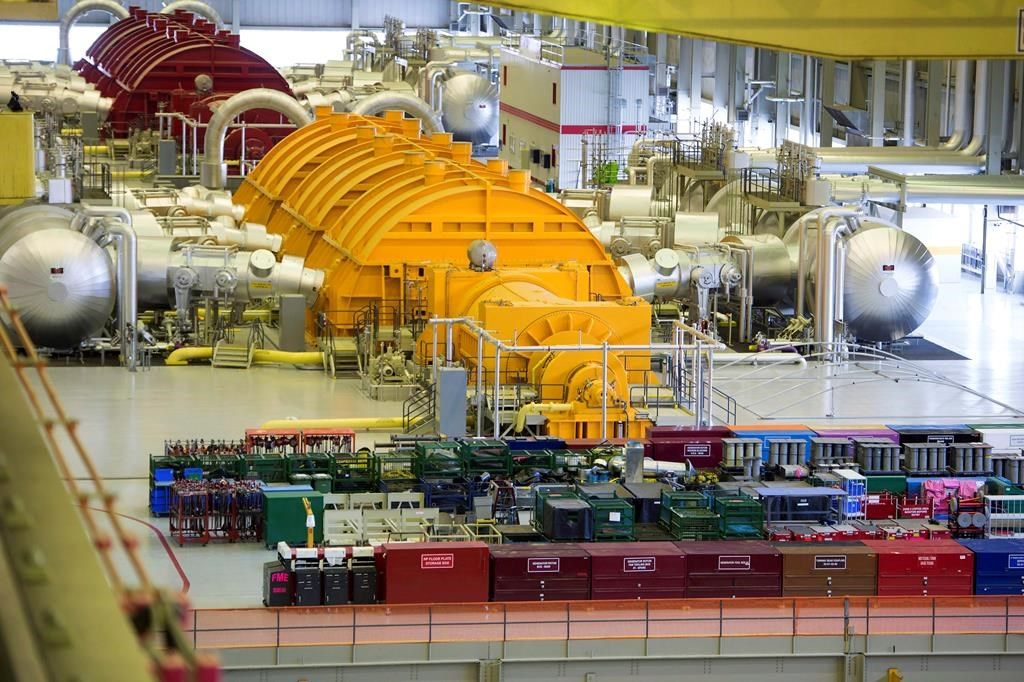 The federal government has launched a new initiative aimed at finding long-term solutions for the growing quantity of radioactive waste produced by Canada's nuclear reactors.

To that end, the government wants members of the industry, the general public and Indigenous people to weigh in on the topic and potential solutions that have so far proven elusive.

"Over the coming months the government of Canada will be taking steps to review and modernize Canada’s approach to how we manage radioactive waste," O'Regan wrote. "While the strategy must be defined by waste producers and owners who have the best understanding of their wastes and their priorities, it too must be informed by dialogue with stakeholders and Canadians."

For decades, producers have stored their nuclear waste, which can remain toxic for thousands of years, in interim, above-ground facilities, usually at the reactor sites. The industry and governments have spent years working to come up with a permanent disposal solution.

The new initiative follows a failed attempt by Ontario Power Generation to build a multibillion-dollar underground storage bunker for low- and intermediate nuclear waste at the Bruce nuclear power plant near Kincardine, Ont., close to the shore of Lake Huron. Although opposed by myriad communities on both sides of the Canada-U.S. border, the project ultimately foundered on opposition from local Indigenous residents.

A separate proposal for a deep geologic repository to handle high-level nuclear waste — essentially spent fuel bundles — is still in play. So far, the waste organization has narrowed its search to two sites, one in the vicinity of the Bruce power plant, and the other near Ignace in northern Ontario.

Despite assurances that repositories are a safe and effective long-term disposal solution, critics have long argued that burying the waste would pose a centuries-long potential threat to groundwater, the environment and human health. Some have pressed for reusing or recycling the material, something that has proven technologically challenging.

The new initiative aims to review Canada's current storage practices and come up with long-term options that are feasible, safe, environmentally sound and in line with best international practices.

O'Regan said the new strategy dialogue should not detract from the waste organization's current mandate related to the long-term management of used nuclear fuel.

"That mandate is clear and your progress to date is commendable," he said.

In response to O'Regan's letter, Laurie Swami, head of the Nuclear Waste Management Organization, wrote the agency was pleased to be involved.

"We look forward to lending our expertise to make informed and practical recommendations to the Canadian government on a more comprehensive radioactive waste management strategy.," Swami said. "An integrated strategy will ensure the material continues to be managed in accordance with international best practice over the longer-term."

Turning nuclear waste into fuel. It could happen

Nuclear power is clean – except for all the waste

ERROR in this story. Ottawa

ERROR in this story. Ottawa did not create this nuclear industry lobby organization as stated in the Canadian Press story. From the NWMO web site: "The NWMO is a not-for profit organization established in 2002 by Canada’s nuclear electricity producers".

Actually there are probably

Actually there are probably lots of misinformation in this poorly researched story that seems to be more about ignoring the facts about the nuclear industry as a dirty, dangerous distraction delaying any real climate action in Canada. NRCan launched a public consultation web site as part of their public consultation without any mention of NWMO or their so-called leadership role in the consultation process. The government discussion papers supporting the consultations make no mention of NWMO and its lobbying work on behalf of the nuclear industry that governs it. It seems this Canadian Press "article" is more of a NWMO public relations attempt to direct and manage the narrative about the deadly materials it is attempting to force on rural Ontario. The amount of money being spent on soliciting support for their dangerous, life-threatening, earth-destroying radioactive waste is enormous especially across northwestern Ontario. And still First Nation community members are protesting the development of any nuclear waste disposal site. I support protecting the earth from these radioactive waste and demand that the government stop wasting BILLIONs of dollars on developing new nuclear reactors that just produce even more deadly and long-lasting radioactive waste.

Nuclear power should be ended

Nuclear power should be ended. Most existing reactors are getting old and should gradually be mothballed and replaced with proper renewables.
But that still leaves the question of what to do with the existing waste. Gotta do SOMETHING. I understand why it's very hard to find solutions for that, but I don't quite understand why it seems to be so hard that nobody has ever managed to get a single long term solution going.
I mean for instance, oil and natural gas deposits, until we started drilling 'em, were sitting undisturbed for hundreds of millions of years. Why could we not identify some deep depleted oil wells and shove waste down into the hole? Wouldn't they be way below groundwater concerns down there and generally pretty dashed isolated?

The government is trying to

The government is trying to get the companies off the hook for the waste and pretend that taxation for perpetual care is not our legacy. Germany is rather good at technology, and had a great site for permanent storage that then had to be dug up again at enormous expense. There really is no better solution than accessible, well maintained storage. The stuff is like a stain - it can almost be contained, only slowly contaminating a series of containers. However, it can't be recovered, so any leaks are pure profit to the agencies responsible, reducing their total tonnage of responsibilities.

1) there is no such thing as

1) there is no such thing as ‘disposal’ of nuclear waste. Wherever it is put, it is still going to be there and has to be looked after to make sure it stays there. We can do that if we keep it in containers located at reactor facilities, but not if we put it in uncontrolled underground storage. Operators of nuclear facilities do not like this as it costs money. Too bad. They should have thought of this decades ago when they started producing the nuclear waste.

3) we have no idea what society will be like in hundreds to thousands of years from now. We do not know if there will be the capability of safely looking after the waste. For this reason we should not be creating more.