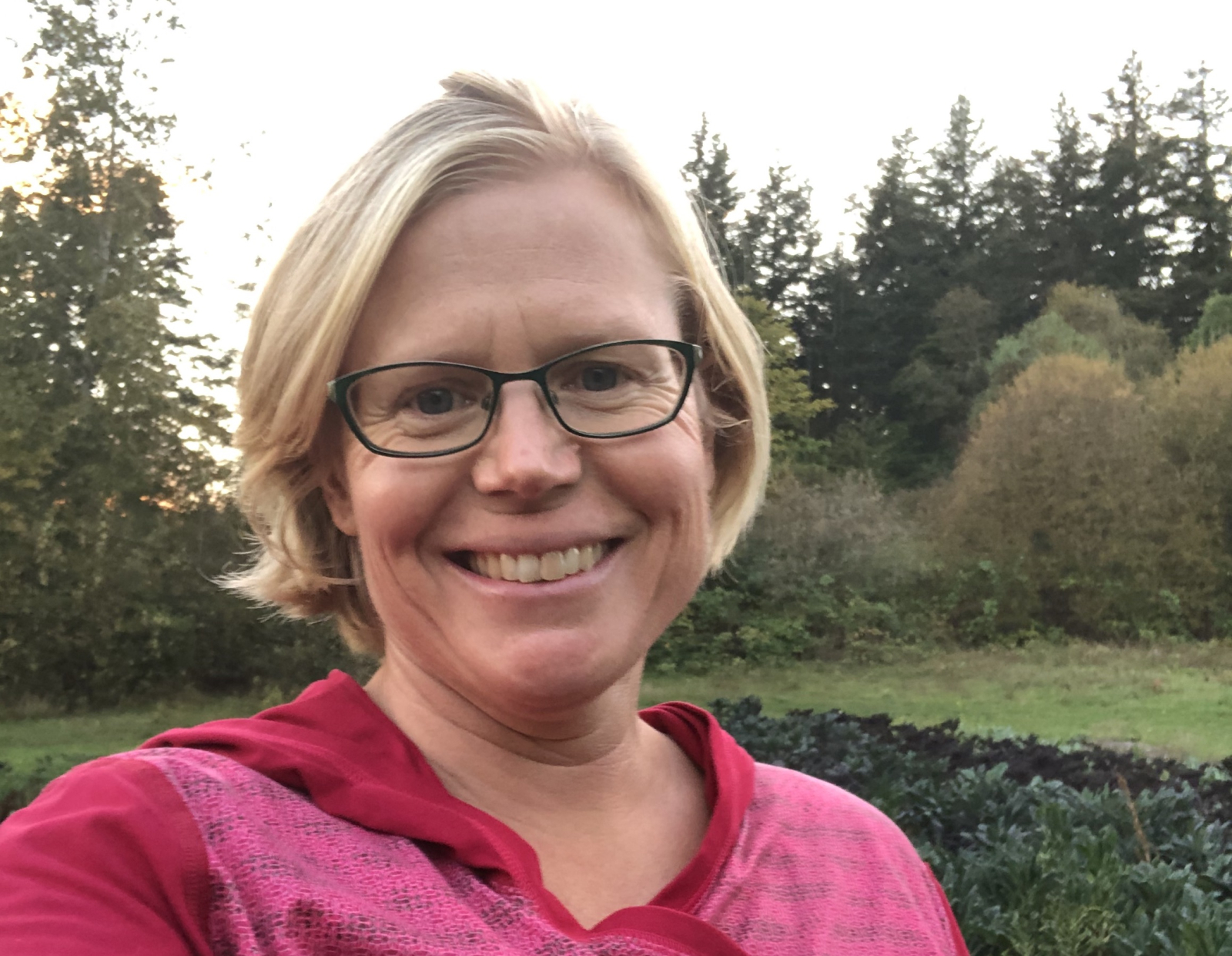 Heather Stretch runs a diversified organic farm on Vancouver Island. This was her first year using farm management software to help with paperwork for her organic certification. Photo by Rachel Fisher
Previous story

Heather Stretch usually spends a few days each winter corralling paperwork that traces her produce from seed to sale to renew her farm’s organic certification.

Not this year. The Victoria-based organic farmer has moved her paperwork to a new online program that helps diversified organic farmers track their farm and renew their certifications.

“As the multiple years of farming pile on, it becomes a bit of a challenge to track your records, track your data year over year,” she said.

“So rather than having to remember, ‘Oh wait, what things were in my Google Drive and what things were Word documents or Excel files … and which things were still paper in my filing cabinet,’ it’s nice just to log in and see that whole farm history.”

The program, iCertify, was created by Certified Organic Associations of B.C. (COABC) and it is a key feature that researchers at the University of British Columbia have integrated into a larger project to create open-source farm management software for diversified organic producers. Farm management software isn’t new, but it has mostly been developed for industrial farms. That makes it useless for farmers like Stretch, who track dozens of varieties over the course of a season, file piles of paperwork every winter — and don’t want to share their farm’s data with agri-business corporations.

“There’s a lot of farm management tools out there for people who are growing 500 hectares of soybeans because there’s a lot of money in that ecosystem,” said Kevin Cussen, product manager for LiteFarm, the farm management software developed by the UBC team. The platform is currently in its beta phase and integrates iCertify, the COABC program, alongside other features.

“When you’re growing 50 different types of produce on 20 different beds across a farm that has natural buffers and forest areas, it’s equally complex.”

Traditionally, farmers have worked this complexity armed with notebooks, spreadsheets and close observations carried over from year to year. That approach is hard to fine-tune, with farmers often guessing how to adjust soil nutrient levels, irrigation and other supports to sustainably maximize their yields. It’s also made it hard to compare management practices, yields and sustainability between farms, Cussen said.

“The fact (that management practices are) stuck in their heads and notebooks makes it very hard to study these and say what’s effective, which should be more widely adopted.”

Increasing food production isn’t the only benefit that can come from this kind of knowledge sharing. For instance, there is evidence that more diverse farms help sustain biodiversity, including pollinator populations, which are in steep decline. With about 75 per cent of food crops needing pollination, developing and sharing effective farm management techniques that can support this wildlife will become increasingly important.

“(We’re) really trying to gather the information not only to help the farmers day to day, which is what the app does, but also more broadly think about the future and how we can build a better planet for our children,” said @ZiaMehrabi.

The data collected through the LiteFarm app can also help develop a more accurate picture of a region’s agricultural landscape. The benefits of extremely diverse farms are often overlooked in government datasets, explained Zia Mehrabi, research associate at UBC and the project’s lead investigator. That can lead to policy decisions undermining sustainable small-scale farms, both in Canada and beyond.

“(We’re) really trying to gather the information not only to help the farmers day to day, which is what the app does, but also more broadly think about the future and how we can build a better planet for our children,” he said.

Access to that day-to-day information is revolutionary, especially for organic farmers who need to follow stringent management protocols.

“I think about a bubble over (an organic farm),” said Crystal Arsenault, administrator for the Islands Organic Producers Association, which is responsible for certifying organic farms on Vancouver Island. “Anything that comes into that bubble or leaves that bubble, you have to record it.”

That means organic farmers record everything: The soil they used to germinate seeds, how much compost they put on the fields and how much they sold their produce for. The paperwork is “intense,” said Arsenault — and required if farmers want to maintain their certification.

The LiteFarm app’s beta version lets farmers enter that data on their phones in a format that conforms to the requirements of the iCertify program — which was introduced to B.C. farmers this year by the COABC— and automatically fills in the standardized forms required to maintain organic certification. Other functions on the app can map and graph this information to help farmers manage their fields more efficiently once it is officially launched.

“It’s going to show profitability and, because it’s being designed to track that seed to sale for organic (certification) needs, you’re going to be able to break down that profitability … right down to a specific crop or a specific planting,” she said.

That level of detail is common across farm management software — including in digital products sold to farmers by large fertilizer, seed and pesticide companies. These commercial platforms have raised concerns among advocates about farmers’ privacy and autonomy, an issue Cussen said the LiteFarm team has addressed.

For Cussen, the project is an opportunity to support a global community of farmers and researchers trying to feed us more sustainably.

“One of the nice things about being an open-source project is that we can be really idealistic about who can use our software,” he said.

Editor's note: This story was updated on November 19, 2020, to clarify that the iCertify program was developed by the Certified Organic Associations of B.C., not the UBC research team as had been previously stated.