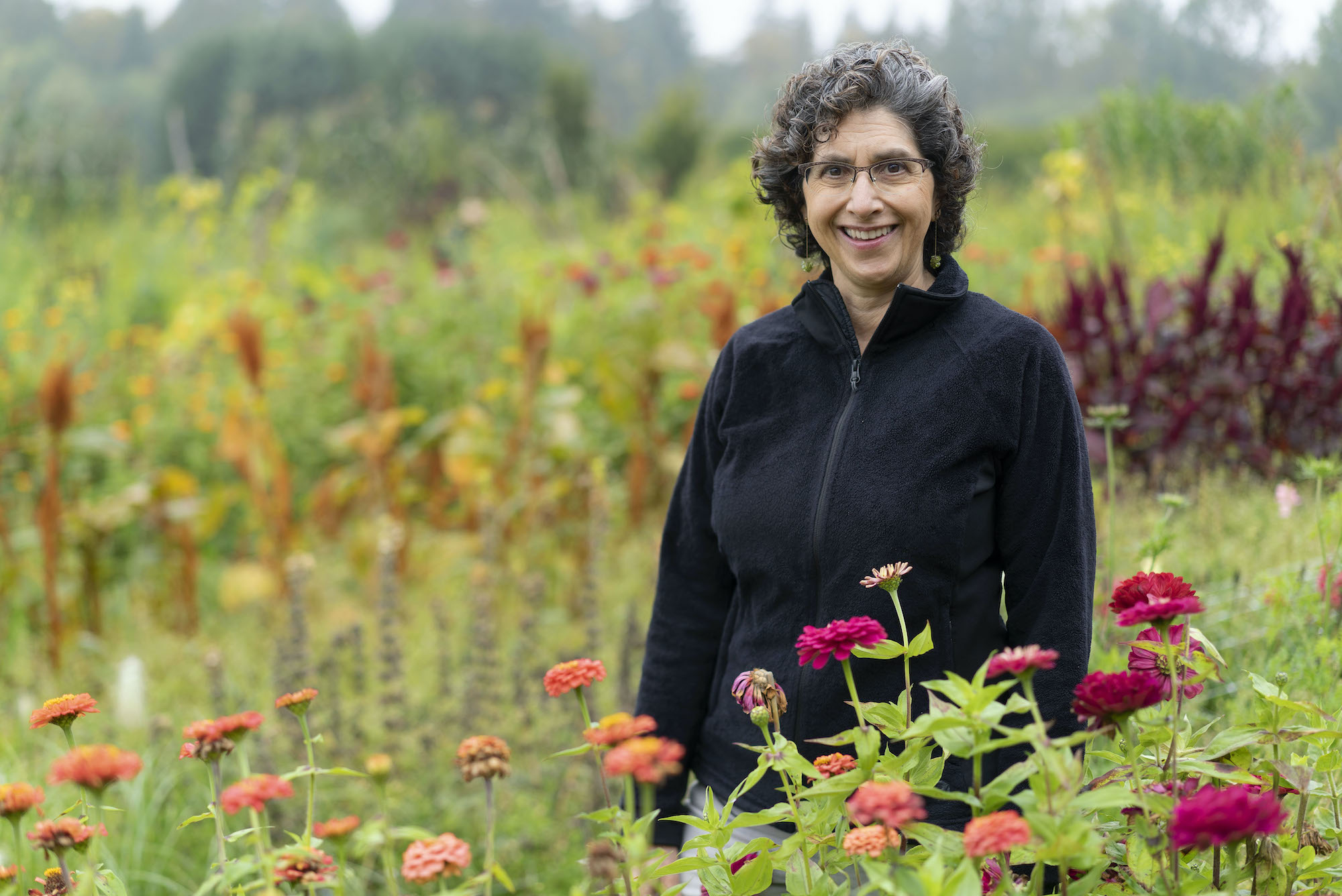 Forget lions, tigers and bears: For Claire Kremen, conserving insects is more important. Around the world, forests, meadows and wild spaces are being rapidly transformed into farmland, pushing wildlife into steep decline and threatening our food security.

It’s a crisis that Kremen, professor of zoology, conservation biologist and recipient of the 2020 Volvo Environment Prize, has dedicated a lifetime to solve. The annual prize is among the world’s most respected environmental honours and includes a cash award of $210,000.

“Over time, our farms have gotten larger, they’ve tended to get more simplified,” said Kremen.

That change has made it increasingly difficult for pollinators like bees and flies — responsible for about 75 per cent of the world’s crops — to survive. Fortunately, reversing the catastrophe is possible, she said, by making working lands like farms and ranches more ecologically diverse.

Between 60 and 70 per cent of the Earth’s terrestrial surface is used by people for farming, forestry or ranching. They’re the lands that feed us; however, many of the management practices used on them to maximize food or timber production are driving astonishing biodiversity loss.

Among the most worrying trends is the rapid decline of pollinators. According to the International Union for Conservation of Nature, 16.5 per cent of pollinators are threatened with extinction. About a third of Europe’s bee and butterfly species are declining.

Industrial agriculture, an approach to food production promoted by governments and agri-business for decades, is largely to blame.

“Pesticides are being used to control crop pests, but, unfortunately, they tend to be not that targeted and ... affect beneficial insects like pollinators as well,” Kremen explained. “And then there’s habitat change.”

That change has been marked by the transformation of biodiverse farm fields, forests or meadows into fields of a single crop, or monocrops. These are like food “deserts” for pollinators, Kremen explained, and leave the insects struggling to find enough food.

“I sort of see pollinators as your gateway drug to #sustainableagriculture. Because who doesn’t like #pollinators?” said @clairekremen, winner of the 2020 @envprize.

B.C.’s blueberry farms are an example. Rows upon rows of blueberry bushes all need to be pollinated when they bloom in the spring — a Herculean task for native pollinators, which are often helped by hives of domesticated honeybees that farmers rent to ensure their crops get pollinated. But that pollen feast is quickly over, leaving native pollinators with almost nothing to eat for months, and making it difficult for them to survive.

That’s bad news, and not only for the insects.

“You get into this situation where the farmers become really, really reliant on importing honeybees to provide pollination services because the native pollinators just aren’t abundant enough anymore,” she said.

Native bumblebees, a species that has seen its relative abundance decline by 97 per cent in North America, are much better at harvesting and transporting blueberry pollen than their domesticated cousins. They’re built to fit a blueberry flower and can vibrate their wings at the right frequency to loosen the pollen; domesticated honeybees can’t. That makes it easier for the bumblebees to coat themselves in pollen and continue pollinating other plants.

“There is research that has shown in different crops that, sometimes, the combination of honeybees and other pollinators can be more effective for pollination and getting a good harvest,” Kremen said.

Increasing that diversity is possible: It’s Kremen’s life’s work. She studies how agricultural landscapes can be made more diverse to better support pollinators and other wildlife. It’s an agro-ecological approach that can include everything from adding hedgerows to planting pollinator-friendly meadows near farm fields and diversifying the plants under cultivation.

Critics of this approach say it’s less efficient and won’t be able to produce high enough yields to meet the world’s growing population. Kremen disagrees. Her research has shown that strong native pollinator populations can actually increase yields while helping farmers reduce their costs and reliance on imported bees.

“(When you're) thinking about a farming system that we can really count on for the long-term future, then it’s better not to have all your eggs in one basket,” she said.

“Professor Kremen’s work on diversified farming systems and conservation has helped us to understand how the increasingly globalized food system affects biodiversity, sustainability, and equity, and — most importantly — how to significantly improve this system so that we can feed ourselves while protecting biodiversity and mitigating climate change,” the jury of the Volvo Environment Prize Foundation said in a statement announcing Kremen’s win.

“I’m not suggesting that we need to rely solely on native pollinators, but they have a really good part to play in crop pollination. Creating conditions in which they can thrive is basically an insurance policy,” Kremen said.

That insurance policy is increasingly important. Unprecedented rates of extinction and a changing climate are putting evermore strain on our agricultural and food systems. Transforming how food is grown in B.C. and beyond is essential to long-term sustainability and food security. Focusing on pollinators is a good place to start, she said.

“I sort of see pollinators as your gateway drug to sustainable agriculture. Because who doesn’t like pollinators?”

Pollinators are critical - but only the tip of the iceberg. Soil microbes, fungi, and invertebrates are equally, if not more important to the sustainability of our more permanent, non-flowering botanical life forms - the ones that produce the oxygen and sequester the carbon. They create the soil and make it possible for the plants to take up the soil's nutrients. It is all the most finely tuned ecological system that makes what we call life possible.