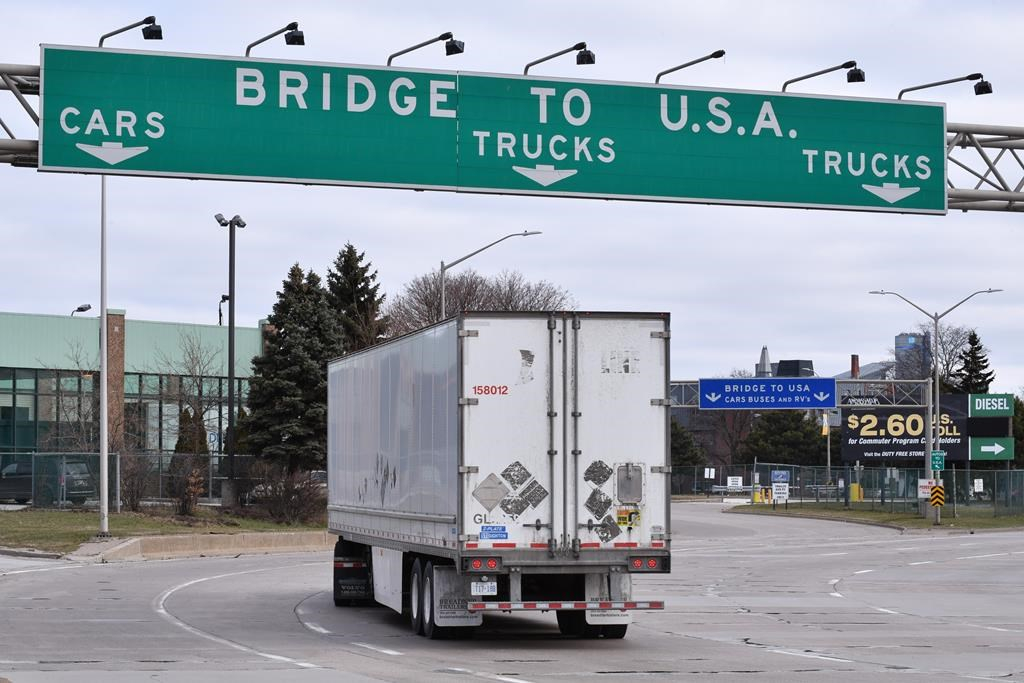 The Canada-U.S. border is set to remain closed well into December.

A federal source speaking on the condition of anonymity because they were not authorized to comment publicly confirmed the 30-day rollover of the closure that was set to expire on Friday.

Visits such as vacations, day trips and cross-border shopping excursions have been forbidden since March in an effort to limit the spread of the novel coronavirus.

The mutual restrictions have been jointly extended on a monthly basis by the two countries ever since they were first imposed.

Prime Minister Justin Trudeau has said the ban won't be eased until there is clear evidence the COVID-19 pandemic is slowing in the United States, which is it is clearly not.

The U.S. is setting daily records for new cases and hospitalization rates, and the death toll is tracking toward 250,000.

The travel ban does not apply to those who must cross to ensure the continued flow of goods and essential services, including truckers and hospital staff.

Biden, who is trying to implement a strategy to battle the virus, says Trump's refusal to co-operate with his transition team could result in even more U.S. deaths.

Biden says the two sides need to co-ordinate on a plan to distribute promising new COVID-19 vaccines so they can be deployed as soon as they're ready.