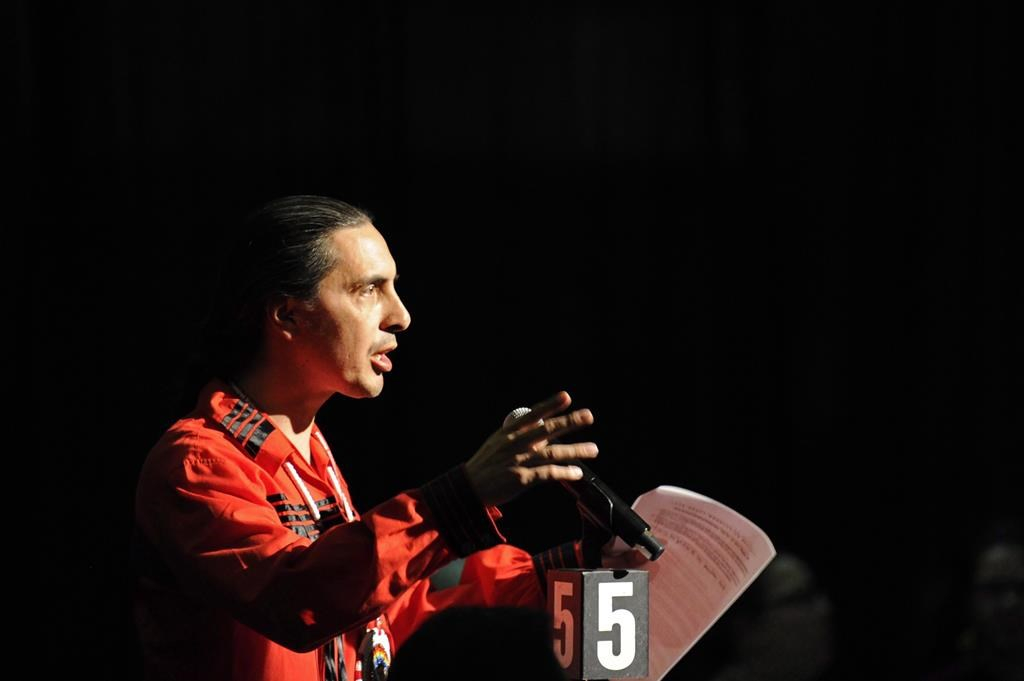 WINNIPEG — Some leaders and health professionals say they are facing a challenge during the COVID-19 pandemic of persuading Indigenous people to trust a health system that has a history of experimenting on them.

“There have been some deceitful and terrible things that have been done to our communities historically,” said Arlen Dumas, the Assembly of Manitoba Chiefs' grand chief.

Dumas looked directly into the camera of his computer during the First Nations COVID-19 Pandemic Response Co-ordination Team’s last online update on Friday. He reassured those listening that Indigenous leaders would not allow horrific experiments of the past to be repeated.

“As far as I’m involved, things of that sort are never going to happen.”

Many watching the online update commented with concerns about COVID-19 health advice, while others speculated about the use of a vaccine. Similar worries are echoed on social media pages for Indigenous communities.

Dumas said he understands why there is so much mistrust among Indigenous people. His own family members have reached out with concerns that a COVID-19 vaccine will be just another experiment.

There are many examples in Canadian history of scientists sponsored by the federal government or the government itself doing medical experiments on Indigenous people, he said.

The Assembly of Manitoba Chiefs' grand chief says he understands why there is mistrust among Indigenous people over COVID-19 health advice. "There have been some deceitful and terrible things that have been done to our communities historically."

Mosby’s research uncovered a long-standing, government-run food experiment on deliberately malnourished Indigenous children in the 1940s. In one residential school, milk rations were held back for two years. In another, a special flour that was illegal elsewhere in Canada was given to Indigenous children.

Indigenous children were also the subject of a tuberculosis vaccine trial in Saskatchewan that began in the 1930s. Research has shown that so-called Indian Hospitals, which were created to treat Indigenous people with tuberculosis, were rife with medical experimentation.

In recent years, there have been lawsuits over the forced sterilization of Indigenous women and skin grafts performed on Inuit people.

Melanie MacKinnon, who leads the First Nations pandemic response team, has warned that the consequences for not trusting public health orders can be catastrophic.

“It’s not a game. We need to take this serious and it is at a critical, critical juncture," she told last week’s briefing.

Indigenous Services Canada says that, as of Tuesday, there were 4,069 COVID-19 cases on reserves in Canada. Of those, 1,564 were active.

In Manitoba, infections of Indigenous people living on and off reserve have surged in recent weeks. First Nations people are also experiencing more severe outcomes, the response team’s data shows.

So far, 45 First Nations members in the province have died from COVID-19 — the vast majority in the last couple of weeks. The average age of death was 66, while it was 83 for Manitoba’s overall population. An Indigenous boy under the age of 10 died last weekend.

Federal officials have said the initial distribution of a vaccine could begin in the new year. First Nations leaders across the country has been advocating for their communities to be a priority.

Dr. Marcia Anderson, who is also on the pandemic response team, recalled how H1N1 flu outbreaks in 2009 also had a disproportionate impact on First Nations in Canada. Most Indigenous people were eventually open to taking the H1N1 vaccine, she added.

She hopes there will be a similar acceptance for the COVID-19 inoculation.

"There are rigorous ethical standards and protocols in place," Anderson said.

“The eyes of the world are on this vaccine.”

Canadians not worried other nations will get COVID-19 vaccine first: poll

I am sorry to see Ian Mosby

I am sorry to see Ian Mosby still promoting the claims made about "experiments" on Indian Residential School students. Deliberate malnutrition? Careful examination of the facts reveals that only one student group in one school suffered any kind of deprivation -- no dental appointments for six months. The other "experiments" were trials of vitamin pills and enhanced nourishment milk on selected groups.

The claims of medical

The claims of medical experimentation and the counter claims of harmless vitamins and/or enhanced milk are an interesting phenomenon of the mistrust, arising from the arrogance perhaps, of the medical "experimenters" in failing to communicate adequately. It is also an enduring example, possibly myth, in line with the known abuse of "captive " populations being used for dubiously ethical and potentially genocidal medical research among prisoners, among concentration camp victims, and many other marginalized populations worldwide. Pharmaceutical corporations are still enrolling third world people in their drug trials (?). Deliberate or inadvertent malfeasance is orders of magnitude more often inflicted on the vulnerable than on the privileged.

Just because we are more "advanced" scientifically doesn't make us more ethical or responsible. Quite the opposite. Exploitation is always the name of the game.