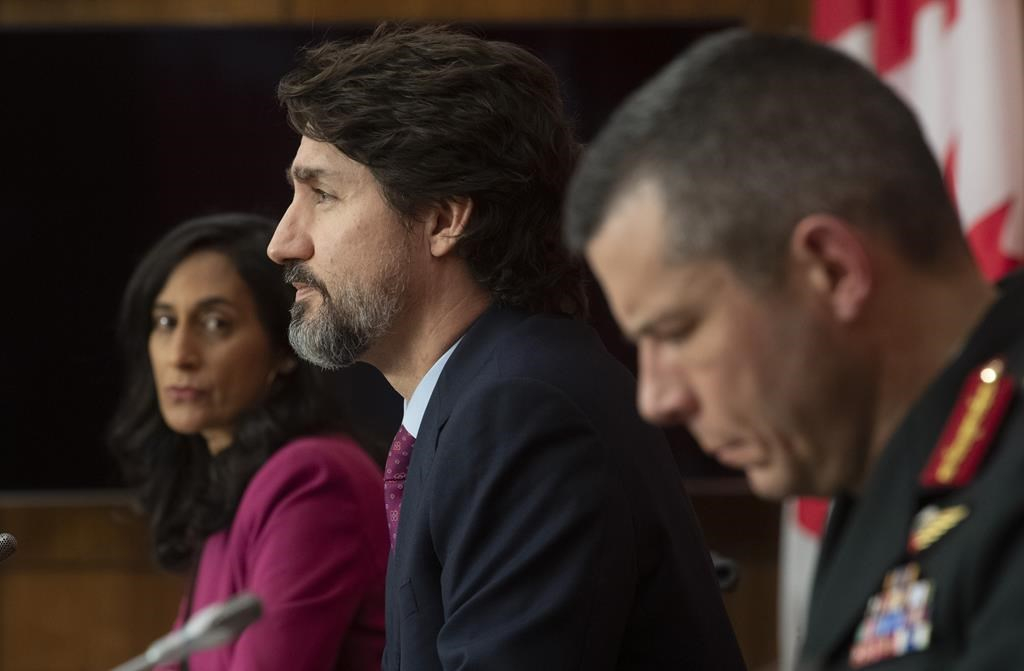 OTTAWA — A small number of the most vulnerable Canadians could be immunized against COVID-19 before the holidays as the first doses of Pfizer’s vaccine are set to arrive next week and up to 249,000 doses delivered by the end of the year.

"It has been a difficult year, and we are not out of this crisis yet," Prime Minister Justin Trudeau said Monday at a news conference in Ottawa.

"But now, vaccines are coming."

Everything hinges on Health Canada approving the vaccine from American-based pharmaceutical company Pfizer and its German partner BioNTech. A decision is expected before the end of this week.

Maj.-Gen. Dany Fortin, named vice-president of logistics at the Public Health Agency of Canada to oversee the vaccine rollout plan, said it will only be a day or two between when the vaccines arrive and the first people get inoculated.

The vaccines will be shipped directly to 14 sites in the 10 provinces, and provincial governments will then distribute them internally. There are two delivery sites in Ontario, Quebec, British Columbia and Alberta, and one in each of the other six provinces. None of the early shipments are headed for the territories.

There is still limited information available on where the first shipments will go and who will be first to get vaccinated.

The National Advisory Committee on Immunizations last week recommended priority be given to residents and workers in long-term care homes, front-line health workers, people over the age of 80 and people living in Indigenous communities.

However the Pfizer vaccine has to be kept frozen below -70 C, which means the logistics of sending them to remote communities make doing so nearly impossible. Trudeau said northern leaders have asked for vaccines that are easier to handle.

Moderna’s vaccine candidate, which is expected to be second in line for approval, only needs to be stored in regular freezers that can keep temperatures below at least -20 C.

Everything hinges on Health Canada approving the vaccine from American-based pharmaceutical company Pfizer and its German partner BioNTech. A decision is expected before the end of this week. #COVID19

Canada is set to receive four million doses of the Pfizer vaccine by March and 20 million in 2021. Canada has an option in the contract to buy up to 56 million more.

But Trudeau said Monday everything is now happening faster.

"Canada has secured an agreement with Pfizer to begin early delivery of doses of their vaccine candidate," Trudeau said.

The Pfizer/BioNtech vaccine needs two doses, so 249,000 doses would be enough to vaccinate nearly 125,000 people.

Health Canada is also reviewing three other vaccine candidates, including the one from Moderna, which is set to deliver two million doses to Canada in the first quarter of 2021.