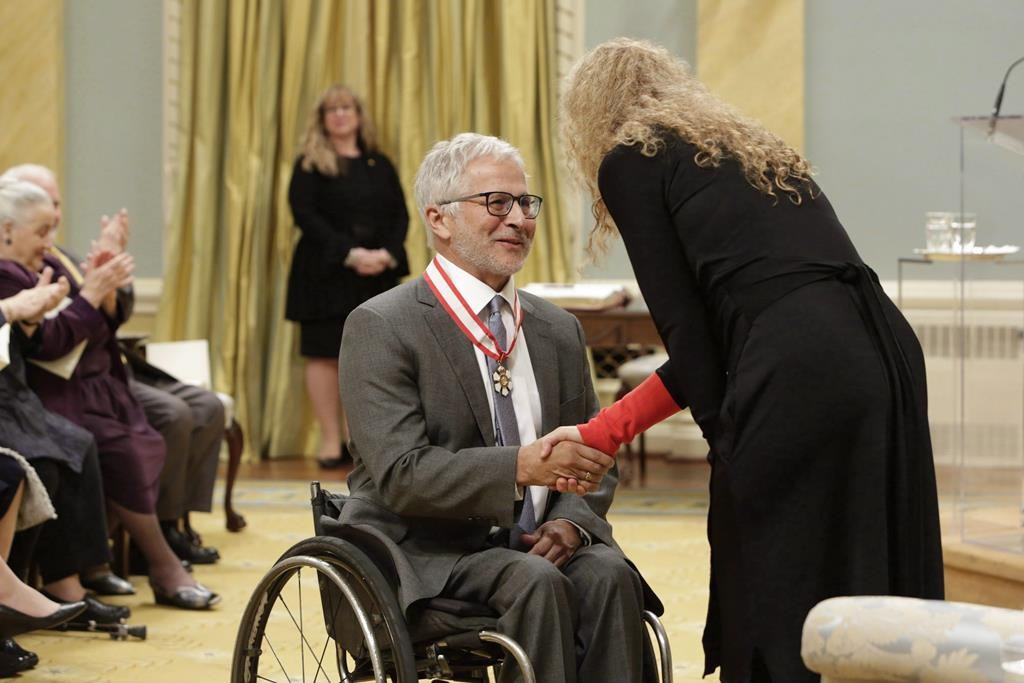 Gov.-Gen. Julie Payette invests Joseph Arvay as an Officer of the Order of Canada during a ceremony at Rideau Hall on May 10, 2018 in Ottawa. File photo by The Canadian Press/David Kawai
Previous story
Next story

British Columbia's attorney general paid tribute Tuesday to a lawyer he credited with reforming Canada's legal landscape and fighting for the rights of all Canadians throughout his lifetime.

David Eby said the death of Joseph Arvay, 71, who successfully argued constitutional cases supporting same-sex marriage benefits, LGBTQ rights and the right to assisted dying, will leave an indelible mark and a gap that will not be filled.

Eby told the legislature Arvay revolutionized a section of the Charter of Rights and Freedoms guaranteeing equality to all Canadians with successful cases in the Supreme Court of Canada on book censorship and the right to assisted death.

Among Arvay's most recent cases was his appearance in Federal Court on behalf of 15 young people seeking to compel Ottawa to develop a climate recovery plan based on science.

Earlier this year, Arvay was in the B.C. Supreme Court representing Canadian Doctors for Medicare, the B.C. Health Coalition, two doctors and two patients in a long-running legal battle over public and private health care.

Murray Rankin, B.C.'s Indigenous relations and reconciliation minister, told the legislature Arvay was a legal warrior who changed the course of history for many people in Canada who faced discrimination and injustice.

Rankin said he and Arvay were law partners and friends. He said Arvay appeared at the Supreme Court of Canada more than 75 times.

"He was like a brother to me," said Rankin. "He was the bravest person I ever knew and he made all of us better for having lived in our world."

A profile of Arvay on his law firm's website says he held law degrees from Western University in London, Ont., and Harvard.

When he was named an officer of the Order of Canada in 2017, the citation mentioned that he often took on the landmark cases he was known for on a pro bono basis.

"With keen legal acumen and dedication to social justice, he has played an unparalleled role in shaping the interpretation of the law on matters of civil rights and liberties."