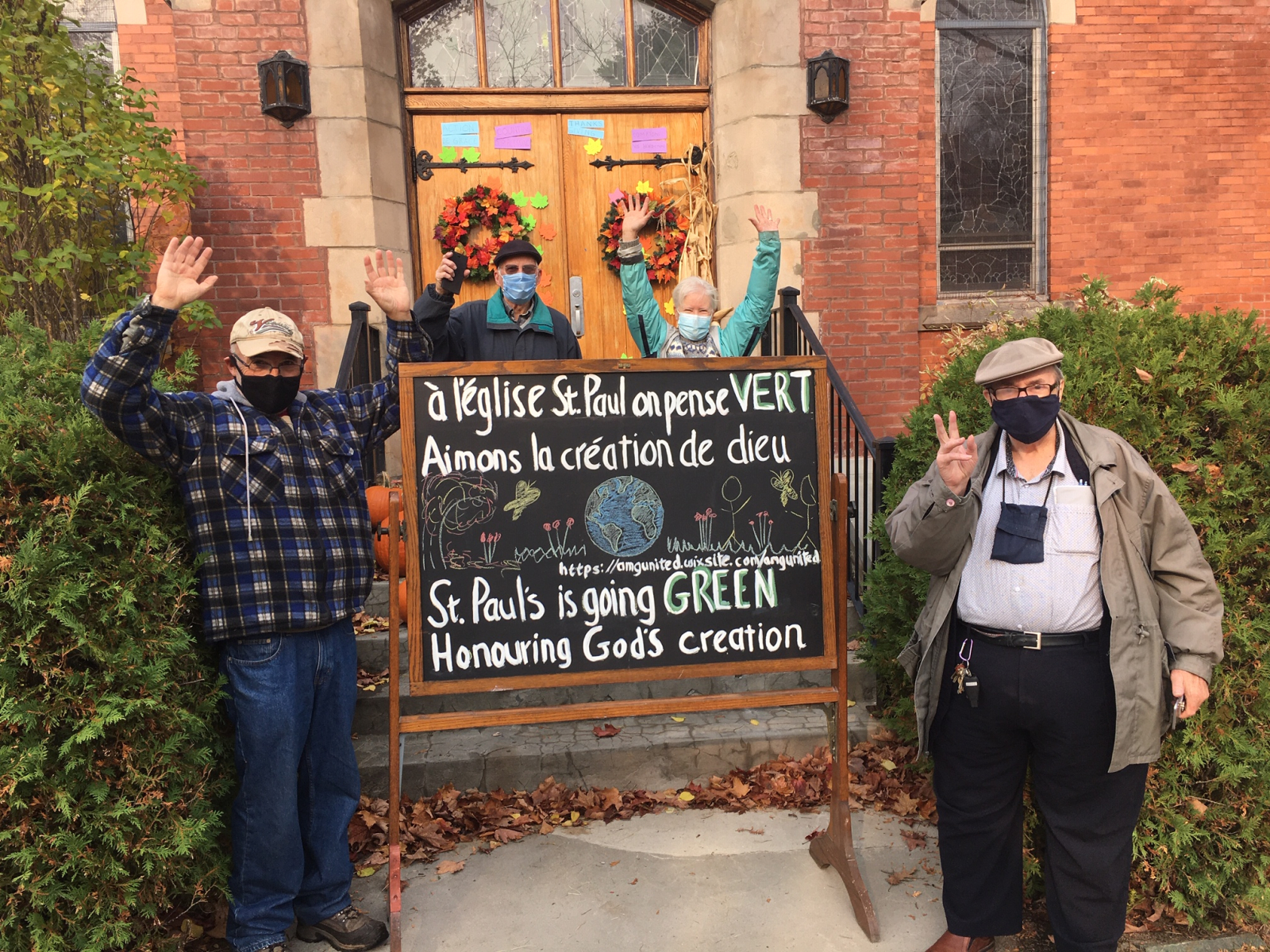 St. Paul’s United Church in Magog, Que., was built in 1930 on a quiet tree-lined road in the centre of town. At its heart was a temperamental, coal-powered furnace nicknamed “Bessy,” which struggled to heat the building through its massive cast iron radiators.

Bessy was eventually upgraded to gas, but its reliability had been degrading over its 90-year tenure. The furnace needed a good six hours to warm up every Sunday, otherwise it would clank and groan loudly from the basement, disrupting the weekly service.

“By the time the parishioners arrived, the place felt — well — the pews weren't warm,” recalls Garth Fields, St. Paul’s chairperson. By spring 2019, after yet another chilly season spent on cold, hard chairs, the church decided that enough was enough. It was time for St. Paul’s to bring Bessy into the 21st century.

For Rev. Lee Ann Hogle, finding an environmentally friendly alternative to the gas-powered system was a top priority.

“The environment is really important to me,” she says. “We all have a responsibility to care for one another. For not just human life, but all life on Earth.”

She takes inspiration from the Indigenous Seventh Generation Principle, in which actions are considered intrinsically tied to the repercussions they’ll have seven generations from now.

“In the Genesis 1 myth of creation, God gives humans dominion over all other living creatures,” she says. “We have witnessed the devastating effects of domination for the purposes of exploitation. But dominion can also be interpreted as carrying the responsibility to properly care for our world.”

Hogle isn’t alone in this belief. The United Church of Canada as a whole has been supporting environmental causes for more than 40 years. In 2015, the church voted to divest completely from fossil fuels, and has committed to reducing its greenhouse gas emissions by 80 per cent by 2050.

In 2018, the church started its Faithful Footprints grant program, which offers up to $30,000 to congregations trying to make environmentally friendly renovations. More than $3 million has already been raised for the program.

Renovations are a central focus for the church, as many of its buildings are older and face similar problems as St. Paul’s in Magog. They’re inefficient and drafty, and retrofits can cost hundreds of thousands of dollars.

“We have witnessed the devastating effects of domination for the purposes of exploitation. But dominion can also be interpreted as carrying the responsibility to properly care for our world,” says Rev. Lee Ann Hogle of St. Paul's United Church.

“The program was designed in such a way to support the best local solutions,” explains Christine Boyle, a Vancouver city councillor and an ordained United Church minister who helped design and launch the program. “For a lot of buildings, that means new furnaces or heat pumps. A lot of the buildings needed to be sealed up.”

A number of congregations in Alberta used the money to install solar panels, which — in addition to heating the buildings — make for “strong visual statements of the church’s priorities,” says Boyle.

St. Paul’s got nearly $25,000 in funding from the Faithful Footprints program. With that help, it was able to properly insulate the building for Canadian winters and convert the clanky iron radiators into standalone electric units.

“The radiators weigh hundreds of pounds,” says Fields. The contractors had to lift them out of the church with cranes, then manoeuvre through the narrow, dark crawl space below the sanctuary to wire up the new system.

“It was a pretty dirty job,” he recalls. The contractors didn’t end up removing Bessy’s main unit, however. It was just too massive.

The switch cut the church’s carbon emissions by 15 per cent, and reusing the ancient radiators kept them out of the landfill. Different areas of the church can now be heated individually with ease, a task that used to cause headaches for staff. The organ, for instance, is sensitive to temperature drops and needs to be kept warmer than the rest of the church.

Church leaders are so pleased with the success of this project, they’re going to repeat the process with their one remaining gas furnace in the hall.

Environmental motivations aside, the biggest benefit of the new system is a very tangible one: “You never have to sit on a cold pew!” Hogle says, laughing.