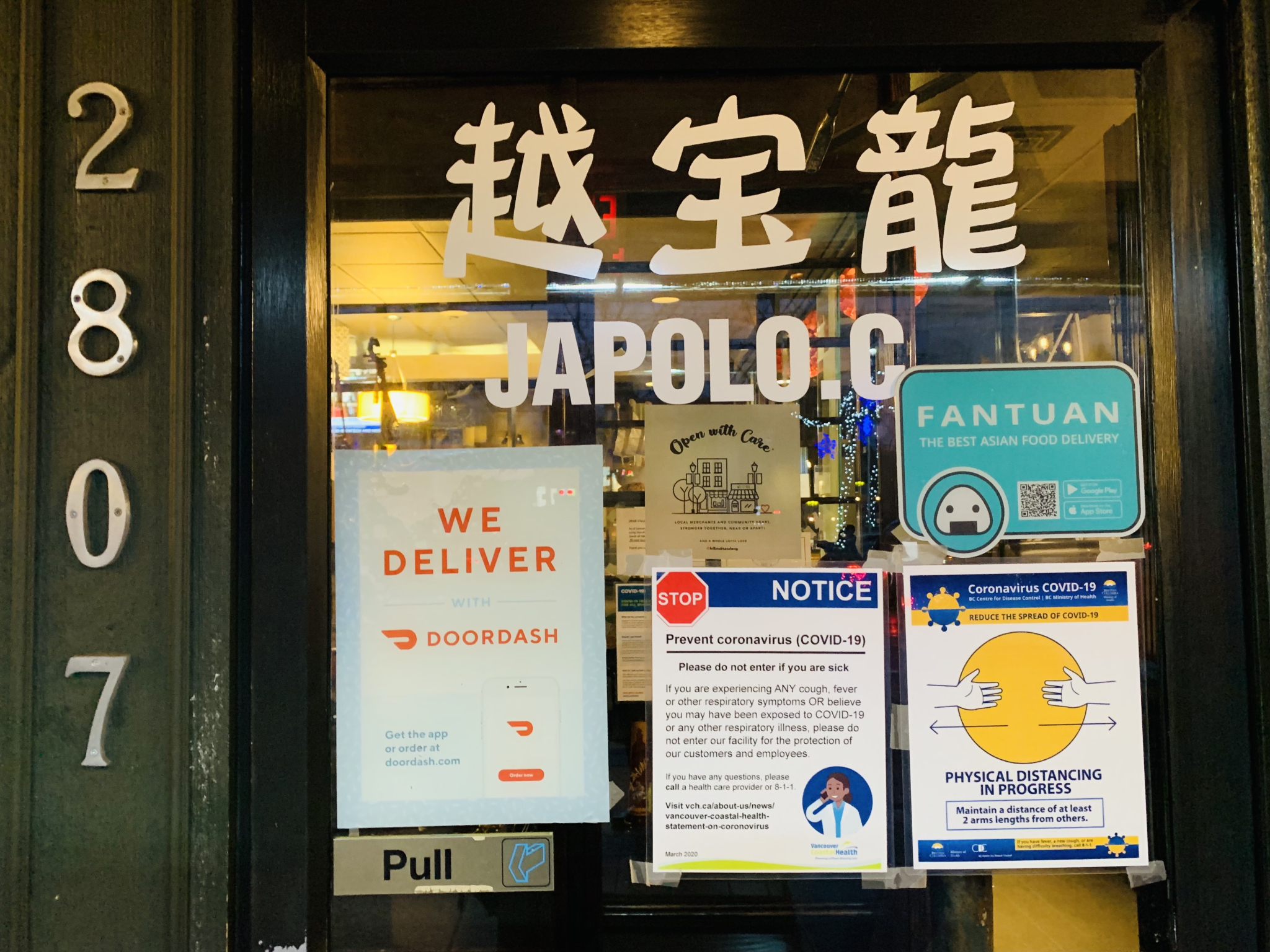 High delivery costs are eating into the dwindling profits of restaurant and food companies struggling during the pandemic, but one expert says new pricing models could help them survive.

Michael von Massow, a professor and food economist with the University of Guelph’s department of food, agricultural and resource economics, believes the entire business model of food delivery services is broken.

With such high commission rates and low margins, some restaurants are better off staying closed than selling through delivery apps and losing money, he said.

Some food delivery companies have lowered their fees during the pandemic, but not by enough to ensure restaurants survive. The problem has become so severe that governments have indicated they might be prepared to limit the amount delivery services can charge restaurants.

During the recent B.C. election campaign, the NDP government promised to bring in a 15 per cent cap on delivery fees for six months to help restaurants through the pandemic.

In Ontario, the Conservative government has introduced legislation to cap delivery fees at 20 per cent of meal costs, inclusive of all fees, with fines of up to $10 million for non-compliance.

Von Massow says fee caps and regulations provide a short-term solution in times of crisis but should not be used as a long-term option.

Nonetheless, Ian Tostenson, president of the BC Restaurant and Foodservices Association, hopes the provincial government will introduce regulations in B.C.

“They're charging the restaurants up to 30 per cent of the meal cost for delivery. And at 30 per cent, there's no profit left,” he said.

Von Massow says in order to make money, restaurants will have to increase their prices. But he warned price hikes must be introduced in increments or customers will flee.

He predicts demand for delivery and food prepared outside homes will continue to rise.

And he said large delivery companies will eventually have to offer restaurants a wide range of choices at different rates, rather than a one-size-fits-all option. These could include reduced pickup fees instead of zero fees, specific delivery-only fees and a higher fee for the complete package.

“Uber Eats is doing some things to help these restaurants survive, but I think they're doing it very strategically in a way to maintain connection with those customers,” von Massow said.

As a short-term solution, the company introduced a delivery-only function at a reduced service charge where restaurants take the order and use the Uber Eats platform to get the food to customers.

The delivery service provider also has a pickup-only option that allows customers to place an order on the Uber Eats app but pick it up from the restaurant themselves with no delivery charges. This allows the delivery company to keep users coming to its platform.

Von Massow said this enables Uber Eats to maintain a customer base, keep drivers busy and allows the company to stay engaged with that restaurant.

To help restaurants and retain clients during the pandemic, SkipTheDishes reduced its fees with a rebate program on both takeout and delivery services.

Von Massow said an entirely different model could also evolve among small restaurants and ghost kitchens (a cluster of kitchens that come together for food preparation). They could work together to form delivery-service co-operatives, allowing them to set their own delivery prices at a level that makes them money.

Tostenson said his organization is working with B.C. delivery companies that promise to take orders and deliver them at 15 per cent of the meal cost, significantly less than restaurants pay now.

“I think that we need to create competition with local companies and I think that in the long term, B.C. will support local B.C. companies,” Tostenson said. “But it's going to take a while to get there.”

Von Massow predicts breaking into the food delivery market will not be easy.

Brands like Ubers Eats, DoorDash and SkipTheDishes are familiar names to customers, making marketing a new service a challenge, he said.

As for co-operatives, “you also have to say, who's going to pay for what, and who gets priority?” he added, noting restaurants can have clashes over deliveries.