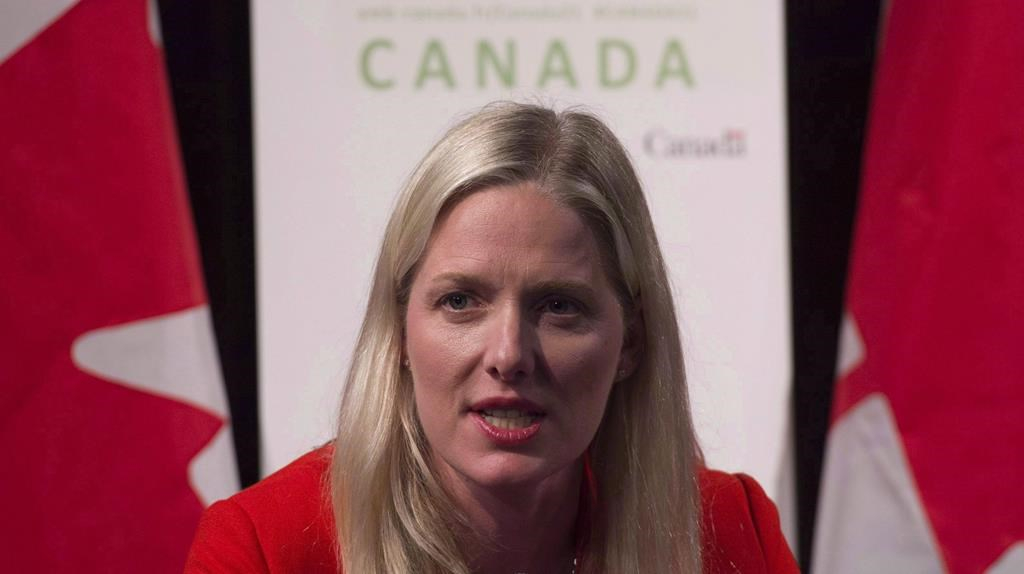 Canadian Minister of Environment and Climate Change Catherine McKenna speaks during a news conference in Paris on Nov. 29, 2015. File photo by The Canadian Press/Adrian Wyld
Previous story
Next story

Five years after it was passed, the Paris agreement may finally be changing the climate on climate change.

"I've always known we're not going to act as soon as we could have," said Mark Jaccard, a widely consulted energy economist at Simon Fraser University.

"I also know that when we do start to act, it'll be very fast. It'll be one of those tipping points and it could be that we're at one right now."

On Dec. 12, 2015, 196 countries met in Paris and put their signatures on a legally binding treaty to do what it took to limit global warming to below two degrees Celsius and to create carbon-neutral economies by 2050.

Progress on those promises has been spotty.

The United Nations annual emissions gap report released this week points out that greenhouse gas emissions have continued to grow and reached record levels in 2019. Even with a seven per cent decline in emissions expected this year because of the COVID-19 pandemic, atmospheric concentrations are expected to rise.

The Liberal government has committed Canada to being carbon neutral by 2050. But it has released no plan for the three to four per cent annual cuts that it would take to get there. Canada has never met any of its previous climate goals and is one of five G20 countries behind on its Paris commitments.

"We have a much stronger climate movement that we did," said Keith Stewart of Greenpeace. "A lot of the big forces in the world are starting to line up behind the transition."

More and more financial institutions — including, just this week, the $225-billion New York state pension fund — are divesting from fossil fuels or decarbonizing. The UN says 126 countries, including China, have either adopted binding net-zero goals or are considering them.

Five years after it was passed, the #ParisAgreement may finally be changing the climate on #ClimateChange #climateambitionsummit

The cost of renewable energy is plummeting — 90 per cent for solar power, says an Oxford University publication. Some countries — again, including China — are putting end dates on the sale of gas-powered vehicles.

"The effort is picking up speed," Jaccard said.

Without Paris, Canada wouldn't have achieved what it has, federal Environment Minister Jonathan Wilkinson told an online webinar Thursday.

"Canadians were really tired of inaction," he said. "The pan-Canadian framework was something that came out of the Paris agreement."

"The Trudeau government is the only federal government Canada's had that is implementing the pricing and regulations that actually reduce emissions," Jaccard said.

"We know that more ambition will be required."

More is needed than just a new set of targets, Stewart said. Canadians who depend on the fossil fuel industry need help with the transition.

"There's a whole bunch of people who are going to be hurt badly if we don't do this properly," he said. "The rest of the country is going to be supporting Alberta, Saskatchewan and Newfoundland."

Jaccard said some way may be needed to prevent countries that aren't limiting emissions from having a trade advantage. Tariffs that penalize products from high-carbon jurisdictions are being discussed both at home and abroad, he said.

"How do you get any kind of collective action when there are easy rewards for cheating? You have to have penalty mechanisms."

Paris made a real difference and progress is out there, said Jaccard.

"I react strongly to people who say it's too late. The evidence doesn't support it.

"It's harder, which means we've taken longer to act on it, but I always knew we would act."

How America's exit could impact the future of the Paris Agreement