By Elizabeth McSheffrey | News, Energy | October 5th 2016
#522 of 2006 articles from the Special Report: Reports from the Race to a Safer World 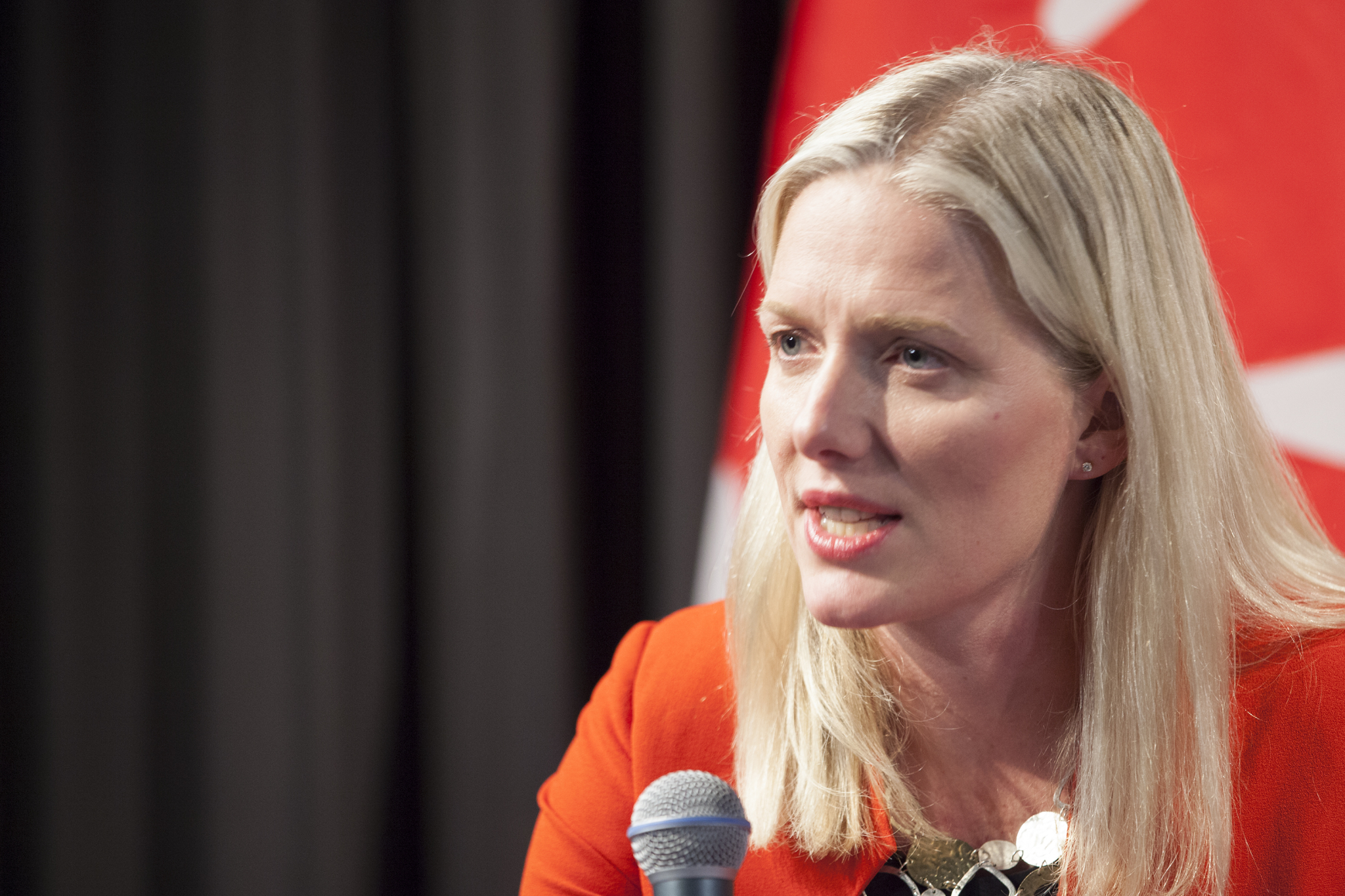 Canada has officially joined the ranks of more than 60 countries around the world that have formally ratified the Paris climate change agreement.

More than 200 federal MPs voted in favour of the motion in a historic vote on Wednesday evening in the House of Commons, while 81 — mostly Conservative — opposed it. The NDP sided with Trudeau's Liberals on the vote, helping to tip the international scales on the global deal to reduce greenhouse gas emissions.

The non-binding accord aims to keep global warming below 2°C this century. It will come into force on Nov. 4 after 55 countries, accounting for at least 55 per cent of global emissions, have adopted it, according to a press statement issued earlier that day from United Nations Secretary-General Ban Ki-moon.

Canada is among the 191 signatories to the international climate agreement, including the European Union and Nepal, which expressed similar support on Wednesday as well.

Its formal ratification has been hotly-contested however, amidst concerns from critics that the Trudeau government's current climate action plan will not be sufficient to meet these international targets.

Earlier this week, Environment and Climate Change Minister Catherine McKenna announced a national carbon pricing plan for 2018 that forces provinces and territories to adopt a carbon tax or cap-and-trade system with a minimum price per tonne of $10 to start, rising to $50 per tonne by 2022 — or the federal government will come up with one for them.

"I think the Paris accord is an improvement over other agreements that have come forward," Michelle Rempel, Conservative MP for Calgary Nose Hill, told reporters in Ottawa on Wednesday afternoon. "The motion that's in front of the House today, though, isn't just about the Paris accord. It's really, I think, a tacit endorsement of the government's proposed new tax on Canadians, which I don't support for two reasons."

Rempel said the federal government has "shown no data" that the $50 price on carbon in 2022 will reduce the demand for high-emissions products and the entire scheme will stifle economic growth. She, along with Tory leadership hopefuls Maxime Bernier, Michael Chong, Kellie Leitch, Erin O'Toole, Andrew Scheer, and Brad Trost are among the MPs who voted against ratification of the accord on Wednesday.

But Conservatives weren't the only disappointed by aspects of the outcome. After the decision on Wednesday evening, federal NDP leader Thomas Mulcair expressed frustration that an NDP subamendment to the motion that included working with Indigenous governments to develop concrete plans to fight climate change, was rejected.

In a press statement released that evening, he said the Grits have not lived up to their commitments to First Nations consultation or effective action on climate change.

"The Liberal government was elected on the promise that they would do things differently,” he said. “Liberals very clearly promised a new era and a nation-to-nation relationship with Indigenous peoples but instead, today, they stood in the House and rejected our efforts to include Indigenous governments in the plan to fight climate change.”

He also condemned the Trudeau government's recent adoption of Harper-era emissions targets of 17 per cent reduction from 2005 levels by 2020 and 30 per cent by 2030.

Despite these criticisms, speaking with reporters on Wednesday afternoon, McKenna said it was a "really great day" for Canadians that marks a step forward after 10 years of "inaction" on climate change under the Harper government. The ratification of the Paris agreement also pledges support for the Vancouver Declaration, in which Canada’s premiers agreed during meetings in March to look at market mechanisms for carbon pricing within their own jurisdictions.

"We're going to take practical action to tackle climate change, to grow our economy," McKenna said outside the Commons. "And it's about the future of our kids and grandkids."

Even the details of the Vancouver Declaration however, stand contested, and on Wednesday, Conservative environment critic Ed Fast told reporters that the provinces "didn't agree to a carbon price" in the document. 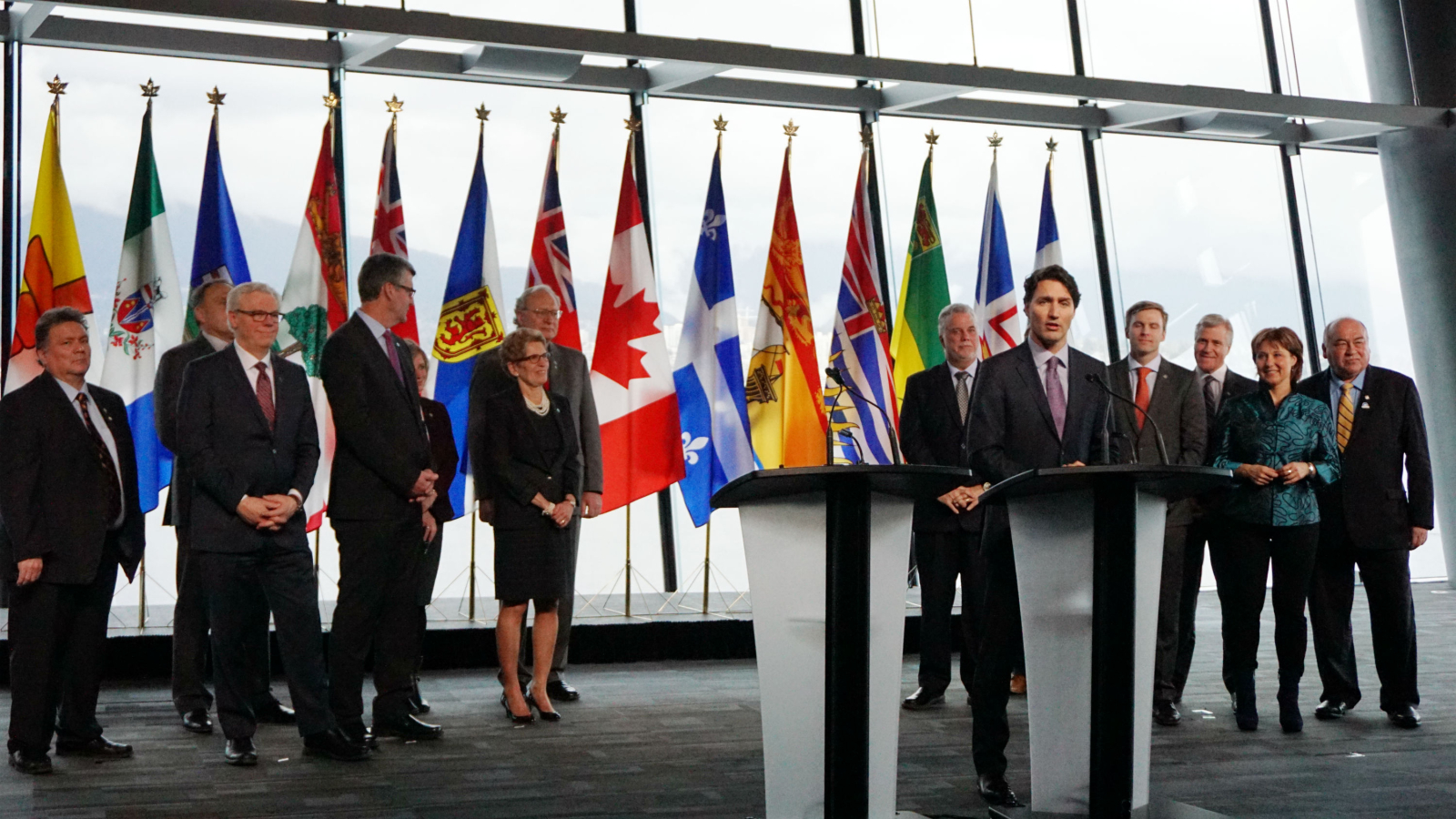 Along with the NDP's amendment, a Tory amendment to requiring the government to abandon this new carbon pricing scheme was defeated in the House during the vote.

In a scrum, McKenna summarized criticism of her carbon pricing plan — which included allegations of "disrespect" and "betrayal" from Saskatchewan Premier Brad Wall — as "differences" in views on how carbon pricing happens, but said everyone in the room that agreed that it needed to happen in one form or another.

Foreign Affairs Minister Stéphane Dion also appeared to shrug off Tory concerns with carbon pricing that led them to vote against the Paris agreement later that evening.

"Well too bad for them," he told reporters in French. "Too bad for them. The whole world is mobilizing to fight climate change, and we will do it without the Conservative Party of Canada. They've been blocking us for 10 years anyway."​

Canadian representatives will attend United Nations climate conference in Morocco between Nov. 7 and 18 to discuss implementation of the Paris accord. If Canada meets its obligations outlined in the accord, it could mark a shift from successive federal governments that made commitments they couldn't keep, including withdrawal from the Kyoto Protocol in 2011 and Canada's projected failure to meet 2020 reductions targets agreed to in the 2009 Copenhagen Accord.

By Bruce Cheadle | News, Energy, Politics | September 16th 2016
Reports from the Race to a Safer World