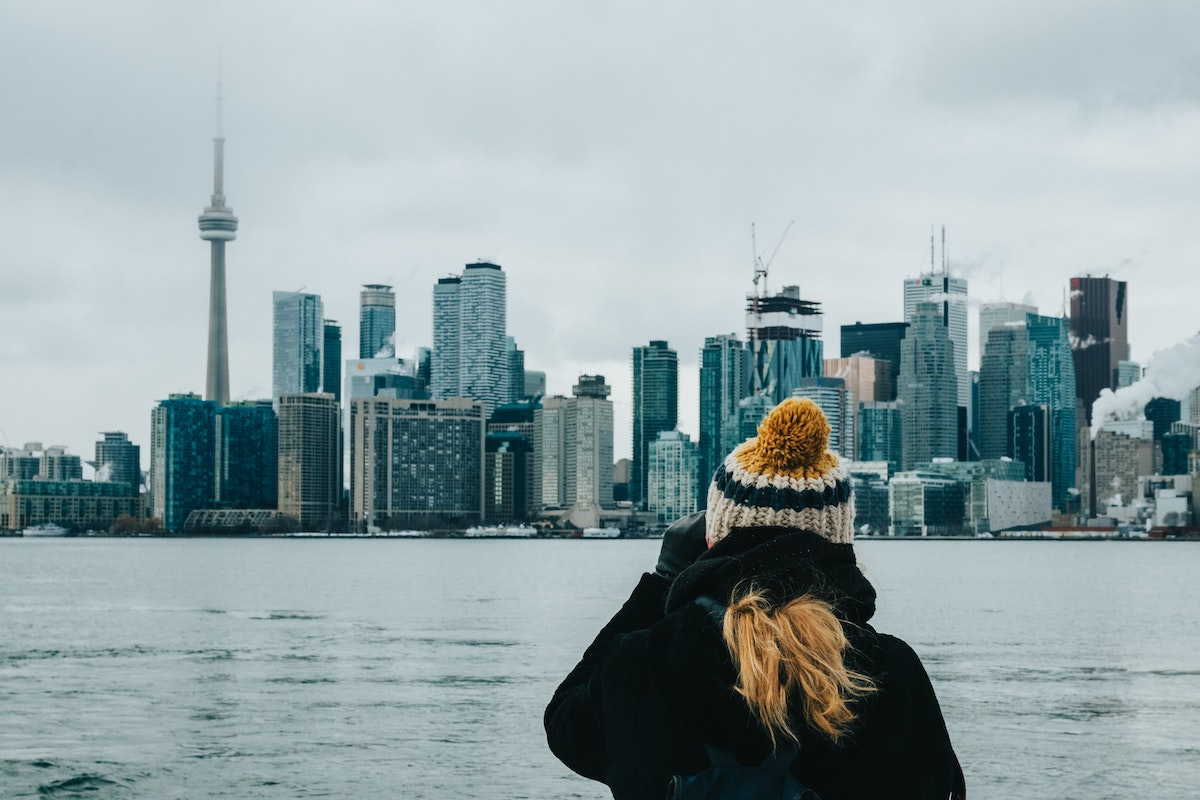 The Toronto skyline from Ward's Island. Production of concrete, metal, plastic, bricks and asphalt is greater than the mass of living matter on the planet, new research says. Photo by Caio Silva via Unsplash
Previous story
Next story

The giant human footprint stamped across the world in 2020 is greater than the impact on the planet of all other living things, research suggests.

The amount of plastic alone is greater in mass than all land animals and marine creatures combined, the study estimates.

While human beings might believe in “the immensity of the globe and the seeming infinity of the natural world,” the researchers say they wanted to provide an objective and rigorous measure of the reality of the balance between man and nature.

Their research shows that human activity including production of concrete, metal, plastic, bricks and asphalt has brought the world to a crossover point where human-made mass — driven mostly by enhanced consumption and urban development — exceeds the overall living biomass on Earth.

On average, every person in the world is responsible for the creation of human-made matter equal to more than their bodyweight each week, the paper published in Nature says.

The research found that the stamp of humanity has been increasing in size rapidly since the beginning of the 20th century, doubling every 20 years.

The researchers support a proposal to name the current epoch as Anthropocene, reflecting the abrupt and considerable impact of human activity.

Ron Milo, of the Weizmann Institute of Science in Rehovot, Israel, and colleagues examined changes in global biomass and human-made mass from 1900 to the present day. They calculated dry weight estimates, excluding water. Anthropogenic mass is defined as the mass embedded in inanimate solid objects made by humans and does not include waste.

The dominant categories in the analysis were human-made mass in the form of buildings and infrastructure, composed of concrete, aggregates, bricks and asphalt. As for global biomass, the majority is accounted for by plants and shrubs.

On average, every person in the world is responsible for the creation of human-made matter equal to more than their bodyweight each week, a new study says.

They found that at the beginning of the 20th century, the mass of human-produced objects was equal to about three per cent of the world’s total biomass. But in 2020, human-made mass has reached about 1.1 teratonnes, exceeding overall global biomass.

As human-made mass has increased, so too has the impact on plant biomass.

“Since the first agricultural revolution, humanity has roughly halved the mass of plants,” the authors write. “While modern agriculture utilizes an increasing land area for growing crops, the total mass of domesticated crops is vastly outweighed by the loss of plant mass resulting from deforestation, forest management and other land-use changes. These trends in global biomass have affected the carbon cycle and human health.”

Over the decades there are rises and dips in human impact, including sharp increases after the switch in the 1950s from bricks to concrete and the use of asphalt for pavements in the 1960s.

“Shifts in total anthropogenic mass are tied to global events such as world wars and major economic crises,” the paper says.

Most notably, there are continuous increases in human-made mass of more than five per cent per year from the period immediately following the Second World War, which became known as the “great acceleration” and was characterized by enhanced consumption and urban development.

Conversely, during times of downturn the weight of the human footprint decreases. There are key dips seen during the Great Depression and the 1979 oil crash.

“The face of Earth in the 21st century is affected in an unprecedented manner by the activities of humanity and the production and accumulation of human-made objects,” the researchers say.

Since 1900 overall biomass has decreased slightly, whereas human-made mass has increased rapidly to a production rate of more than 30 gigatonnes (30,000,000,000 tonnes) per year. If human production continues at this rate, the weight of our impact will exceed three teratonnes by 2040.

“This study joins recent efforts to quantify and evaluate the scale and impact of human activities on our planet,” the paper says. “The impacts of these activities have been so abrupt and considerable that it has been proposed that the current geological epoch be renamed the Anthropocene. Our study rigorously and quantitatively substantiates this proposal.”

"Human made" or not is

"Human made" or not is probably fairly irrelevant. "Human-made mass" inspires mental contortionism, but even so is beyond wrapping a brain around.
Paper is "human made" to the same extent as bricks are. And neither have the impact of, say, plastics.