Newfoundland and Labrador hit by 'Snowmageddon' and pandemic, confronted hunger in 2020 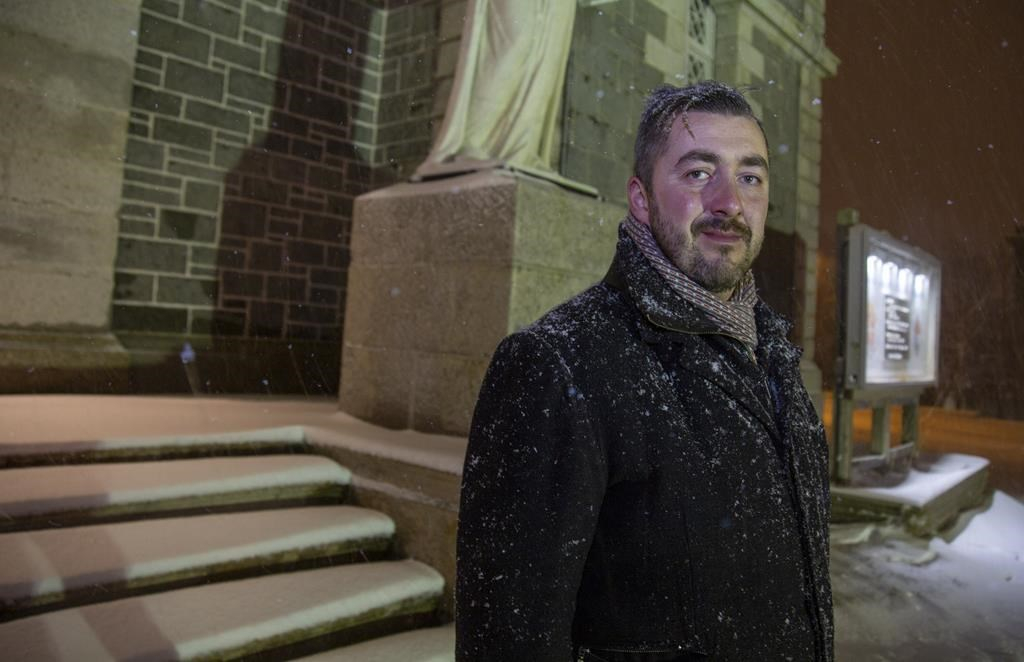 Josh Smee, CEO of Food First NL, poses for a picture on Sunday, December 13, 2020 on the grounds of the Basilica of St. Johns the Baptist in St. Johns, NL. Photo by The Canadian Press/Paul Daly
Previous story
Next story

Skipping meals is dangerous for a diabetic, but Janine Ryan finds she sometimes has no choice if she wants her kids to have enough to eat.

Ryan is a welder, but she lost her job when the pandemic hit. She was on the Canada Emergency Response Benefit and then qualified for employment insurance, but neither came with drug coverage. After paying up to $400 a month for insulin and other medications, there often isn’t enough left to cover groceries for herself and her two kids at home, she said in a recent interview.

She said she’s been using food banks since June, but while she's grateful, it’s not enough. The number of times people can access Newfoundland and Labrador food banks each month is limited, and so is the selection of food. Most is canned, little is fresh, and there isn’t much protein.

“I know I shouldn’t rely on them, and I’m not relying on them,” Ryan said in an interview. “It’s just that little kids eat a lot.”

Back in January, when COVID-19 was still a distant concern for most in Canada, a record-setting blizzard hit St. John's. Known locally as Snowmageddon, it paralyzed the city for close to a week as Canadian Armed Forces personnel shovelled people out from nearly a metre of snow. The storm exposed how close many in the province were to going hungry, and it sparked community efforts to bring food to people whose cupboards couldn’t sustain them for more than a day or two.

“I think the situation made it OK for people to be in need, and there are just so many people in need,” said Emilie Bourque. She manages Airbnbs in St. John’s and was pulled into the effort after she was out giving exhausted shovellers treats she normally keeps for guests at her properties.

While the community mobilization was inspiring, those who’ve been fighting food insecurity in the province say 2020 came with bad news as well as good. The bad news is the advocates say there are many new food bank users out there like Ryan and many more to come. Josh Smee, CEO of Food First NL, says the reasons include a tax reckoning for CERB recipients and a spending reckoning for a provincial government with a $1.84-billion deficit and a population of just 520,000.

The good news is that some feel the province is closer to addressing the systemic issues that lead to food insecurity than it has been in years, and that would make the coming reckonings manageable for those most vulnerable to their effects, said Smee, who has worked in the field for a decade.

“It feels more possible than it's ever felt since I've been involved in social policy,” Smee said. Food insecurity comes from income insecurity, so fixing income insecurity is the key, he said. “I really think we’re now at a point . . . of really rethinking the charity model of food aid.”

A few months after the January blizzard, the arrival of COVID-19 rendered more people vulnerable and pulled even more people into the movement to help, Smee said. Trevor Taylor and Evan Parsons, founders of the LGBTQ group Fogo Island Pride, wound up running a program buying and delivering groceries for 30 families on the island off Newfoundland's northern coast.

People in Newfoundland and Labrador went hungry this year due to storms and pandemic. #food #Covid19 #Snowmageddon #foodsecurity #Nfld

“I think it showed just how vulnerable even people who are in well-off positions are,” Taylor said in an interview. “This has made people keenly aware of what it actually means to be part of a vulnerable population.”

Newfoundland and Labrador is one of the most food-insecure provinces in the country, according to University of Toronto-based food policy research group Proof. Of Canada’s 35 largest cities, St. John’s is the most food insecure, with one in six households not sure where their next meal is coming from, according to their data.

That wasn’t always the case. Proof details a precipitous drop in food insecure households in the province between 2007 and 2012, particularly among social assistance recipients. Their research credits a poverty reduction strategy launched in 2006 by Danny Williams’ Progressive Conservative government, which increased social assistance rates and tied them to the province’s consumer price index.

That doesn’t happen anymore, and assistance rates have stagnated while the cost of living has gone up, Smee said. According to Toronto’s Maytree Foundation, a single person on income support in Newfoundland and Labrador gets just over $11,300 a year, a rate that keeps them in “deep poverty.”

Food First is one of nearly 40 organizations that have signed on to a call for a “just” recovery, which includes a basic income pilot program in the province. Even if that doesn’t come through, Smee thinks the public conversations have shifted enough that the government will have to seriously consider measures like the abandoned program indexing social assistance rates, or even a strengthened, more accessible pharmacare program that would mean people like Janine Ryan didn’t have to skip meals so her kids could eat.

People increasingly realize that food banks alone will “never be adequate,” he said.

“I think there’s this story we’ve been telling ourselves about prosperity and the oil industry that doesn’t have a lot of room in it for poverty, that poverty was something we’d left behind,” Smee said. “That’s shifted... No one is going to argue with you about the fact that poverty and food security aren’t a big deal.”