We asked political cartoonist Michael de Adder to sum up 2020 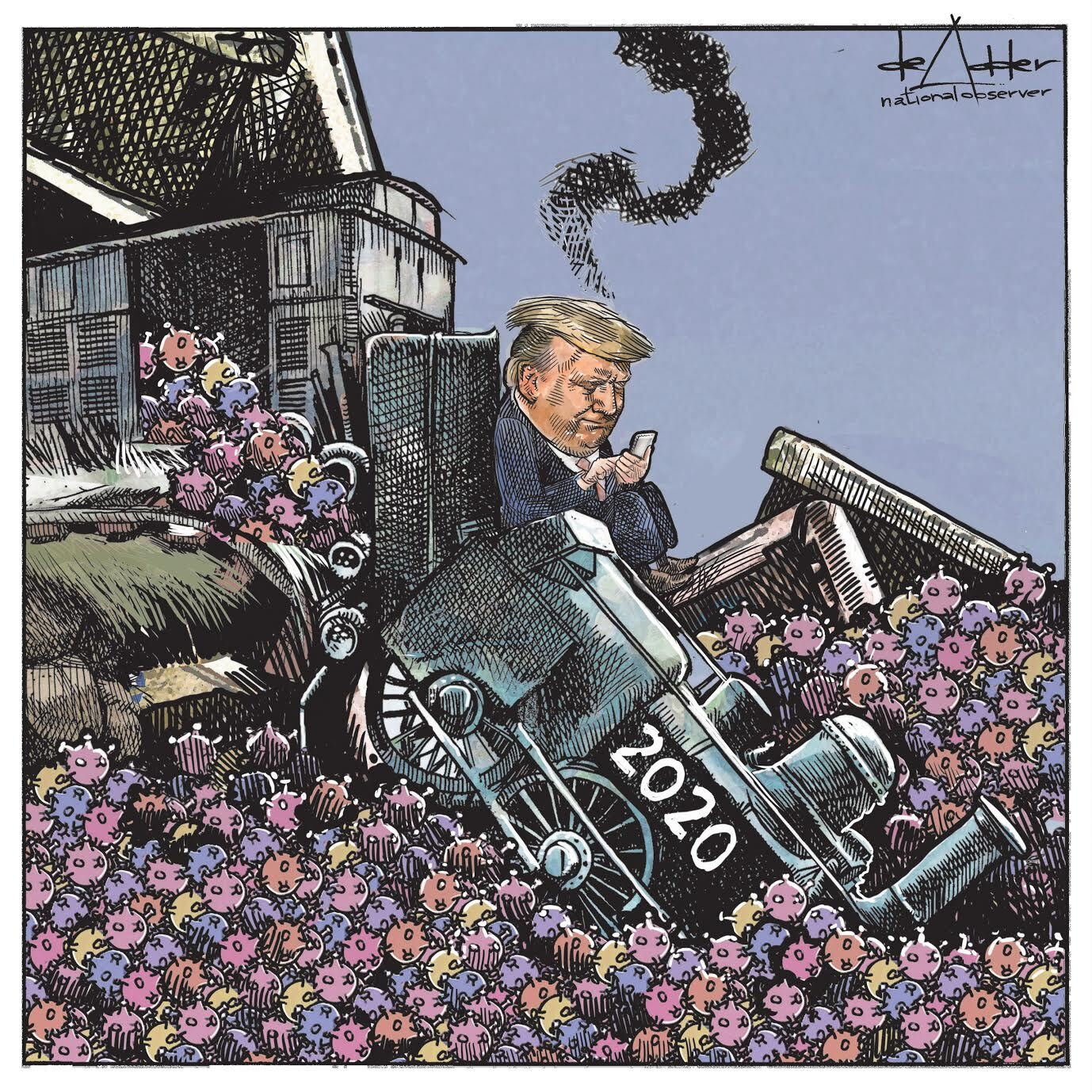 More than 18 million cases. Over 320,000 deaths. As America is ravaged by an out-of-control COVID-19 pandemic, President Donald Trump squats with his eyes glued to his phone, tweeting. A petulant grin on his face, he seems oblivious to the virus spilling out all around him in this cartoon by Michael de Adder.

In October, Canada’s National Observer editor-in-chief Linda Solomon Wood spoke to de Adder, a Halifax cartoonist whose scathing visual commentary was prominently featured by the Lincoln Project, a group of Republican and ex-Republican strategists working to defeat Trump’s re-election bid. In the live Zoom conversation, sponsored by Canada’s National Observer, de Adder spoke about the surreal experience of being tapped by American conservatives to help defeat their own party.

With the dust starting to settle after the Nov. 3 presidential election in the U.S., Trump continues to behave erratically with no plan to combat the pandemic. In the past six weeks, he has been fixated on overturning the vote, and is being repeatedly described as “off the rails” — a fitting end to the so-called “Trump train” that used to symbolize his campaign and supporters.

By Bruce Livesey | News | May 5th 2015
RACE AGAINST CLIMATE CHANGE

More important than the virus

More important than the virus surrounding the president, is the fact that he has killed so many people. My suggestion would be to include blood on his hands, and piles of bodies, including some wearing maga hats.