One new film and my choices for the best of 2020 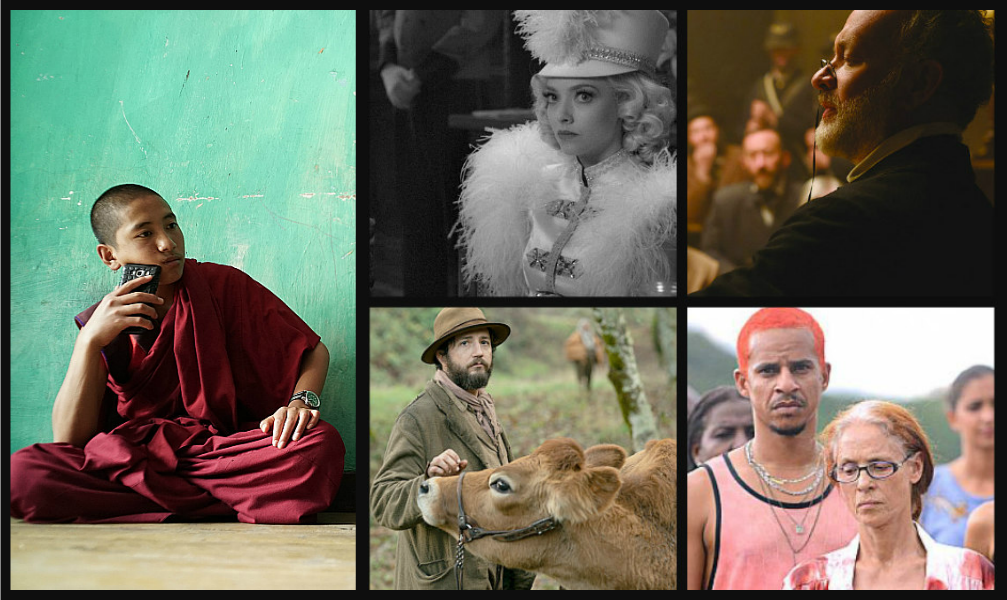 Worth a look: Sing Me A Song, Mank, News Of the World, First Cow and Bacurau.
Previous story
Next story

Don’t count. I think I’ve got more than 10. That’s because even though the theatres went dark during the pandemic, the flow of movies didn’t slow down. It just came differently. And many of the films were good. As usual, I had a tough time choosing for such a short list.

First, though, there’s this …

SING ME A SONG: This is the only new film I know of arriving today, and it looks at a theme that’s on our minds quite often. What exactly does the flood of technology in our lives do to society? Thomas Balmès, the French documentary maker, explores it in the tiny Himalayan country of Bhutan. He was there 10 years ago filming a young boy’s journey to become a Buddhist monk. That was when the country finally brought in television and the internet (the last country in the world to do so). The boy, named Peyangki, was suddenly exposed to the outside world. “I want to see airplanes and tall buildings,” he said. The mood in the film was wary, but optimistic.

Now, a decade later, he’s a monk all right, but his world has changed. The older ones chant and intone their prayers as you expect, but the young ones are staring at their smartphones. Peyangki plays violent video games depicting war. He’s neglecting his school work and his religious obligations. “I’m too far from Buddha now,” he says. Further, he’s on a social media service called WeChat and connects with a woman (Ugyen Pelden) in the country’s capital who sings for him. He asks for love songs. With money earned from mushroom harvesting, he travels to go see her, and I won’t tell it all, but there are surprises. And disappointments. They land with a jolt in this unusual case study about progress. (streaming here starting Friday) 3½ out of 5

THE 10 (PLUS ONE) BEST MOVIES OF THE YEAR

Making this list is always hard for me. Many, many contenders, even this year as the pandemic pushed some of the big ones off into the future. Smaller independents got far more attention than usual, and originals on Netflix and other streamers came along with no slowdown at all. My list reflects both trends.

It does not include films that haven’t played here yet. Nomadland starring Frances McDormand, for instance. I’d love to put it up there high, but it won’t be out until February. The same thing happened last year to 1917, which didn’t arrive until mid-January. It seems so long ago now to call it a 2020 film.

I didn’t include Tenet, the last film I saw in a theatre, Wonder Woman 1984 or Soul because for all their size and craft, they have story problems.

Serious themes were big this year. Among them: What has happened to America? No surprise, I guess, but it does show up in a variety of ways in several films, and not just documentaries. Also: economic inequality, racism and, here in Canada, Indigenous issues.

BACURAU: Obscure? Maybe, and not at Cannes, where it won a big award. It’s from Brazil and is both very clever and very odd. The title refers to a tiny village where Sônia Braga, as a local doctor, is under political pressure from corrupt government types outside (the town’s name is disappearing from official maps), and then an attack by mercenaries. Watch it as a critique of right-wing politics or as an action film.

BEANPOLE: The lingering effects of war are rarely portrayed with as much emotion and humanity as in this film from Russia. It focuses on the impact it has on women by contrasting two friends shortly after the Second World War. One is suffering trauma, works with patients in a hospital and cares for the three-year-old son of her friend who likes to go out dancing. You’ll remember them for a long time so raw is the depiction of their life, but at the same time, so strong is their drive to maintain hope.

COLLECTIVE: One of the best movies about journalism, and it’s from Romania, of all places.

A nightclub accident twigs one investigative reporter to look a little deeper, and he finds a huge vat of corruption. It reaches high, in and out of the country, and involves respectable people no one would suspect of even needing to do wrong. It’s a gripping documentary.

There’s a surface story: five Vietnam War vets go back to find a stash of gold the CIA had lost in a battle that killed their leader (Chadwick Boseman). Underneath is a passionate dissertation on racism at home and at war, and the drive by Black friends to exert their power. Delroy Lindo is a cinch to get an Oscar nomination.

DAVID BYRNE’S AMERICAN UTOPIA: This vibrant concert film, which doesn’t feel like only that, is also from Spike Lee.

It is the show that the former Talking Heads frontman presented on Broadway. He performs 23 songs, all but three written by him, while a troupe of players (mostly percussionists) march, dance and pose as they accompany him and fabulous camera work makes it all visually interesting. The highlights are robust versions of Once in a Lifetime and Burning Down the House, but the whole show is wonderful. David Byrne has short observations about America and a lengthy nod to 15 Black people who died in police violence. (streaming on Crave)

FIRST COW: Subtly sitting in the background of this pioneer-era story is a critique of American business. Two friends get to the Oregon territory and start a small business baking and selling pastries. To do that, they steal milk from the only cow in the region.

A local businessman (Toby Jones) brought it there as a status symbol, and is not happy when it seems not to be producing. Two ideas of capitalism clash in this beautiful but leisurely film by Kelly Reichardt.

KUESSIPAN: This is my favourite Canadian film this year. It’s from Quebec and is a moving exploration of the lives of two Indigenous women. Friends forever, they declare, but as they grow up, that’s severely tested. One wants to leave the reserve; the other is happy to stay. There’s an emotional confrontation coming, told with power and authenticity. Since the National Film Board has shelved its best Indigenous film, Inconvenient Indian, watch for this one. Moving and beautifully made.

MANK: This Netflix film is not just about the writing of the classic film Citizen Kane. It’s more than that. While Herman J. Mankiewicz was writing the screenplay, he was laid up in bed with an injury, and in between dictation sessions, he had flashbacks to everything he experienced in Hollywood.

NEVER RARELY SOMETIMES ALWAYS: This one is quiet but potent. Two young women travel the stultifying corridors of reproductive health (one needs an abortion). She can’t get it in her small Pennsylvania town, so they take a bus to New York, deal with Planned Parenthood and a clerk at a clinic, and find hard impediments. Eliza Hittman has made an eloquent, extremely sympathetic film about what they go through.

NEWS OF THE WORLD: The Old West was just as divided after the Civil War as the U.S. is these days. That comes through in this beautiful film by Paul Greengrass starring Tom Hanks and a German wonder-child actor, 12-year-old Helena Zengel. She has been raised by Kiowa people, and he finds her after an attack by whites and agrees to deliver her to relatives. The acting by both is terrific; the depiction of the rough people they encounter is authentic. Some find the film slow. I find it evocative.

THE TRIAL OF THE CHICAGO 7: Actually that’s eight, and another film has 10. Whatever number you like, this is a compelling recounting of the court proceedings that followed the rioting outside the Democratic Convention in 1968. Vietnam War protesters were beaten and teargassed in what was later termed a police riot.

Leaders were charged with conspiracy, and the court became a circus. Sacha Baron Cohen as Abbie Hoffman versus Frank Langella as Judge Julius Hoffman, plus all the others, make great drama and often great comedy in this Netflix film created by Aaron Sorkin.